THE former boss of the BBC has savaged their “idiotic” decision to censor Last Night of the Proms branding their journalists “out of touch” on Brexit and Boris.

Former BBC chairman Michael Grade lashed out in astonishing on air rant warning the BBC is “too trapped in the Westminster bubble” and has called everything wrong from the referendum to last year’s election.

Brits traditionally belt out Rule, Britannia! and Land Of Hope And Glory on the Last Night of the Proms[/caption]

Beeb bosses have been heavily criticised over the “woke” decision to ban the words to Rule, Brittania! and Land of Hope and Glory from the Last Night of the Proms over the songs’ links to slavery and colonialism.

Lord Grade told the Today programme that the BBC had prove “they are out of touch with the rest of the country, they have shown that time and again with Brexit coverage.”

“They missed the big swing at the election and they are too trapped in the Westminster Bubble”, he added.

“The big question is what is the future for public sector broadcasting? And he urged BBC bosses to have a “long hard look and come up with a role for the BBC… which hasn’t changed in 100 years.”

And on the proms row he added it’s “clearly a mistake, it’s just idiotic.”

Boris Johnson entered the fray over Proms yesterday by blasting the “cringing embarrassment” over Britain’s history.

He said yesterday: “I think it’s time we stopped our cringing embarrassment about our history, about our traditions, and about our culture, and we stopped this general fight of self-recrimination and wetness, I wanted to get that off my chest.”

THE BBC no longer seeks to represent or entertain half the population. Why should we all still be forced to fund it?

It is clear from its news, its commentary, its dramas and its dismal, lazy comedy that it despises the voting majority which — to the out-of-touch corporation’s disbelief — repeatedly backed both Brexit and the Tories.

Its decision now to censor Rule, ­Britannia! and Land of Hope and Glory ought to be the last straw.

Boris Johnson has rightly joined many others in condemning it. And though it is not for the PM to decide the BBC’s output, his Government can and should end its publicly funded financial model.

The Beeb could turn this around. It just doesn’t want to. It dislikes much about Britain and is ashamed of our past.

Its woke staff are interested only in causes and ideas beloved of middle-class metropolitan Remainer graduates like them. Mainstream views shared by the ordinary majority, older Conservative voters in particular, are held in contempt if they are considered at all.

So Tories, who won a huge election mandate only months ago, are treated with cynical disdain. Meanwhile ­left-wing activists are routinely given platforms on news programmes where they masquerade as “ordinary people” or even Newsnight journalists.

The BBC has destroyed the case for its licence fee. It’s time the Government stopped griping about it and took action.

But the BBC said the songs would be sung next year – and said the decision to cut the lyrics was over fears of a second wave of coronavirus.

A spokesman for the BBC said: “For the avoidance of any doubt, these songs will be sung next year.

“We obviously share the disappointment of everyone that the Proms will have to be different but believe this is the best solution in the circumstances and look forward to their traditional return next year.”

Outgoing director-general of the BBC, Lord Tony Hall, has said the decision to remove the lyrics was a “creative” one, but said the issue of the songs’ association with colonial history had been discussed.

He said said it was a “miracle” that Proms boss David Pickard had put together a fortnight of live performances amid the pandemic.

When asked if the songs’ links to colonial history had been discussed, Lord Hall said: “The whole thing has been discussed by David and his colleagues, of course it has.

“The point is they’ve come to the right conclusion, which is it’s very, very hard in an Albert Hall that takes over 5,000 people to have the atmosphere of the Last Night Of The Proms, where a whole audience normally sing along,” he told the BBC’s media editor.

“It’s quite hard creatively and artistically to make that work. I think they’ve come to the right conclusion.” 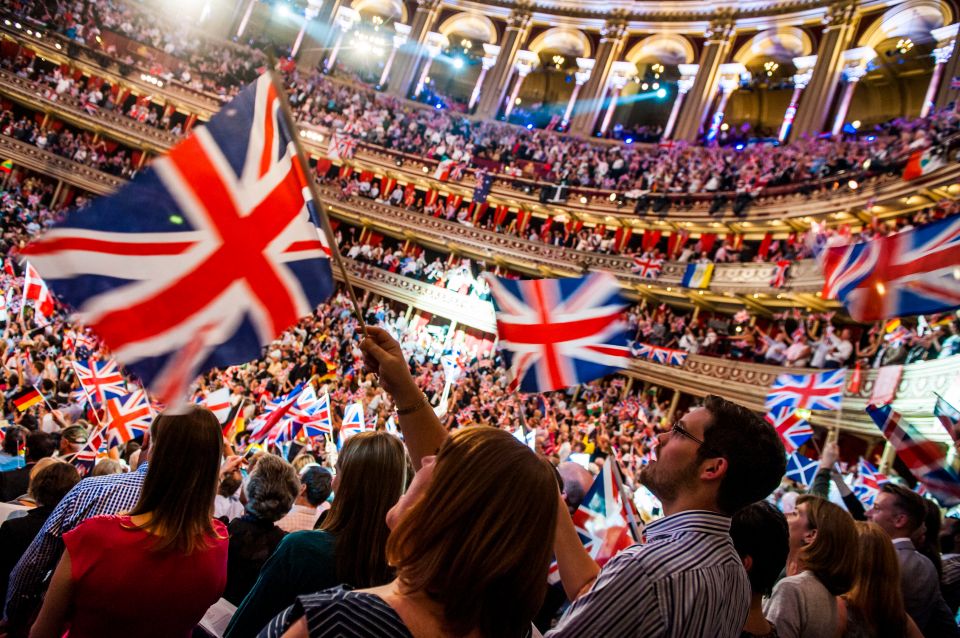 Indian merchants sue Amazon over u...

Kyrgios rips into Djokovic for lac...