HUNDREDS of mourners today paid tribute to those killed in the Reading terror attack with an emotional minute’s silence.

An emotional minute of silence was held for the victims at 10am, where crowds turned out to pay their respects.

Members of the public came out to pay respects[/caption]

The incident was classified as terror related at the weekend[/caption]

Three people have died and several others are seriously injured after a man attacked members of the public enjoying the sun in a park on Saturday evening.

She will return to the House of Commons later today to give an update to MPs.

Libyan asylum seeker Khairi Saadallah, continues to be questioned by police after being arrested on Saturday evening.

Today an American man has today been named as the second person killed in the senseless attack.

Joe Ritchie-Bennett, 39, was remembered as a “brilliant and loving” man as his dad blasted his “senseless” killing after the carnage unfolded on Saturday evening.

It is understood he was friends with James Furlong, the first victim to be named from the terror attack.

Joe’s father, Robert Ritchie, told Eyewitness News: “The family is heartbroken they have lost their brilliant and loving son. This was senseless.”

It comes after tributes poured in for Mr Furlong, an inspirational teacher.

His parents Gary and Janet, have released the following statement: “James was a wonderful man. He was beautiful, intelligent, honest and fun.

“He was the best son, brother, uncle and partner you could wish for. We are thankful for the memories he gave us all.

“We will never forget him and he will live in our hearts forever.”

Survivors and witnesses described the carnage at Forbury Gardens on Saturday evening as suspect Khairi Saadallah allegedly lashed out at groups in the sun.

The 36-year-old was remembered as a ‘beautiful, intelligent, honest and fun’ man[/caption]

The suspect is believed to have dropped his knife before fleeing from the park. A policeman then rugby-tackled him to the ground after a chase.

Questions have now surfaced after it was revealed the terror suspect was on MI5’s radar had left prison just 16 days ago.

Suspect Khairi Saad­allah was a ticking timebomb who wanted to travel to Syria to fight, The Sun revealed.

The Libyan asylum seeker, 25, was also on medication for post traumatic stress and a suspected personality disorder before his release from prison 16 days ago.

And in 2018 he was granted leave to remain in the UK for five years despite convictions for violence.


2nd Reading terror victim is American, 39, who was at park with teacher pal 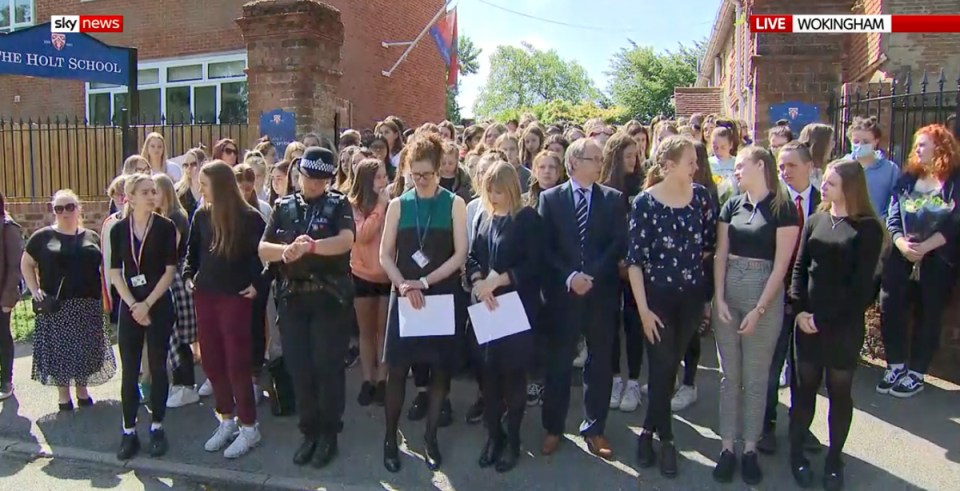