DOMINIC Cummings has used a secret coded message in an apparent snub to Carrie Symonds.

The PM’s booted adviser, who left No10 last week carrying a box of his things, said of the PM’s fiancee last night: “I wish her well”.

And he added: “I’ve nothing bad to say about Carrie.”

Yet the phase was regularly used by members of the Vote Leave team during the Brexit referendum campaign as a slight on their enemies.

Amid a furious row with their rival group Leave.EU over which Brexit group would officially be designated by officials, Arron Banks accused them of “jeopardising this historic referendum”.

But a spokesperson for Vote Leave simply said: “We wish them well.”

They sent these statements while secretly plotting against Leave.EU and other factions – both on the Leave and Remain side.

Ms Symonds was a key part of last week’s furious row within No10 about whether to promote the PM’s Director of Communications, Lee Cain, to be his Chief of Staff.

But she and others objected to the promotion, arguing the comms strategy under Mr Cain had gone off track.

And it was ruported that he and Mr Cummings had referred to Carrie as ‘Princess Nut Nuts’ in WhatsApp emoji messages – leading to fuming rows.

The news was met with fury from disgruntled MPs, which led to Mr Cain offering up his resignation.

The pair- who are long-term allies – have now been put on gardening leave as of last week.

Mr Cummings was snapped leaving No10 last Friday night with a box of his stuff.

Mr Cain is understood to have wanted to choose another candidate and pushed the PM to act.

But Boris is alleged to have said: “I am giving the job to Allegra. I’ve got to do this because if I don’t, Carrie will go f**** crackers about it.”

Yet another official denied that Ms Stratton knew about the intervention.

Cummings was ousted from No10 amid claims of a 45-minute showdown with Boris.

The PM finally lost his patience amid lockdown rows and leaks with claims he sensationally banished the guru after being shown unflattering messages that he had apparently sent about Carrie.

The PM was set to use this week to reset his premiership, after the departures of his top aides last week.

He was planning to give a speech, and host a press conference today.

But he will now be forced to isolate for nearly two weeks after an MP he had a meeting with tested positive for the virus.

He will continue to work as he has no symptoms. 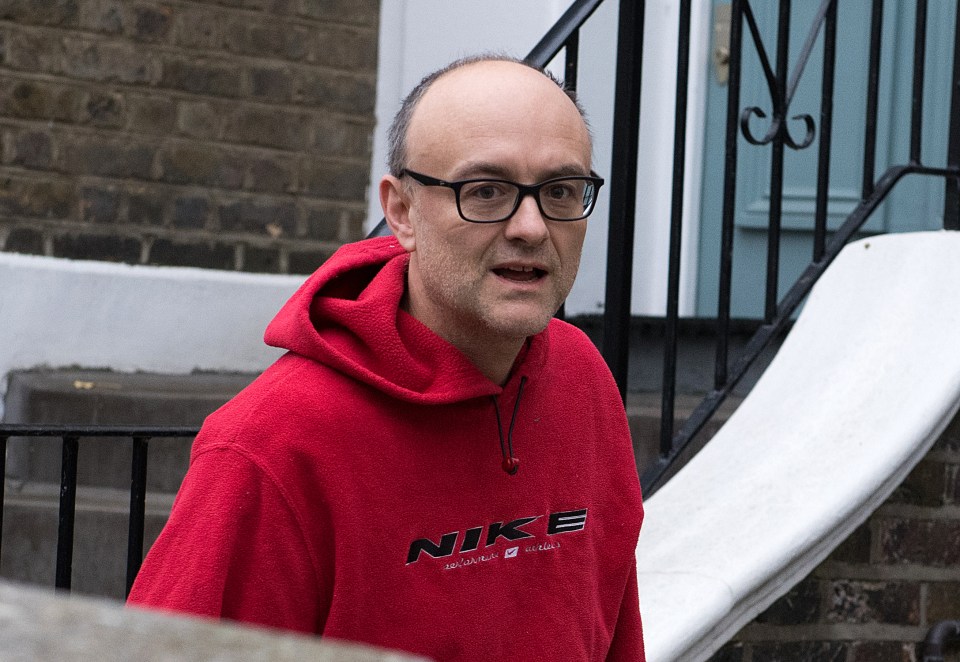