The Brexit guru, who had originally planned to leave in the New Year, chose to leave through the front door past waiting photographers carrying a cardbox box full of his possessions.

Dominic Cummings tonight quit No10 and packed up his things[/caption]

The former Vote Leave boss – who shot to political fame working on the Brexit campaign in 2016 – had confirmed his departure late last night after losing a key ally in spin doctor Lee Cain.

But it was unclear exactly when he would leave No10 for good. Mr Cain is also believed to be leaving with immediate effect.

It’s believed he left following a meeting with the PM this afternoon.

Mr Cummings tweeted tonight it was just “one evening’s reading material” in a joke at his departure.

Today MPs came out to say it was right he was going – and called for a fresh approach in No10.

The divisive figure was instrumental in the Brexit campaign and went on to be hired by Boris to deliver it following his rise to PM in 2019.

The Tory campaigner is known for his aggressive style and was played by Benedict Cumberbatch in a Channel 4 drama.

But Mr Cummings has long caused tensions in Government, wanting to overhaul the civil service and shake up crusty Whitehall departments.

His departure comes seven months after he caused uproar by bending lockdown rules to travel to be near his family while ill with coronavirus.

He was slammed by MPs and the public after driving hundreds of miles while sick – in case he and wife Mary Wakefield were unable to take care of him.

Later Mr Cummings was blasted for taking a trip out to check his eyesight was OK to drive back down to London, once the pair had recovered, but still during the strict lockdown.

Following the news Tory MPs demanded a reset to relations in No10, and the inner workings of Government.

And said it is time to restore “respect, integrity and trust” which he said have been “lacking in recent months” between No 10 and Tory MPs.

And one senior Tory MP told MailOnline that the PM didn’t know what to do with the top job now he was in it – and didn’t see him sticking around.

They said: “I think he is a bit like Gordon Brown. I want it, I’ve got it, I don’t know what to do with it. I think he’s knackered.

“I have spoken to three Cabinet members recently, all of whom at the beginning of this session thought he would be there for 10 years. Now they say he will be there 10 months.”

Asked whether Mr Johnson would fight the next election, another MP said: “Good God, no.”

Mr Cummings’ exit comes as former Chancellor Sajid Javid was revealed to be at the top of the shortlist for the role as the PM’s chief of staff, some said.

One source told The Telegraph Mr Javid would fit the bill as “someone who commands the respect of the Cabinet, who has been around Government.”

Mr Javid dramatically quit as Chancellor earlier this year, after Mr Johnson demanded the Chancellor share advisers with No10.

But appointing him could help build bridges between No10 and MPs, who have complained of being iced out under Mr Cummings’ leadership.

Mr Javid is also close to Carrie Symonds who has been credited with pushing Mr Cummings and ex No10 communications director Lee Cain.

Some senior Tories said the PM should ease him on his way on of the door.


Official Covid R rate is FALLING and could be as low as 0.9 in North West 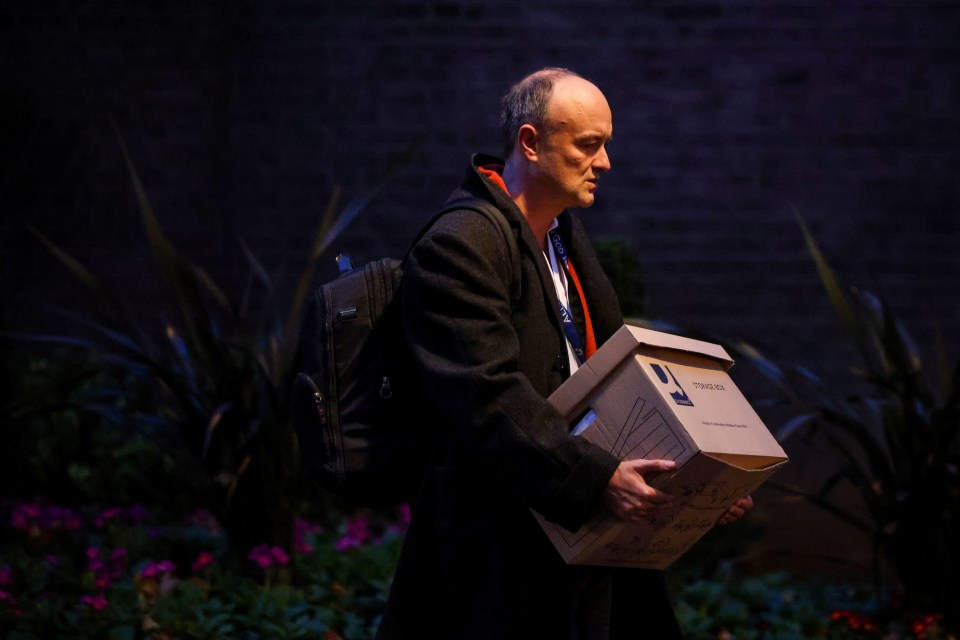