The Brexit guru, who had originally planned to leave in the New Year, chose to exit through the front door past waiting photographers carrying a cardbox box full of his possessions.

Dominic Cummings tonight left No10 and packed up his things[/caption]

The former Vote Leave boss – who shot to political fame working on the Brexit campaign in 2016 – had confirmed his departure late last night after losing a key ally in spin doctor Lee Cain.

A No10 spokesman refused to comment publicaly on tonight’s reports.

But they said: “The Prime Minister has today asked Sir Edward Lister to take on the role of chief of staff for an interim period pending a permanent appointment to the post.”

It’s understood that Mr Cummings and Mr Cain will continue to work for the PM and No10 in some form until mid-December – essentially being put on gardening leave.

Today MPs came out to say it was right he was going – and called for a fresh approach in No10.

SNP Westminster Leader Ian Blackford MP said: “Boris Johnson’s most senior advisers are abandoning the Prime Minister like rats on a sinking ship – just as the UK faces a devastating extreme Brexit, a second wave of coronavirus, and a growing Tory unemployment crisis.”

Labour MPs were jubilant, with Rupa Huq saying at the news: “Rejoice rejoice”.

Darren Jones raged: “Imaging causing so much damage to the country and then having the audacity to leave via the front door, in the knowledge you’ll be photographed walking away from the carnage you caused without any accountability whatsoever.”

And Jess Phillips joked: “Only in films do people leaving their jobs carry a box with a plant pot in it.”

The divisive figure was instrumental in the Brexit campaign and went on to be hired by Boris to deliver it following his rise to PM in 2019.

The Tory campaigner is known for his aggressive style – and was played by Benedict Cumberbatch in a Channel 4 drama about the referendum.

But Mr Cummings has long caused tensions in Government, wanting to overhaul the civil service and shake up crusty Whitehall departments.

His departure comes seven months after he caused uproar by bending lockdown rules to travel to be near his family while ill with coronavirus.

He was slammed by MPs and the public after driving hundreds of miles while sick – in case he and wife Mary Wakefield were unable to take care of him.

Later Mr Cummings was blasted for taking a trip out to check his eyesight was OK to drive back down to London, once the pair had recovered, but still during the strict lockdown.

Following the news Tory MPs demanded a reset to relations in No10, and the inner workings of Government.

And he said it is time to restore “respect, integrity and trust” which he said have been “lacking in recent months” between No 10 and Tory MPs.

And one senior Tory MP told MailOnline that the PM didn’t know what to do with the top job now he was in it – and didn’t see him sticking around.

They said: “I think he is a bit like Gordon Brown. I want it, I’ve got it, I don’t know what to do with it. I think he’s knackered.

“I have spoken to three Cabinet members recently, all of whom at the beginning of this session thought he would be there for 10 years. Now they say he will be there 10 months.”

Asked whether Mr Johnson would fight the next election, another MP said: “Good God, no.”

Some senior Tories said the PM should ease him on his way on of the door. 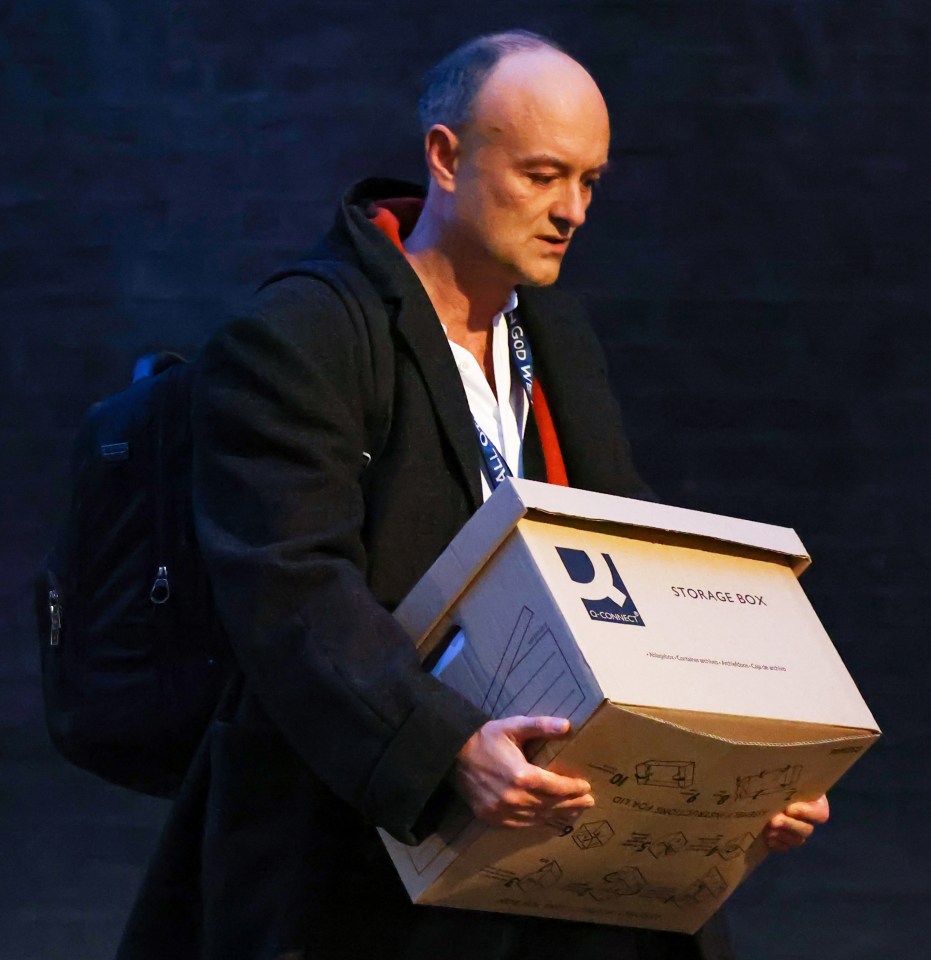