EMBATTLED David Cameron today admitted his controversial lobbying for Greensill was “open to misinterpretation” – but refused to apologise.

The former PM is under massive pressure for bombarding ministers with dozens of cosy WhatsApps and calls begging for access to Covid bailouts.

The ex-Tory leader – dubbed ‘Dodgy Dave’ for his lobbying – insisted he did not “break” any rules.

But he admitted that as a former PM he should be held to higher standards and that ministers should look at tightening lobbying rules.

Scrambling to strike a contrite tone, Mr Cameron said it was a “painful” day to be hauled over the coals by MPs for his actions.

He told the Treasury Select Committee: “I accept there is a strong argument that having a former prime minister act on behalf of any commercial interest… can be open to misinterpretation.”

Mr Cameron admitted that “on the wider test of what is appropriate” it was wrong to bombard ministers and civil servant mandarins with texts and WhatsApps.

Instead he should have used “formal” means like letters, he admitted.

Mr Cameron admitted he was paid a “generous amount” at Greensill – but refused to say how much.

But he insisted that he blitzed ministers and Whitehall bosses lobbying for Greensill not because he wanted to cash in on his shares, but because he thought the firm could help Covid-hammered Britain.

He said: “I believed Greensill could help the country at this time of acute financial and health crisis.”

But Mr Cameron furiously denied that he knew the company was on the brink of collapse when he lobbied the Treasury.

He said: “In March and April I did not think there was a risk of Greensill falling over.”

In a testy exchange, Treasury Select Committee boss and Tory MP Mel Stride accused Mr Cameron of firing off a “barrage” of texts to ministers because he was desperate to cash in on his shares in the company.

But Mr Cameron hit back, saying: “That was not my motivation at the time.”

He said: “With anyone I know at all well I tend to sign off text messages with Love DC.”

He admitted rules alone are never enough and former PMs “are in a different position to others because of the office that we held and the influence that continues to bring”.

He said ministers should look at tightening lobbying rules in the wake of the Greensill scandal. 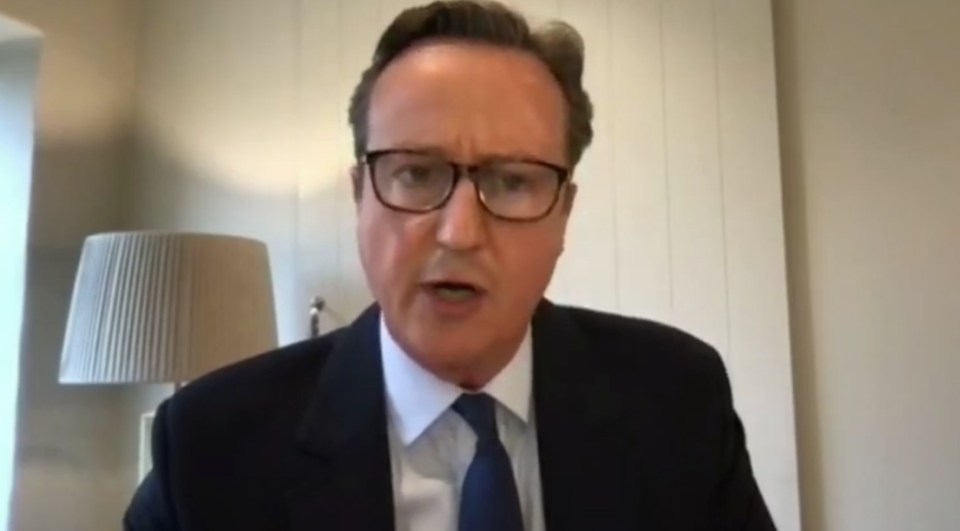