CHRISTMAS pints may be back on as “festive bubbles” could be allowed to go out together.

The holiday season is set to be saved by plans hatched by leaders from England, Scotland, Wales and Northern Ireland to bring families together.

Christmas pints in ‘festive bubbles’ could be back on[/caption]

As The Sun revealed last week, harsh local lockdown rules will be put on hold for five days to allow families across the UK to reunite.

And people could even be allowed to head to the pub with as many as three households in total.

Boris Johnson is set to announce tough new Tiers to control the spread of coronavirus today.

But the ban on household mixing in Tiers 2 and 3, which would otherwise ruin hopes of Christmas, will likely be lifted from Christmas Eve through to the Boxing Day Bank Holiday on December 28.

It is understood up to three households will be able to come together at home, or even in the pub or a restaurant, subject to final agreement with the devolved nations.

These bubbles will only be allowed to dine out together if they do not mix with other households.

It will bring a boost to pubs and restaurants, who are set to be put under punishing rules in the top two Covid alert levels.

Even people who go for a drink outdoors in Tier 2 will need to order a “substantial meal”.

And hospitality businesses could be forced to only offer click and collect services in the beefed up Tier 3 rules to be announced today.

The hated 10pm curfew will be ditched and replaced with a call for last orders and a final closing time of 11pm, giving Brits a chance to finish their drinks before being moved onto the street.

Speaking this morning Health Secretary Matt Hancock confirmed Christmas plans were in the works – but not yet finalised.

He said: “We haven’t finally agreed a set of rules around Christmas.

“It needs to be careful, we’re trying to put in place rules for the whole of the UK.

“There’s this balance between people wanting to see their family and keeping people safe.” 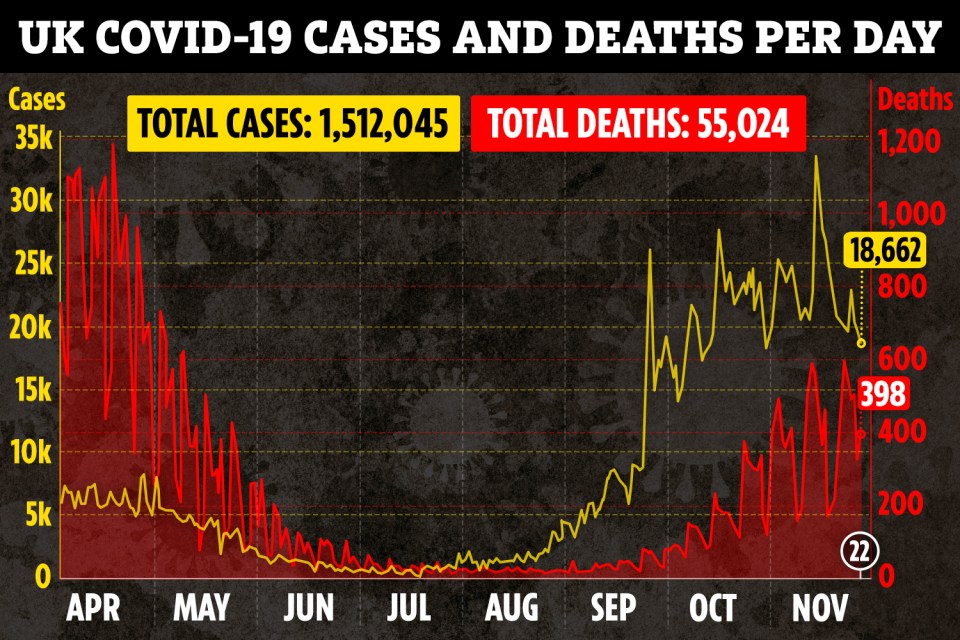