CHINA has demanded Britain locks up protesters who burnt the national flag outside its London embassy as tensions hit a new low yesterday.

In a statement the embassy said protesters had set fire to China’s national flag – branding it a “blatant flagrant and abominable” act of vandalism.

The bizarre statement also claimed the protesters had “assaulted the main gate of the Embassy building and put up ‘Hong Kong independence’ slogans on the gate”.

It said China “expresses strong indignation and condemnation against such despicable acts”.

It claimed it revealed the “ugly nature of ‘Hong Kong independence’ elements” to “disrupt and destabilize Hong Kong”.

The embassy demanded the UK police “make swift investigation and bring the perpetrators to justice at an early date”.


Evil mum ‘murders son, 3, and dumps his body in a bag of his favourite toys’ 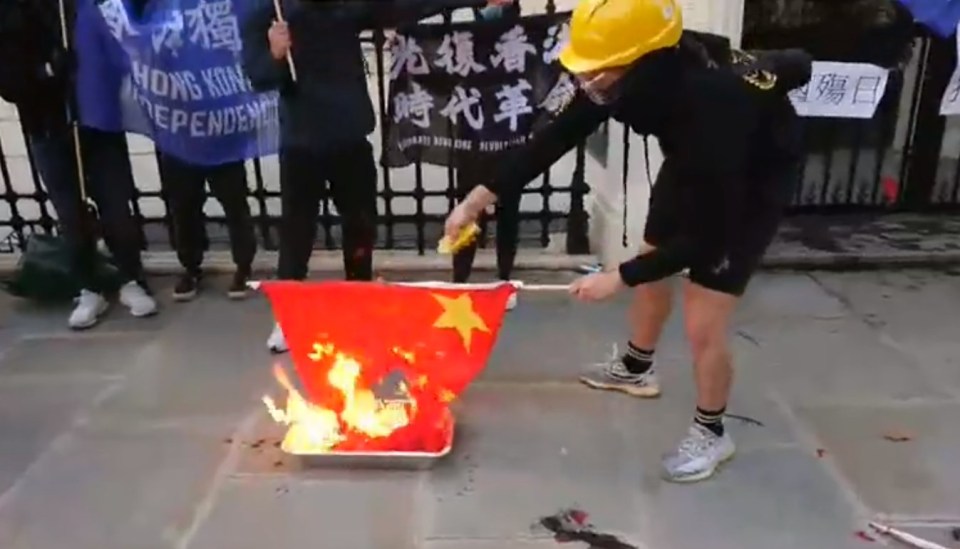