They believe her desire for the public spotlight ignited the row which led to the PM losing his most senior aide.

A close pal of Cummings said: ‘Carrie wants to be a new Princess Di character’[/caption]

One said: “She’s having more and more influence in decision making, as the week has shown. She’s not content with being the power behind the throne, she wants to sit on it.

“Carrie wants to be a new Princess Di character. She’s already got her own spin doctor and own team of people and seems to think she is the most important person in No 10.

“It’s all about the court of Carrie. She’s not helping Boris at all. Everything she does is about her and not him.”

The vicious attacks on Carrie were angrily rebuffed by No 10 as “grossly unfair” yesterday.

A source said: “She’s a young mother, who has been through the trauma of her partner’s battle for life against Covid and is trying to raise a young son who is barely six months old in the pressure cooker of Downing Street.”

Team Cummings claims Carrie, 32, rules the roost and calls the PM by phone from the No 10 flat about 20 times a day.

But this was again fiercely denied by Downing Street.

For months, Carrie — a former government adviser before becoming Tory communications chief — has been expressing concerns about Mr Cummings’s treatment of young colleagues.

But she went “absolutely wild” when Boris told her he was considering making Lee Cain — a Cummings loyalist — his chief of staff.

The PM withdrew his promotion offer and Mr Cain, a former Vote Leave campaigner, resigned, triggering a week of chaos at No 10.

One insider claimed Carrie “had it in for Lee” ever since he pipped her to land a Foreign Office job she had applied for in 2016.

He said: “There was a lot of mud-slinging going on. Lee had a good working relationship with Boris but was always under fire.”

Loyal supporters of the combative pair yesterday dismissed claims they were “thrown out” of No 10 as an “embarrassing lie”.

They pointed to a photo Mr Cain had taken laughing and joking with the PM at a meeting where he was meant to have read him the riot act.

One Downing Street official said: “The truth is, there were a lot of tears. Boris was sad at losing Caino, who had been his right-hand man for over four years.

“He was also keen to keep on Dom to take the Brexit process he had helped to achieve to its conclusion.

“In fact, the PM praised them in a farewell speech in front of colleagues before they left.”

Lee Cain’s pals say he has even been told he can return in a year or so to help start preparations for the 2024 General Election.

And they say the comprehensive-educated Merseyside lad did not fit in with the posh set inside No 10.

A source said: “There’s still quite a bit of class snobbery in Westminster and a few of them looked down their noses at Lee because he is from a working-class background and had free school meals.

“He often felt they didn’t think he should be part of their set. And they were forever reminding us how he dressed up as a chicken in his days as a tabloid reporter.”

One senior No 10 source said last night: “Carrie is not the only one alarmed by poor comms and poor management of people. She is completely right to voice her views to her partner.” 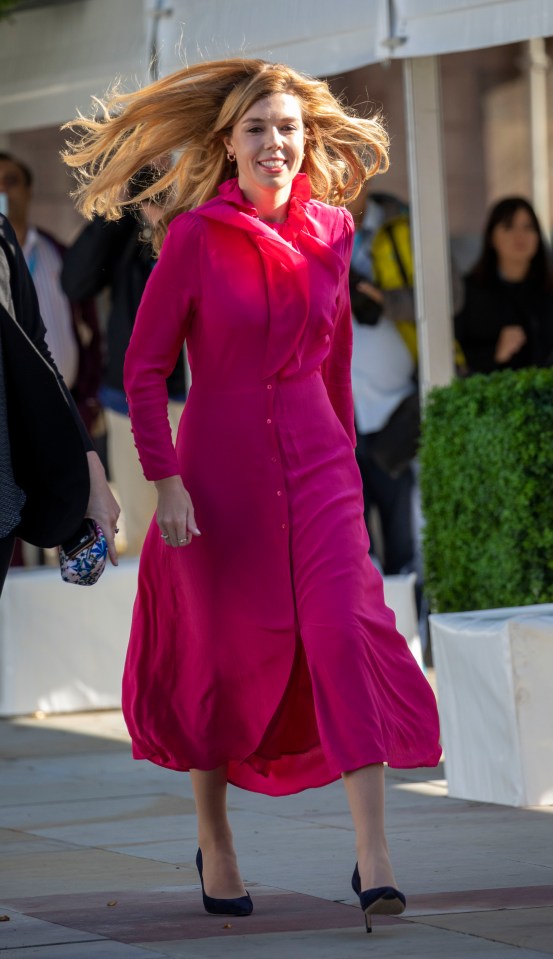