CALAIS’S Mayor has said Britain has “declared maritime war” on France as the two countries clash over how to stem the flow of boats crossing the channel.

Natacha Bouchart lashed out today after talks between the British and French Governments ended without a new agreement yesterday.

A group of migrants being brought to Dover today[/caption]

Dozens of migrants have attempted to make the dangerous crossing between France and England in the past few weeks.

The Mayor said in an interview to France 3 of reports that Priti Patel wants to send in Navy boats to help: “It is a declaration of maritime war.

“The British themselves have created this hot air by not reviewing their own reception systems and are content to hand out lessons and by subjecting the people of Calais to this situation for too long.

“Technically I don’t even know how they would do, and I think the government would oppose it.

“Here we are hostile to it (the Navy). Rather than accept migrants who would work in the black market, Boris Johnson would do better than to teach us lessons, would be better to create better laws to to accept people in his own country.

“The British government should take its responsibility, open reception centres where they can chose who from the migrant population they want.

“It is not for us to continue permanently suffer in terms of image, or economy from this humanitarian issue.”

The dramatic comments came as more attempted to cross the dangerous waters this morning.

Around 20 people were spotted crammed into a single boat earlier today.

And exhausted travellers were snapped in Dungeness after making their journey.


Bindi Irwin, 22, pregnant with first child 14 years after the death of dad Steve 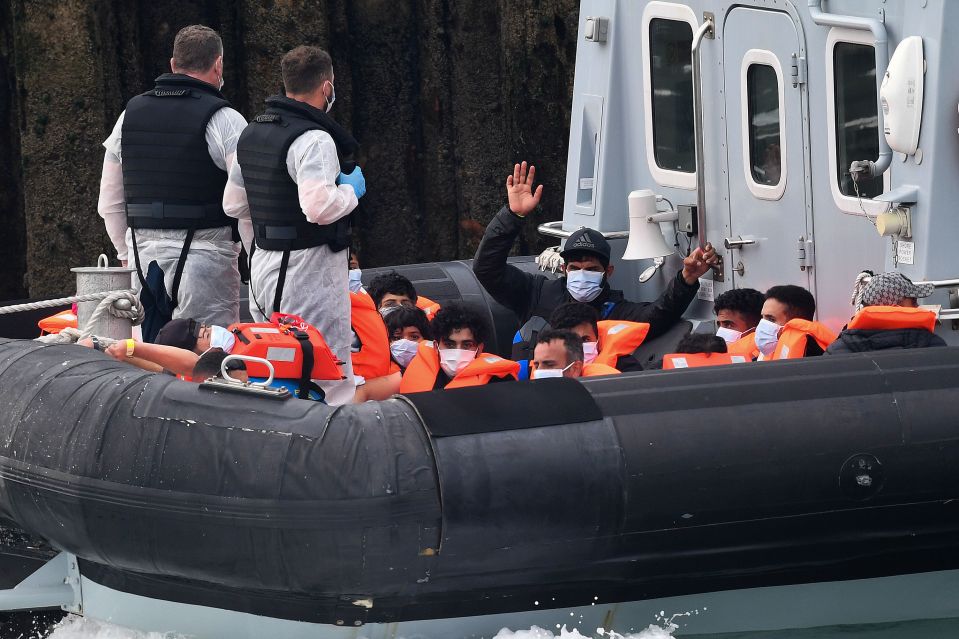 'Medvedev will be stronger th...