BUSINESSES are allowed to re-furlough their staff again in Leicester after they were forced to shut thanks to a fresh coronavirus spike.

Downing Street confirmed today that it was possible for anyone who has used the scheme between March 1 and June 30.

It means that firms worried about losing cash by being forced to shut up again will be still able to get Government help.

The shocking numbers mean that the city accounts for 10 per cent of all coronavirus cases in the UK.

A No10 spokesperson said this lunchtime: “If employers used the furlough scheme between March 1 and 30 June.

“They can re-furlough those employees from 1 July.

“The support we put in for businesses of all sizes continues to be in place.”

The cut off date for joining the furlough scheme was earlier this month – June 15.

It means that some firms won’t be eligible to the cash help.

Rishi Sunak has announced plans to wind down the scheme from August – where employers will have to start making more contributions.

It will close completely at the end of October.

But Labour and other campaign groups are calling for it to be extended in areas where they cannot fully reopen yet.

However, the PM admitted this morning: “We know in our hearts that the furloughing cannot go on forever.

“We also know that jobs people had in January are not coming back, at least not in that form.” 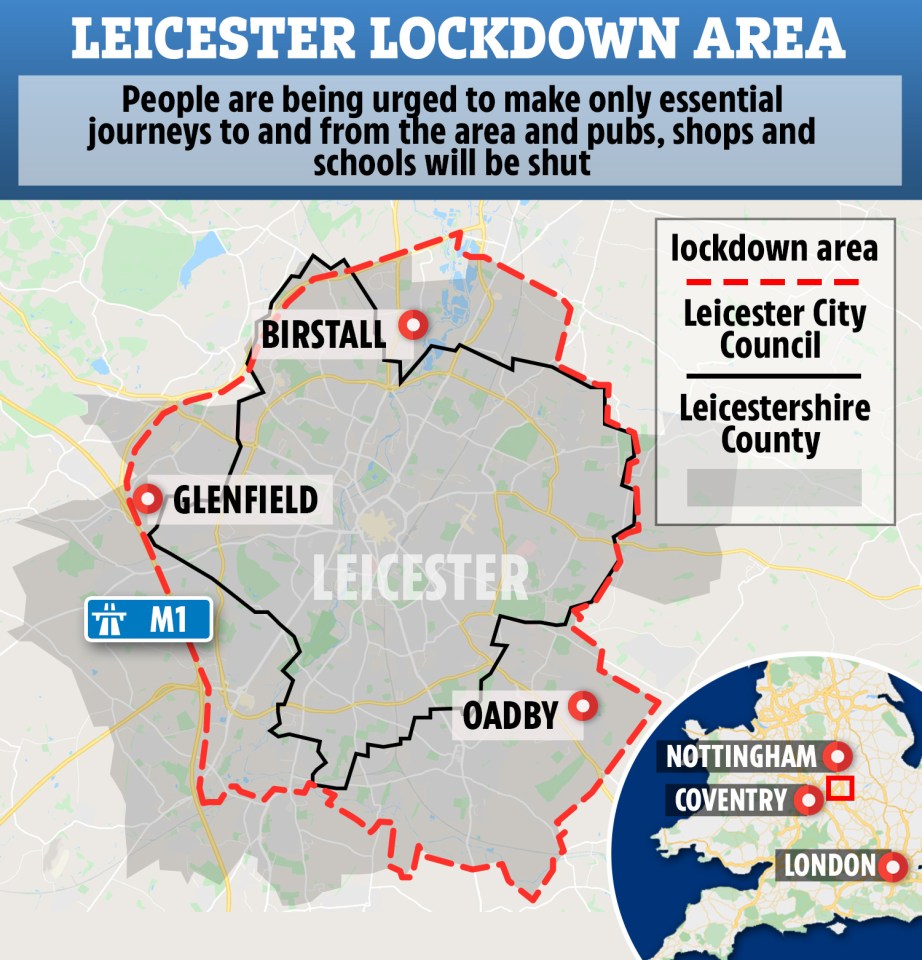 Matt Hancock today said he would have to bring in force new laws to enforce the local lockdown.

The Health Secretary this morning revealed new laws were coming into force after “targeted action” had not worked – and threatened “further action” if other areas suffer similar spikes in coronavirus cases.

He said: “We will bring forward a legal change very shortly, in the next couple of days.

“Because some of the measures that we’ve had to take in Leicester will require a legal underpinning.”

No10 said this was just a formality of signing back into law the measures which had been nationwide just a few weeks ago.