BRUSSELS has been ordered to have a major rethink on fisheries to help unlock the Brexit deadlock.

Michel Barnier is causing a stalemate in Brexit negotiations[/caption]

Teams of officials will work away in a room dubbed The Cave, a basement in the Business Department, as the UK vows not to “sell out” our sovereignty.

Insiders claim this week may prove to be the final week of negotiations and walking away with no agreement is “underpriced”.

Officials say a significant gap still exists on fishing rights after Mr Barnier revealed he would return just 15 to 18 per cent of UK quotas in our own waters.

Currently, the EU catch nearly half of the fish in our waters with the UK “repeatedly” telling them that the situation must change.

A government source said: “These figures are risible, and the EU side know full well we would never accept this.

“There seems to be a failure from the Commission to internalise the scale of change needed as we become an independent nation.”

Talks between Mr Barnier and his UK counterpart Lord Frost in London are trying to bridge differences on fishing rights, state aid and governance issues.

Britain is prepared to leave at the end of the year on an Australia-style deal.

A source close to the negotiations said: “We hope that the EU will come with fresh thinking because what we’ve seen so far doesn’t cut it.”

Home Secretary Priti Patel said last night the Government was committed to ensuring Brexit talks continue to “get to a conclusive end”. 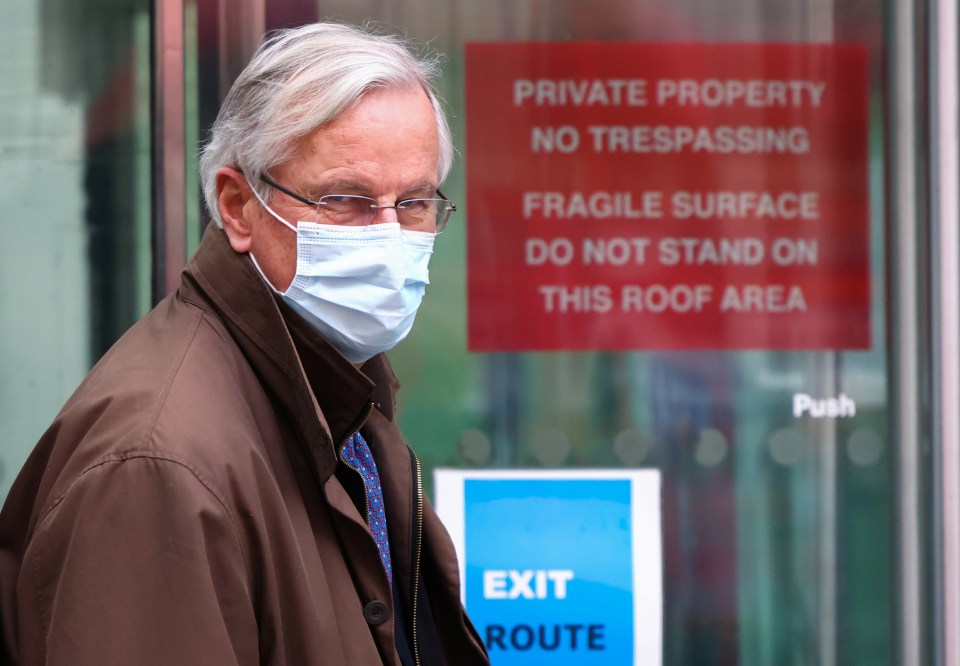