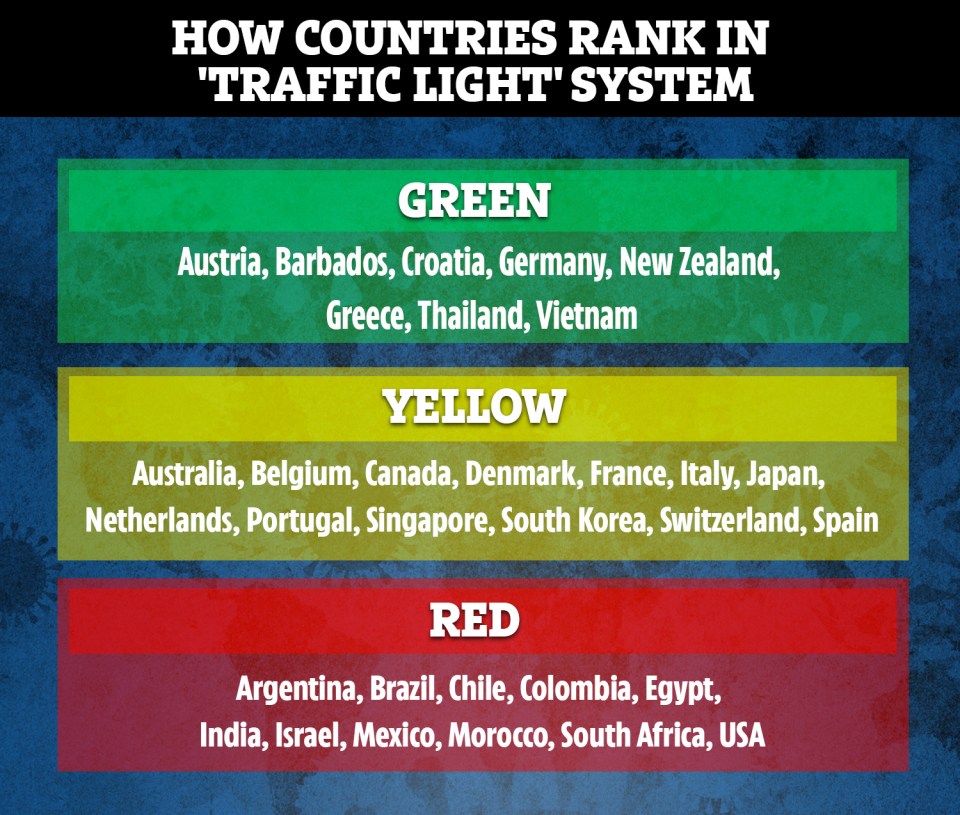 The areas with low Covid cases...