Close
Trending News
HomePoliticsBrits may be banned from pubs and footie matches unless they have the Covid jab, minister warns

Brits may be banned from pubs and footie matches unless they have the Covid jab, minister warns

Brits may be banned from pubs and footie matches unless they have the Covid jab, minister warns

BRITS may be banned from pubs and football matches unless they’ve had the Covid jab, a minister warned today.

New vaccines tsar Nadhim Zahawi said today that businesses may want to insist that people coming into their restaurants and venues have had the jab.

He told the BBC’s World at One this afternoon: “We are looking at the technology.”

“And, of course, a way of people being able to inform their GP that they have been vaccinated.”

He said: “But, also you’ll probably find that restaurants and bars and cinemas and other venues, sports venues, will probably also use that system – as they have done with the app.

“I think that in many ways the pressure will come from both ways, from service providers who’ll say ‘look, demonstrate to us that you have been vaccinated’.

“But, also, we will make the technology as easy and accessible as possible.”

Asked if that meant people who did not have a vaccination would be severely restricted in what they could do, the minister said: “I think people have to make a decision.

“But, I think you’ll probably find many service providers will want to engage with this in the way they did with the app.”

Ministers are already looking at giving Brits an “immunity passport” which reveals their vaccination status.

But getting a jab won’t be compulsory, the Government has repeatedly said.

Tory MPs are urging No10 to look at a vaccine passport stamp to allow people to travel freely next year.

James Sunderland said: “A vaccination stamp is simple, would save all the hassle at either end and really boost confidence.”

Pfizer, Moderna and AstraZeneca have all said their experimental vaccine shots are highly effective, providing hope for the travel industry.

Some airlines are already requiring a vaccination to allow passengers to board, such as Australian airline Qantas.

The airline’s CEO Alan Joyce told Australian media: “Whether you need that domestically, we’ll have to see what happens with COVID-19 in the market, but certainly for international visitors coming out and people leaving the country, we think that’s a necessity.” 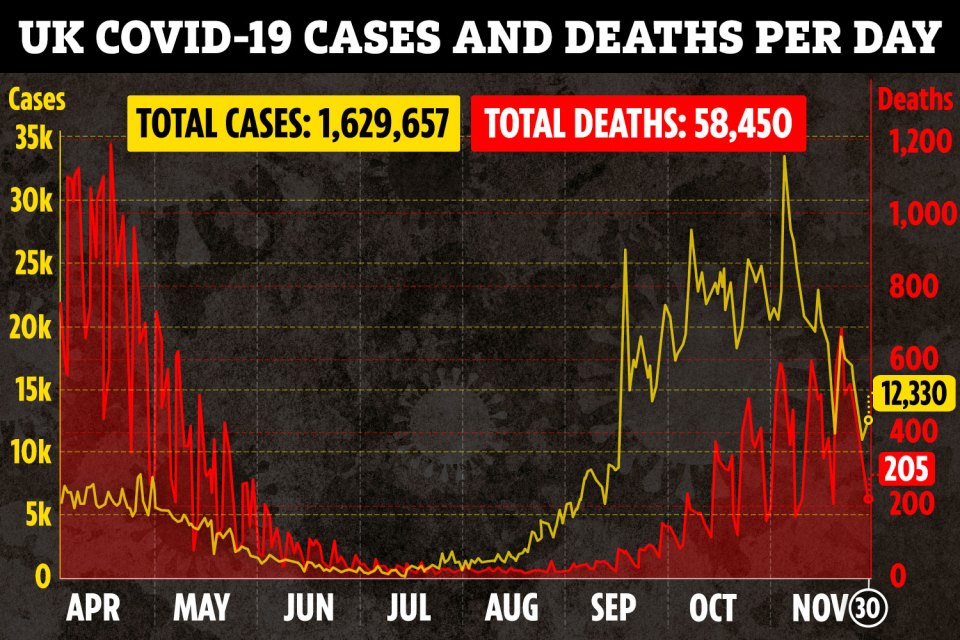 
Scotch eggs ARE a meal & you CAN stay to finish pints in Tier 2, says minister

The Pfizer-BionTech vaccine could be rolled out as soon as next week, with NHS staff at hospitals first to be given it from December 7.

And today it was revealed the Moderna vaccine is now 95 per cent effective – and the firm have applied to US regulators for emergency approval.

Trials on more than 30,000 people found that only five given the Moderna jab developed Covid – none with severe symptoms.

The UK government secured a further two million doses of the Moderna vaccine over the weekend. 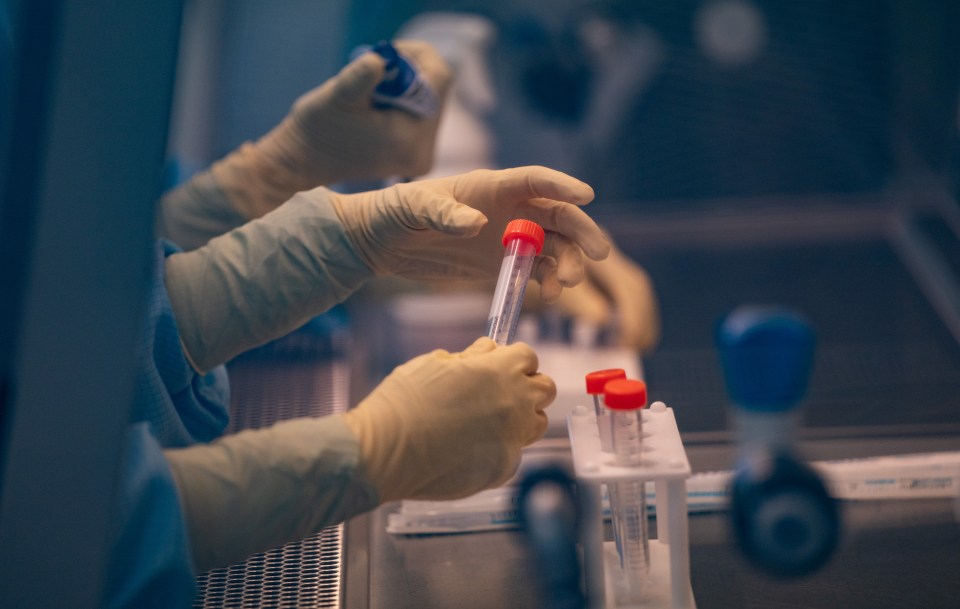 Scotch egg DOES count as a meal an...

Boris Johnson is the first Eur...