BRITS fear lockdown restrictions will drag on for years — with one in four thinking life will never return to normal.

The novelty of working from home or being furloughed is wearing off for millions who want things back to the way they were before the pandemic.

Danny, 21, gets his jab at a Covid mass vaccination centre at Chelsea’s Stamford Bridge stadium[/caption]

A third of people claim the curbs imposed by the Government have left them worse off financially, a poll reveals

They say they are tired of being deprived of everyday activities.

Many admit they are more stressed than ever.

The overwhelming majority believe that Prime Minister Boris Johnson is doing the right thing to protect their lives but that does not stop them despairing about when it will all end.

Only one person in 12 believes he will lift restrictions when the current four-week extension ends on July 19.

The growing frustration is revealed in an exclusive Sun on Sunday poll.

It shows that 15 months of curbs on our social lives are taking their toll.

Some 33 per cent admit their lives have worsened since the pandemic began — with 30 per cent saying their financial position has deteriorated.

Nearly half of people say lockdown has had a negative impact on their health, according to the survey carried out by Redfield & Wilton Strategies.

Around 28 per cent have suffered from mental illness or stress and a further 17 per cent have missed an important hospital appointment or treatment.

The findings were seized on by MPs last night as a warning that Mr Johnson must not delay Freedom Day any longer.

Ex-Tory leader Sir Iain Duncan Smith said: “It’s clear from this poll the patience of the public is starting to wear thin.

“The vast majority of people have been obeying the rules and making the most of working from home and putting their social lives on hold.

“But it is apparent they can see no end to these restrictions. They have been in place for far too long.

“Added to that, the negative impact of a year-long shutdown is beginning to take effect. People are beginning to realise it’s hitting them in the pocket and having adverse effects on their health in other ways.”

But the research reveals 63 per cent say Mr Johnson has got it “about right” with 22 per cent complaining the regime is too relaxed and demanding a stricter lockdown.

Only 15 per cent point to the rules being too restrictive.

But they list a string of ways their lives have been negatively disrupted by action to stop the Covid-19 spread. 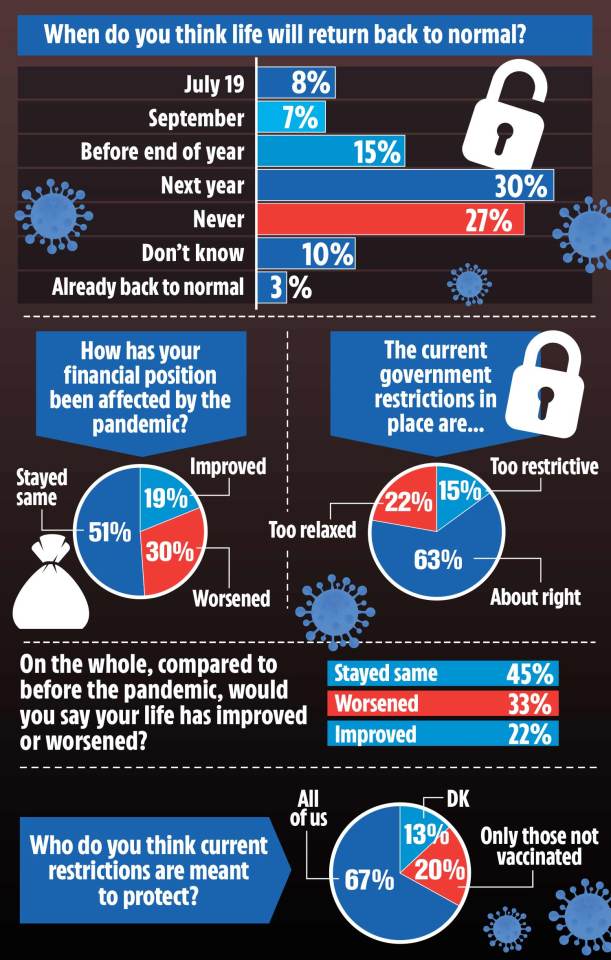 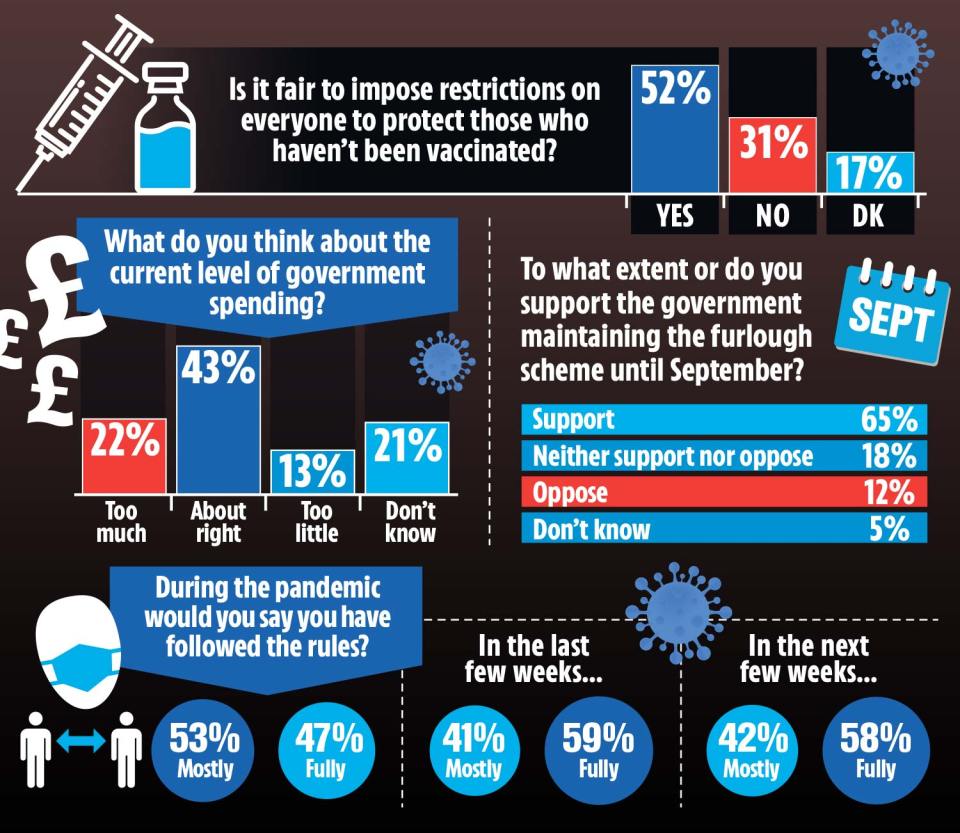 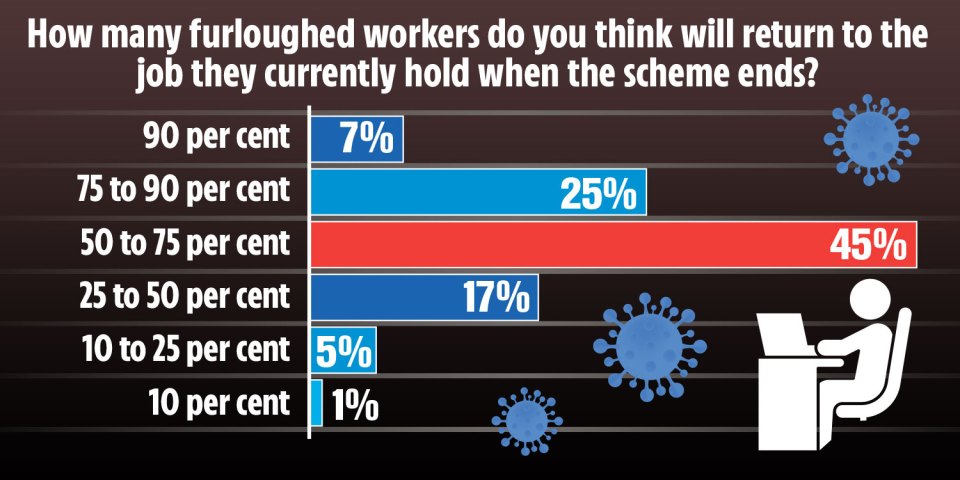 Some 58 per cent have had holiday plans wrecked, 16 per cent have seen a family wedding cancelled or postponed and 18 per cent say a funeral of a loved one has been curtailed.

One in ten say they have suffered physical health problems caused by lifestyle changes.

A quarter of people have experienced excessive boredom and 31 per cent have been left disappointed after a concert or sporting event they planned to attend was cancelled.

There is also increasing despair over when normal life will resume — despite assurances the vaccine rollout would be a game-changer.

Some 30 per cent think restrictions will not be lifted until next year while a huge 27 per cent fear their lives will never get back on track.

The poll shows huge support for Chancellor Rishi Sunak’s furlough scheme, with a 65 per cent approval.

But 68 per cent fear there will not be a job for one in four workers when payments end in September.

Sir Iain added: “These restrictions are clearly having a huge impact.

Sir Iain Duncan Smith said: ‘It’s clear from this poll the patience of the public is starting to wear thin’[/caption] 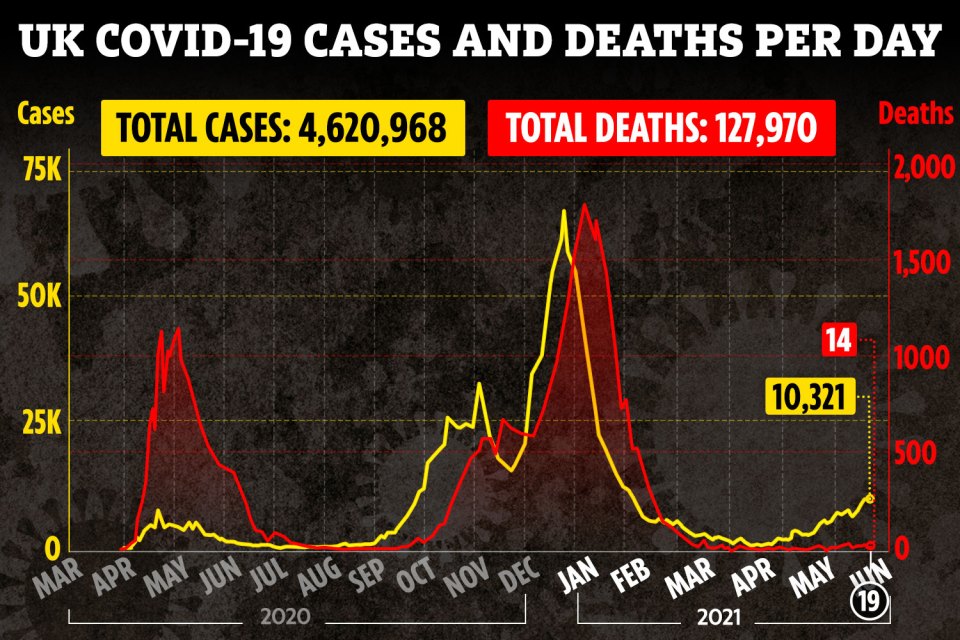 “They were imposed to protect people’s health but they are now affecting their wellbeing in other ways. The big conundrum is that there is such huge support for lockdown when it is causing so much damage.

“Since the vaccines have been administered, Covid is now the fifth or sixth worst cause of death in the UK. You never hear a daily toll of deaths from cancer or heart disease.

“We know the financial cost to the country of lockdown. Now it looks like the other personal costs are slowly beginning to sink in.”