THE UK’s top civil servant has announced he will be stepping down from his role.

Sir Mark Sedwell announced today he will end his duties as Cabinet Secretary, National Security Adviser and head of the Civil Service in September.

No 10 sources said Dominic Cummings thought Sedwill was a barrier to “Whitehall reform,” with the sentiment been backed by Johnson and Michael Gove, reports The Guardian.

Cummings is thought to be heading a Whitehall revolution alongside the PM, who this evening confirmed Britain’s chief Brexit negotiator David Frost will take over as National Security Advisor

Sir Mark’s role is tipped to be split into two separate positions in his departure, with permanent secretary Simon Case rumored to take on that of as Cabinet Secretary.

Sir Mark echoed this in a handwritten letter to the PM, where he set out how the separate roles were better suited to the current climate as No 10 moves onto “domestic and global recovery” from the covid crisis.

Sir Mark said it had been “a privilege to serve” as he announced he was quitting after over 30 years in Government service.

“I am fortunate to have served in some of the most challenging and rewarding jobs in national and international public service under seven prime ministers and in extraordinary times,” he said.

Boris Johnson has nominated Sir Mark for a life peerage, and has also asked him to lead a new G7 panel on Global Economic Security as the UK assumes the presidency with a mission to ensure that “the global free trading system on which our economy is based remains fair, competitive and secure”.

For the latest news on this story keep checking back at Sun Online.

Thesun.co.uk is your go to destination for the best celebrity news, football news, real-life stories, jaw-dropping pictures and must-see video. 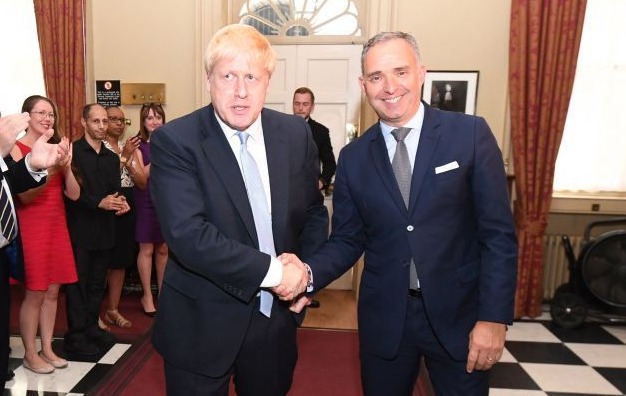 PM to put nation on a diet with mo...