BRITAIN’S chief negotiator David Frost has warned Michel Barnier to get real ahead of the pair’s first face-to-face meeting in months.

David Frost hit back at the Frenchman’s claims No 10 is trying to cherry-pick a deal that would keep current access to the EU’s market.

Both men will kick off an intensified round of talks at the Commission headquarters on Monday in a bid to strike a breakthrough.

Mr Frost said: “We will go to Brussels in good faith to engage with the EU’s concerns.

“This needs to be a real negotiation and some of the EU’s unrealistic positions will have to change if we are to move forward.

“UK sovereignty over our laws, our courts, or our fishing waters, is of course not up for discussion.

“Equally we do not seek anything which would undermine the integrity of the EU’s single market.”

Mr Barnier has said a deal is within reach and he is ready to compromise if the UK follows suit.

‘Tariffs will be blocked’

The PM has received unexpected support in his bid to strike an agreement from predecessor Tony Blair.

Asked about Brexit the arch-Remainer said: “I accept it’s happening, we should make it happen as well as we possibly can.

“You have got to get the trade deal however you can manage it, which you can in the end.

“We should take whatever time is necessary to do it, let us hope we can do it before the time runs out at the end of the year.”

He said after Brexit is done the PM will be able to build ties with European countries in areas like defence and security outside the EU’s structures.

Mr Frost also warned Brussels any deal which gives it the right to respond to changes in British law by slapping us with tariffs will be blocked.

He said: “The Government will not agree to giving the EU a new right to retaliate with tariffs if we chose to make laws suiting our interests.

“We could not leave ourselves open to such unforeseeable economic risk.”

The EU wants the right to apply “rebalancing measures” if an independent body rules the UK has passed laws that give it an unfair economic advantage. 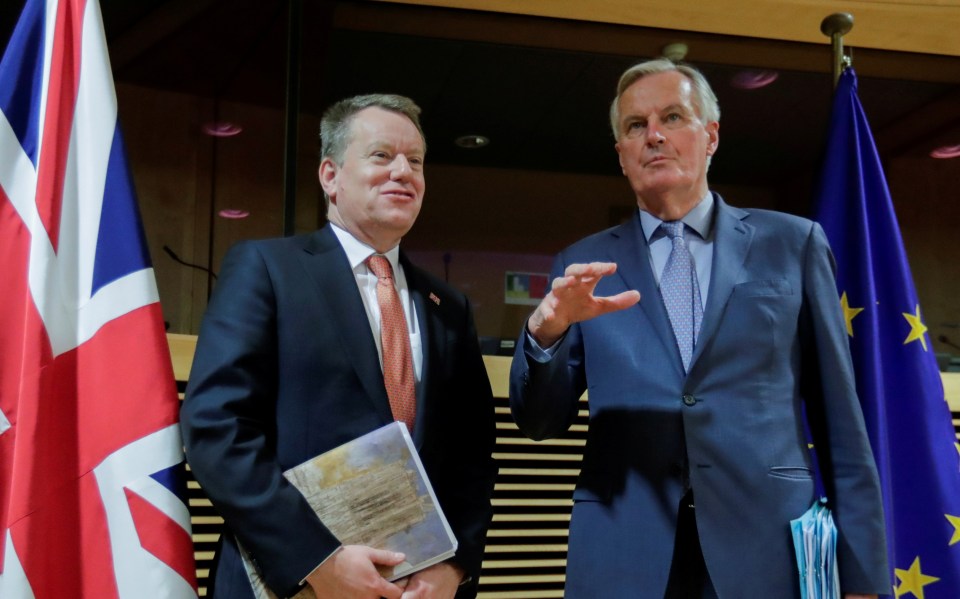