BRITAIN is set to strike a mammoth pre-trade deal with India worth nearly £1billion to boost green jobs.

Boris Johnson will speak with India’s leader Narendra Modi today to finalise the treaty which will lead to 6,500 more jobs and over £500million in direct investment in the UK – with nearly half in green industries.

Boris Johnson and Narendra Modi meeting at the G7 in Biarritz, France in 2019[/caption]

They will speak digitally this afternoon to strike up a better partnership over trade, health, climate and defence.

The PM was due to visit India last month before the trip was cancelled over the nation’s spiralling Covid outbreak.

As part of the deal, Britain will see a £240million investment by the Serum Institute of India to boost vaccine business and a new sales office which will create a large number of jobs.

The deal will also mean British fruit producers will be able to export British apples, pears and quince to India for the first time.

Boris said: “Like every aspect of the UK-India relationship, the economic links between our countries make our people stronger and safer.

“Each and every one of the more than 6,500 jobs we have announced today will help families and communities build back from coronavirus and boost the British and Indian economies.

“In the decade ahead, with the help of new Partnership signed today and a comprehensive Free Trade Agreement, we will double the value of our trading partnership with India and take the relationship between our two countries to new highs.”

Trade between the UK and India is already worth around £23billion a year, supporting more than half a million jobs.

Last week the Prime Minister spoke to Indian business leaders from companies to discuss the growing importance of the economic relationship between the UK and India.

Cementing the relationship between the two nations the British Asian Trust has raised over £1.6million in the last week through their emergency appeal in the wake of their Covid crisis.

The Partnership agreed today aims to double the value of UK-India trade again by 2030 while work towards a comprehensive Free Trade Agreement is now officially on. 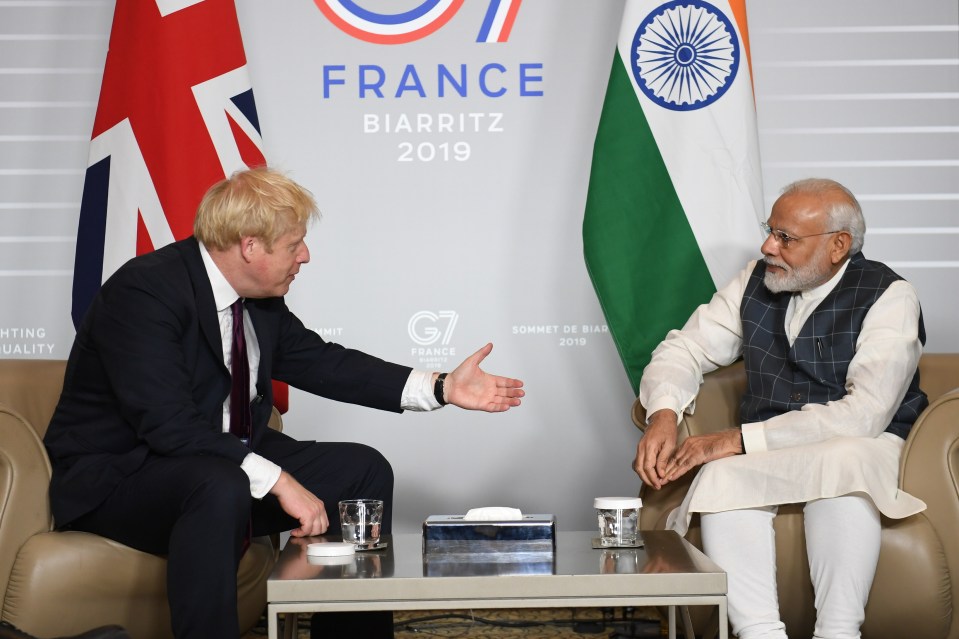