BRITAIN’S frantic withdrawal from Afghanistan has ratcheted up the threat of terror attacks at home, the former head of MI6 has warned.

Sir John Sawers said without a presence on the ground Western intelligence would find it harder to flush out extremists plotting attacks.

He said any aid handouts to the Taliban must hinge on them stamping down on groups like ISIS and Al Qaeda in the country.

Ministers have also warned of the increased national security risk since the insurgents seized power.

Downing Street confirmed discussions with the Taliban have begun as top diplomat Sir Simon Glass flew out to break bread with the group.

Sir John – who served as top spook “C” between 2009 and 2014 – said the UK should lean on the Taliban to “take up arms” against ISIS splinter cells in the war-torn country.

He told Sky News: “I do think the terrorist threat is a notch greater today than it was when we were able to operate in Afghanistan – and that is for two reasons.

“First because of the risk that we will not be able to monitor terrorist groups, and take action against them in Afghanistan itself.

“But I think perhaps the more immediate risk is that those extreme Islamists – violent people who take inspiration from the Taliban success in Afghanistan – might take it into their hands to carry out attacks.

“Most of the attacks we have had in this country over the last five or 10 years have been home grown terrorists.

“They have not been directed out of Afghanistan and I think the security services will be looking again at radical groups in this country to make sure that they are not planning any further attacks to mark the success of the Taliban in Afghanistan.”

An ISIS sub-group called ISIS-K claimed responsibility for the Kabul airport attack that killed 13 US troops, two British nationals and dozens of Afghans. 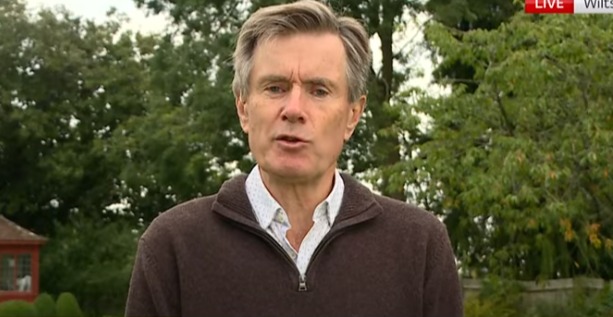