The Home Office’s Victoria Atkins said councils are “struggling” to find places for them and insisted: “We need to get more houses built.”

Thousands of Afghans have arrived in Britain on evacuation flights[/caption]

Officials are even looking at the possibility of temporarily housing them in holiday parks while more permanent accommodation is found.

Around 10,000 Afghans who arrived in the UK on mercy flights are in hotel quarantine, because the country is on the Covid travel red list.

But many are set to leave their self-isolation within days and ministers are scrabbling to find places for them to go.

Ms Atkins conceded that so far only a third of local councils have made “firm offers” to rehouse people so far.

She said: “This is a very, very difficult challenge and we’re very, very aware of the pressures on the housing market and housing lists already.

“We do acknowledge the concerns people have. We have to face facts – we have 10,000 people in quarantine hotels today.

“I’ve got to get them out of quarantine over the coming days into probably bridging accommodation.

“I’ve got to be frank – we haven’t got the housing stock to put them straight into homes. We’ve got to do this in a way that’s fair to the British people.”

Read our Afghanistan live blog for the latest updates

Ms Atkins said officials are in emergency talks with councils over “what they are willing to offer, what they can offer”.

And she insisted that she’s “confident” more local authorities will come forward within days to take in Afghans.

She added: “This policy will succeed if we welcome and integrate people into our societies and we get them settled into accommodation, help their children get into schools, get them registered at GPs and so on, and then they can begin to pay back into our society.”

The minister said some have already expressed interest in joining the Army and the NHS.

Her remarks come after it emerged Whitehall is looking at temporarily putting some refugees up in disused holiday parks.

Pontins has offered to put up hundreds of new arrivals in need of a place to stay, according to Government sources.

Ministers are still “looking into” the offer with two specific sites thought to be under consideration.

Ms Atkins has been put in charge of Operation Warm Welcome which will see more than 8,000 Afghans given permanent leave to remain in Britain.

VAXX TO THE FUTURE


Nightclub revellers WILL need vaccine passports to get in from September

She said that those people brought over in the evacuation “have done right by us and we want to do right by them”.

They helped British troops and diplomats on the ground and were airlifted out along with their families to save them from Taliban reprisals.

Thousands more are also eligible for asylum but it hasn’t yet been decided whether they’ll get permanent visas or standard five-year ones. 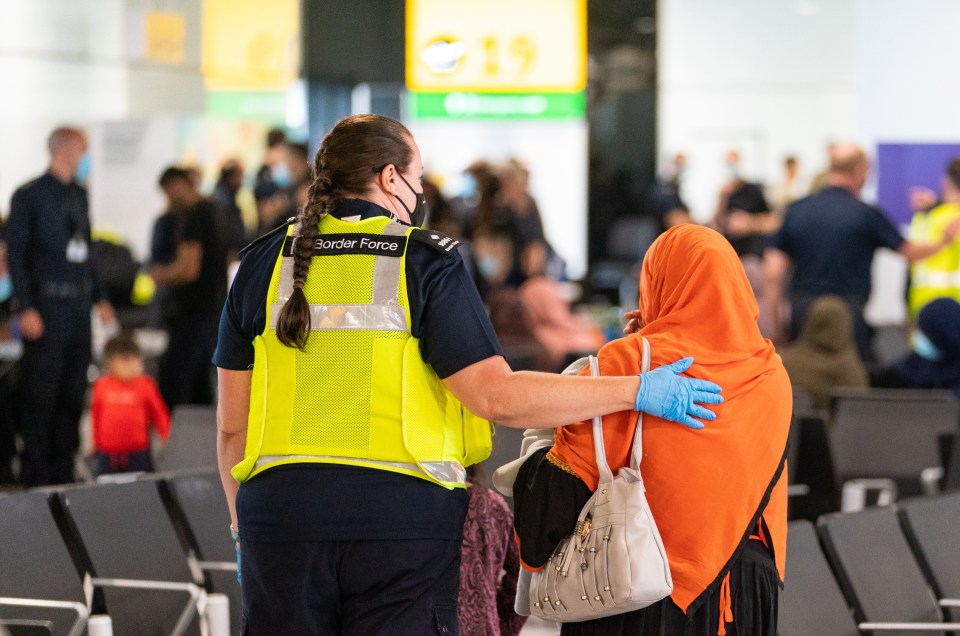