BREXIT bosses are gearing up for a fight over sticking by EU rules as talks begin again in Brussels this week.

Britain is refusing to give way key powers over fishing rights in UK waters – or allow the nation to be tied to the bloc’s regulations.

A source the Daily Express: “We remain committed to working hard to find the outlines of a balanced agreement.

“We have been repeatedly clear that we are looking for a deal with, at its core, a free trade agreement similar to the one the EU already has with Canada – that is, an agreement based on existing precedents.

They promised the UK would not follow EU rules: “But what we cannot have is a form of relationship which requires alignment or one that constrains us to the EU’s rules.

“Our priority throughout the process has always been the return of our sovereignty.”

The bloc is still trying to tie the UK to a “level playing field” with Brussels, which would mean Britain has to follow EU laws and regulations.

They are also trying to keep their current level of access to British fishing water.

Despite hardline differences between the UK and the EU, the Government is still confidence that a deal will be struck in September, ahead of the end of the transition period on December 31.

The No 10 spokesman said: “There are many issues that will be discussed during this week’s round, not least level playing field, fisheries, trading goods and services amongst others.”

Mr Frost last month said there were “considerable gaps” between the UK and the EU but said a deal was still possible.

Mr Barnier claimed a deal looked “unlikely” because of the UK’s tough stance on fishing rights and determination to steer clear of the bloc’s trading rules after Brexit.

He claimed the UK had not shown a “willingness to break the deadlock”.

His UK counterpart David Frost agreed that “considerable gaps” remained in these areas, but argued that a deal was still possible.

EU countries want to continue to be able to fish in British waters and don’t want to have their current quotas cut.

But the UK has vowed to take back control of its waters and give priority to British fisherman.

But any new agreement on fisheries would deprive France and other European countries of a significant part of their fishing hauls which could even spark fury and blockades in the Channel. 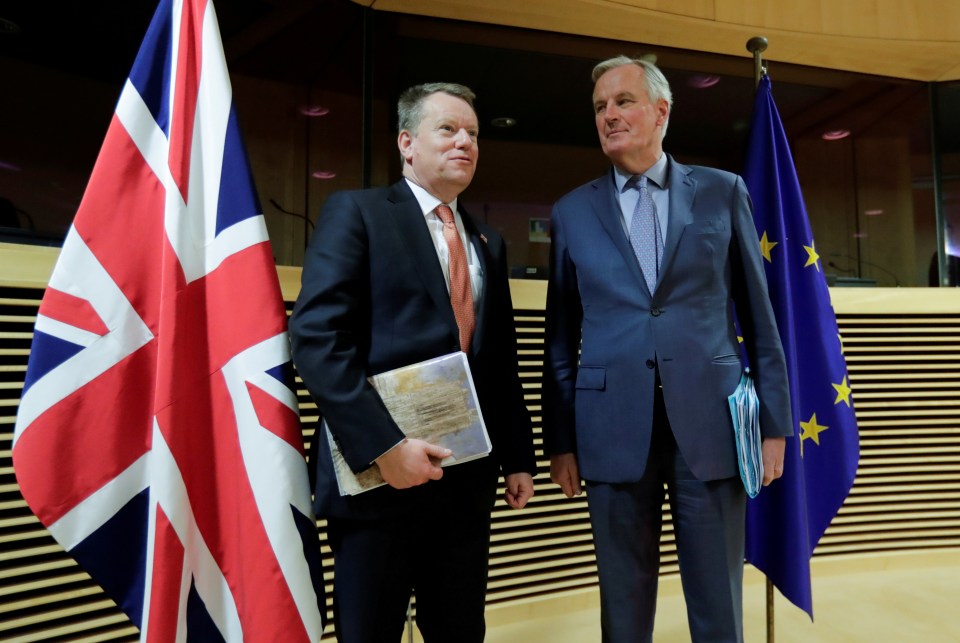