BORIS Johnson slammed Donald Trump as “completely wrong” for trying to overturn Joe Biden’s election – and the PM “unreservedly condemned” the violence at the Capitol in Washington.

Mr Johnson blasted Trump for “encouraging” protesters to storm the building as the US Congress was in the process of certifying Mr Biden’s election.

Protesters roamed freely through the building[/caption]

Trump supporters pushed their way into the building[/caption]

The violent riots erupted after Trump told supporters to prevent President Elect Joe Biden’s election win being certified: “We’re going to walk down to the Capitol.

Speaking at Downing Street today, Mr Johnson stormed: “All my life, America has stood for very important things – the idea of freedom, of democracy.

“And as you say, Donald Trump encouraged people to storm the Capitol.”

The PM furiously tore into the outgoing President for questioning Mr Biden’s election win – accusing him of undermining democracy.

“And in so far as the President consistently has cast doubt on the outcome of a free and fair election, (he) was completely wrong.

“I am unreservedly condemn encouraging people to behave in the disgraceful way that they did in the capitol.”

Mr Johnson added that he was “very pleased” Mr Biden had now been formally declared President-elect.

His comments follow Trump now agreeing to a “orderly transition” of power after Mr Biden.

Earlier today, the Home Secretary lashed out at the outgoing US President for failing to attempt to quell the scenes of chaos which led to deaths of at least four people.

Speaking to BBC Breakfast, Ms Patel denounced the US President for egging on protesters who forced their way into the Capitol, smashing glass and running freely through building.

Disgraceful scenes in U.S. Congress. The United States stands for democracy around the world and it is now vital that there should be a peaceful and orderly transfer of power.

Unacceptable and undemocratic scenes in Washington DC. There is no justification for this violence and Donald Trump must condemn it.

The United States is a beacon of democracy, hope and liberty and there must now be an orderly transition of power.

Horrendous scenes from the US.

These are not ‘protestors’ – this a direct attack on democracy and legislators carrying out the will of the American people.

As the protesters charged into the Speaker of the House, Nancy Pelosi’s office, lawmakers were evacuated and staffers ordered to take emergency bags with food, water and gas marks as they fled the building.

Mr Trump posted on Twitter, urging protesters to stay “peaceful” but stopped short of telling them to leave.

Trump eventually released a video telling those that besieged the building to “go home” – as he still made unfounded claims of fraud and told demonstrators they were “special”.

Ms Patel slammed Trump for failing to try to stop the violent scenes.

She said: “He didn’t do anything to de-escalate that whatsoever.

“His language was not de-escalating the violence, what we’ve seen is completely unacceptable.”

“The United States stands for democracy around the world and it is now vital that there should be a peaceful and orderly transfer of power.”

Donald Trump paraphernalia was left inside the Capitol[/caption]

And Foreign Secretary Dominic Raab urged people to accept the results of the election.

Mr Raab said: “The US rightly takes great pride in its democracy, and there can be no justification for these violent attempts to frustrate the lawful and proper transition of power.”

Sir Keir said: “Horrendous scenes from the US. These are not ‘protesters’ – this a direct attack on democracy and legislators carrying out the will of the American people.”

In series of furious tweets, Mr Soames blasted: “Never in a lifetime could one imagine such appalling scenes in the Capitol.

“A testament to the unspeakably vile behaviour of Pres Trump now confirmed to be a very very bad man.”

And ex-PM Theresa May congratulated Congress on certifying Mr Biden as the next president, slamming the tactics used by rioters.

She said: “After yesterday’s disturbing scenes at the Capitol, I welcome that Congress has certified @JoeBiden as the next President.

“The orderly transition of power is a hallmark of a mature democracy. There is no place for the rule of the mob.”

He said: “The storming of the US Capitol is truly disgraceful. This terrible attack on democracy, to obstruct the will of the American people, is the product of a politics of hate and division.

“We will always stand with the American people and their democratically-elected legislators.”

Former British ambassador to the UK Kim Darroch piled into the onslaught of criticism of Trump, branding him “not fit to be president”.

The chaos led to one woman being shot by police during the confrontation – she later died in hospital.

The victim’s husband has since identified her as Ashli Babbit, of San Diego, KUSI-TV reports.


Covid vaccine calculator reveals some will have to wait until 2022

Another pro-Trump rioter was also injured after falling from a balcony at the Capitol. The protester has been hospitalised in serious condition, according to reports.

In another incident, an adult male was stabbed outside of the Trump Hotel. The victim has been transported to the hospital conscious and breathing. No arrests have been made, a DC Police spokesperson told NBC.

Police also announced that 14 of their officers were injured. 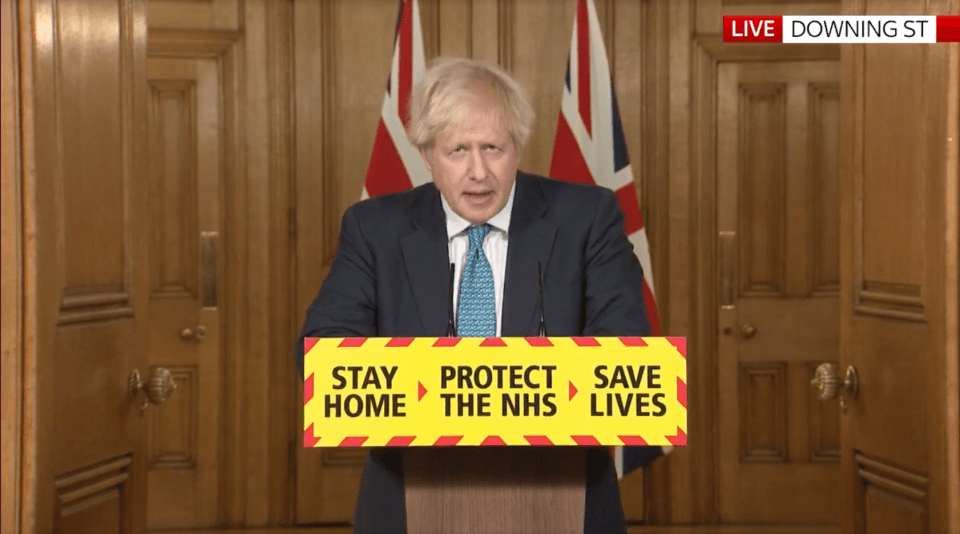 ‘Nightmare scenario is out the win...