BORIS Johnson’s red, white and blue jet will be ready to fly the flag for Britain from next week.

His official Voyager aircraft has almost completed its £900,000 patriotic paint job – and this is what she will look like.

The PM’s official plane is currently surrounded by scaffolding in an airport hangar while workers give it a colourful respray.

Its new look is a closely-guarded secret until the work is finished. But The Sun on Sunday has obtained official drawings to give readers a sneak preview before it takes to the skies.

The grey RAF bodywork is being replaced by the colours of the Union Jack ready to fly Mr Johnson and his team travel the world to drum up post-Brexit trade deals.

The tailfin is dominated by an image of the flag and the words “United Kingdom” are being painted in giant gold letters on the white fuselage.

Our sneak preview also reveals other features of the plan, which has cheekily been dubbed Hair Force One after the mop-haired PM.

Smaller Union Flags will be painted at the top of the doors, along with the familiar red, white and blue RAF roundels.

They are also fitting a state-of-the-art communications system which will have encryption to enable secret messages to be sent in flight.

The interior of the eight-year-old Voyager had a £10million makeover in 2016 when David Cameron was PM.

It was fitted with 58 business-class seats but will still be able to carry out RAF mid-air refuelling missions when required.

But it was decided to give it a distinctive new look for official tours as Britain begins its new future outside the EU.

Mr Johnson and other ministers will use the plane, along with members of the royal family, to give it added value for money.

A source said: “All planes need repainting every three years. This is much cheaper than buying a new one and it also saves wasting money on expensive charter flights for official business.”

Its spacious seating arrangement will allow the aircraft to transport large business delegations along with the PM on major world trade missions.

The use of a private jet is expected to save the taxpayer £850,000 a year in private charters – meaning the cost of the respray will be recouped in just over a year.

Chartering a plane for a long-haul trip, often at short notice, works three to four times more expensive than having an aircraft on permanent standby.

The Voyager will still be available for its role of air-to-air refuelling and can be swiftly converted when it is not being used for VIP travel.

A Downing Street spokesman said: “This is a design that will promote the UK around the world without compromising the plane’s military role.

“At every stage we have worked to ensure value for money for the UK.

“All of the work has been undertaken in the UK, directly benefiting British suppliers.” 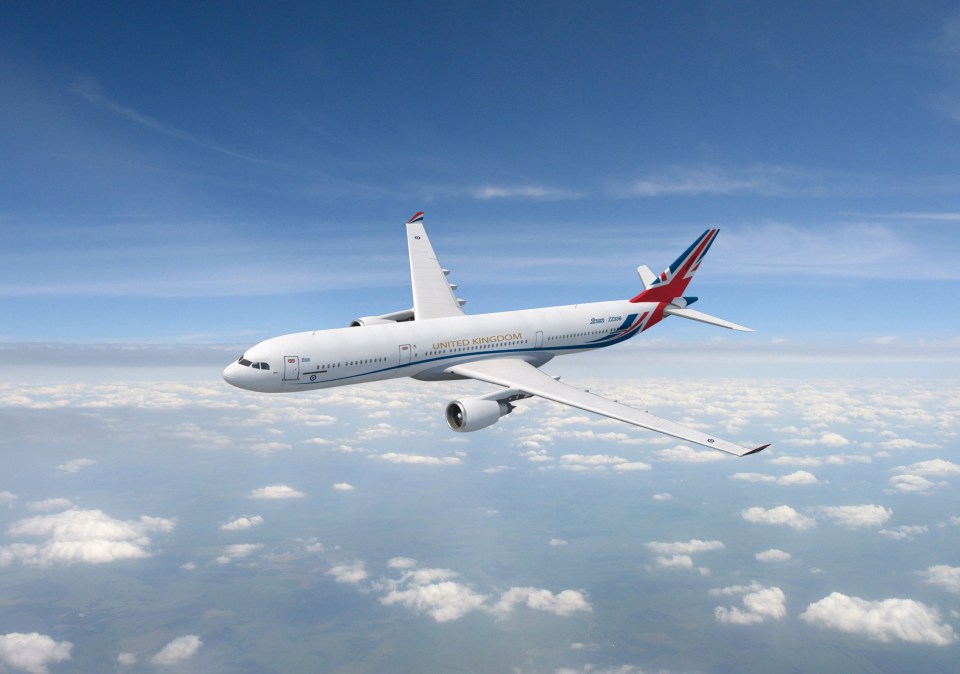