CARRIE Symonds is seen outside No 10 for the first time since giving birth — wearing a stripy black and white top and zebra print bottoms.

Boris Johnson’s fiancee, 32, who had their son Wilfred Lawrie Nicholas in April, was listening to her iPhone as she walked in St James’ Park, central London.

The PM has spoken about how he has been helping Carrie with their two-month-old son by changing nappies and giving him night feeds.

She was last seen during Clap For Carers outside Downing Street in May.

Carrie gave birth just 16 days after Boris fought for his life in intensive care with coronavirus.

The new mum herself had fought the deadly bug.

The doctors Boris Johnson named his son after are experts in infectious diseases and ventilation.

Nicholas is in tribute to Dr Nick Price and Dr Nick Hart “the two doctors that saved Boris’ life last month”, according to Ms Symonds.

Mr Johnson was admitted to intensive care at St Thomas’ hospital in London suffering with Covid-19.

While Wilfred is Ms Symond’s first child, it is Mr Johnson’s sixth – and his third son.

Boris also has another daughter, Stephanie, born in 2009, after an affair with art consultant Helen Macintyre. 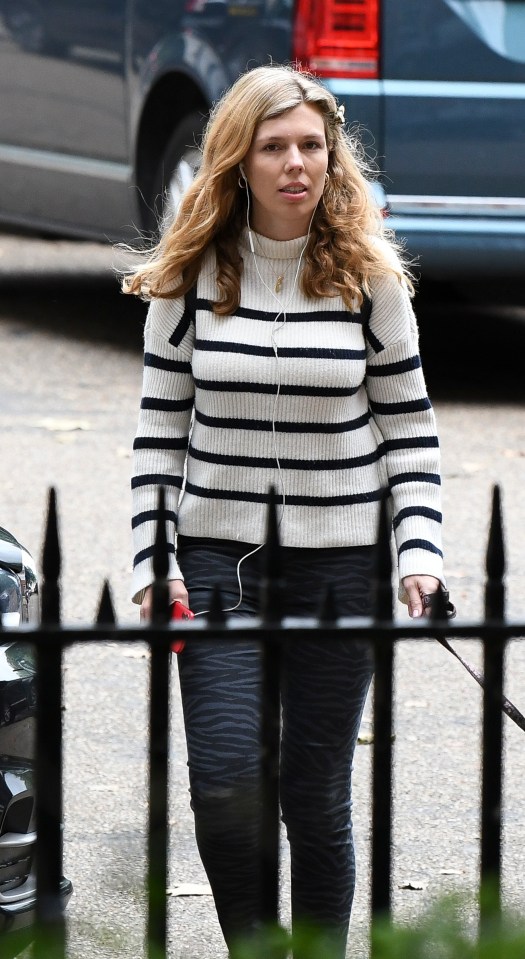