Carrie Symonds had witnessed the corrosive effect of the strong-arm tactics used by the PM’s most senior aides.

Female officials complained they were picked on in meetings by unkempt enforcer Dominic Cummings — who used brutal language to keep them in line.

But when the PM told her he was going to promote Cummings’s powerful sidekick Lee Cain to chief of staff, she put her foot down.

One No 10 source said: “Carrie was right to be alarmed at what was going on. She is on the side of the angels.”

Carrie, 32, is said to have been furious when the PM told her about his plan.

On Wednesday night, he told Cain that his future bride was opposed to him having the job he had offered him only 48 hours earlier.

It led to him handing in his resignation — triggering the chain of events that ended in Cummings, Britain’s most powerful unelected man, leaving Downing Street too.

Angry allies of the pair claim BoJo was running “government by girlfriend”.

But a host of officials who work behind the famous black door insist that is wide of the mark.

One said: “Many of us think Carrie is right about wanting Boris to tame the behaviour of some of his advisers.

“And why not? She’s a highly professional communications operator in her own right and knows what she is talking about.

“She’s worked as a special adviser for two ministers and was director of communications for the Conservative Party.

“The fact that she happens to be fiancee to the PM is neither here nor there. Good advice is good advice.”

No 10 staffers have spoken of the “thuggish” language used by Mr Johnson’s most senior aide, whom they dubbed “Dirty Dom”.

One said: “You could be forgiven for thinking you were talking to the mafia whenever you had Dom or Lee on the phone. They would talk about knee-capping people who didn’t obey orders.”

Former ministerial adviser Neil Tweedie, sacked after wrongly being accused of leaking, said: “Bullying and intimidation were the norm.”

He told how he received a call from one acolyte who said: “These leaks about travel corridors, mate. If they carry on, we are going to have to start shooting people.”

The “schoolboy Mafioso language” was meant to instil fear, he said.

Female advisers complain they were always told off and accused of leaking more than men, which has been denied.

Carrie allies insist it was not her opposition which led to the pair leaving.

A host of angry MPs made their feelings known when news of Mr Cain’s pending promotion broke.

A source said: “It was, in fact, the whips’ office which delivered the coup de grace. The swelling anger among MPs over the appointment was made clear to the PM and he realised then his fiancee’s judgment was spot on.”

By Thursday, the pair had handed in their notice and announced they would leave in the New Year.

But on Friday night, they were summoned into the PM’s office and he told them he was aware they had been briefing against him and his fiancee — and he could no longer tolerate their presence.

Senior Tories accused Cummings and his allies of undermining the goodwill Mr Johnson won at the last election.

Cummings and Cain both left Downing Street this week[/caption]

They claim the PM should have cut Cummings loose after he broke the lockdown on his infamous trip to Barnard Castle.

One minister said: “Cummings was rotten and vile to too many people, including journalists and MPs. He’s had a corrosive effect on Boris’s reputation.”

Another added: “It’s astonishing that so many of our new intake of MPs are disillusioned with the PM. They should owe everything to Boris, but because Cummings and Cain were unnecessarily abrasive, rude and disparaging towards them, there is a now a big rift with Downing Street.” 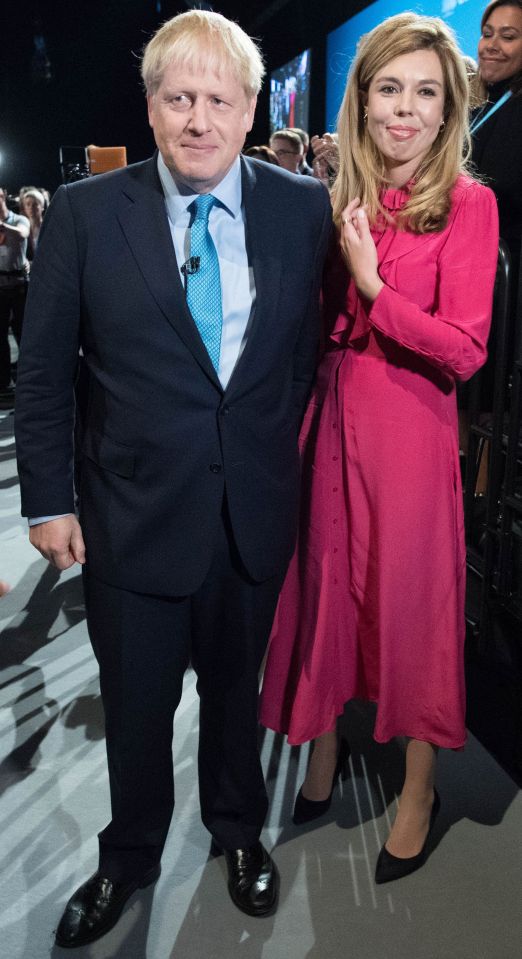 Carrie Symonds is trying to become...