BORIS Johnson will today reverse his 20 years of mocking wind power as he unleashes a “gale force” green energy revolution.

The PM will admit he got it wrong when he said offshore wind farms could not “pull the skin off a rice pudding”.

And he will pledge to have wind powering every home in the UK within ten years.

Addressing the Conservative Party’s virtual conference, Mr Johnson will say: “Your kettle, your washing machine, your plug-in electric vehicle — the whole lot of them will get their juice cleanly and without guilt from the breezes that blow around these islands.”

And he will promise £160million investment in the North and Scotland to build new specialist turbines off the coast.

The investment will create about 2,000 construction jobs quickly, with possibly 60,000 more in the future.

Mr Johnson will tell his party faithful: “There is one area where we are progressing, quite literally, with gale force speed and that is the green economy.

“Our seas hold immense potential to power our homes. Now, as we build back better, we must build back greener.”

And he will quote an article he wrote just seven years ago that poured scorn on green energy.

Mr Johnson will joke: “I remember how some people used to sneer at wind power.

“They forgot the history of this country. It was offshore wind that puffed the sails of Drake and Raleigh and Nelson, and propelled this country to greatness.” 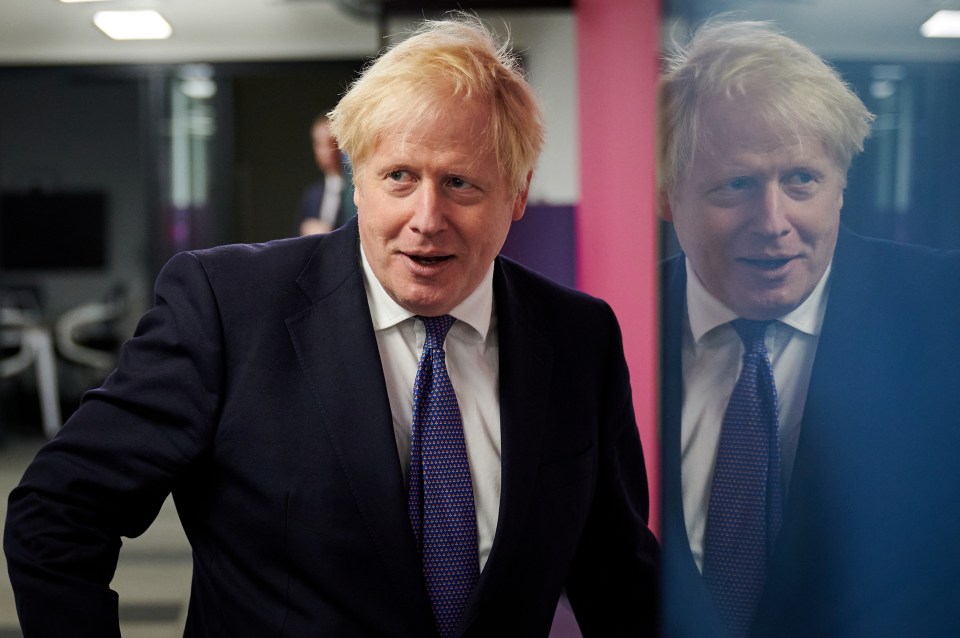