BORIS Johnson will today announce plans to end much of England’s lockdown from July 4 – exactly three months after he shut the country down in March.

The PM is expected to reveal that pubs, restaurants, museums and cinemas will be allowed to open their doors next month once again.

And to allow that to happen, he’s set to cut the 2m rule down to 1m to save millions of people from losing their jobs.

He will meet his Cabinet this morning – where Professor Chris Whitty and Patrick Vallance will attend and give their advice to the PM – before making a statement in the House of Commons from 12.30pm onwards.

He thrashed out the details of today’s announcements – including the review of the two-metre social distancing rule – in a meeting with his most senior Cabinet ministers, scientific and medical advisers in No10 last night.

The PM will deliver the much-needed dose of good news a day after Britain recorded the lowest daily death toll since mid-March, with just 15 deaths recorded on Sunday.

Government figures revealed just 958 new cases were diagnosed on Sunday, although weekend statistics are often lower at the weekend.

Here’s what we’re expecting to be laid out today – but most of the changes will only take place in England.

2m rule to be reduced to 1m

After a review ordered by the PM, he is expected today to make drastic changes to the social distancing rules.

People will only have to stay 1m away from people who they don’t live with from July 4, he is set to say.

The news will be a sign of relief to the hospitality industry, who have long warned they won’t be able to survive with people having to stay 2m apart, and thus having fewer people in their venues.

Boris will confirm that all pubs, restaurants and cafes can open again from July 4 – in a major boost for the nation’s morale.

But they will likely be very different when they do return.

That means more places could be able to serve bevvies outside to thirsty Brits to help them through the summer months.

Downing Street confirmed last night that cinemas, museums and art galleries will be among a raft of venues allowed to reopen from July 4.

They will need to meet new Covid-safety measures such as one-way systems, spaced queueing, increased ventilation and pre-booked tickets.

The Government will issue sector-specific guidance to ensure the public remain safe.

Millions of families and friends will be allowed to visit each other’s homes for the first time in months.

Officials were still ironing out the details last night but government sources said the new rules would likely allow people from different households to mix indoors as long as they remain socially distanced.

Hugging and other body contact is unlikely to be allowed under the plans but it is understood that people will be allowed to stay at each other’s homes overnight.

Other plans under consideration are for household “bubbles” to be expanded – so grandparents can finally hug their grandkids for the first time.

At the moment only single people are allowed to form a household buble with another house – and can hug, stay overnight and visit each other.

The PM will also give the greenlight for Brits to book staycations from July 4 by allowing hotels and B&Bs to reopen.

All but essential travel has been banned for the last three months abroad.

But the news will mean people should be able to start booking a well-earned holiday.

However, campsites look set to remain shut for now – as they rely on many shared facilities like showers and toilets.

People to be able to get a haircut

Shaggy-haired Brits will be able to get a professional cut from July 4 after weeks of DIY disasters.

It will bring cheer to the nation’s 33,000 stylists and beauticians, many of them self-employed.

Gyms & pools are up in the air

It was unclear last night whether gyms and swimming pools would be among the raft of new venues allowed to reopen next month. Industry leaders warned the PM that it would damage the nation’s health if pubs and restaurants were allowed to open before gyms.

They pointed to scientific evidence that dismissed claims that gyms are a hotbed for infection and also pointed out that chlorine kills off the virus in swimming pools. They said there was no difference in the risk of spreading the virus in gyms than non-essential shops, which were allowed to open on June 15.

The boss of the gym industry body UKActive Huw Edwards told The Sun: “The fitness and leisure sector hopes for clarity today, having proven to government it is ready to reopen by sharing its comprehensive health and safety plans.

“Let’s be clear – this is a health crisis. No government would be that irresponsible as to keep closed our gyms and leisure facilities, which can play a key role in combatting Covid-19, and at the same time reopen pubs and restaurants.”


Girl, 15, raped by man who pretended to need to use her phone


Piers Morgan’s GMB is now so right on, it could be BBC Breakfast

GIVE HERO COP A MEDAL


PC who tackled & arrested Reading ‘terrorist’ was an unarmed rookie

Downing Street insisted ministers “will not hesitate” to reimpose controls if the spread of the virus picks up again.

A No 10 source said: “We are only able to move forward this week because the vast majority of people have taken steps to control the virus.

“But the more we open up, the more important it is that everyone follows the social-distancing guidelines.

“We will not hesitate to reverse these steps if it is necessary to stop the virus running out of control.” 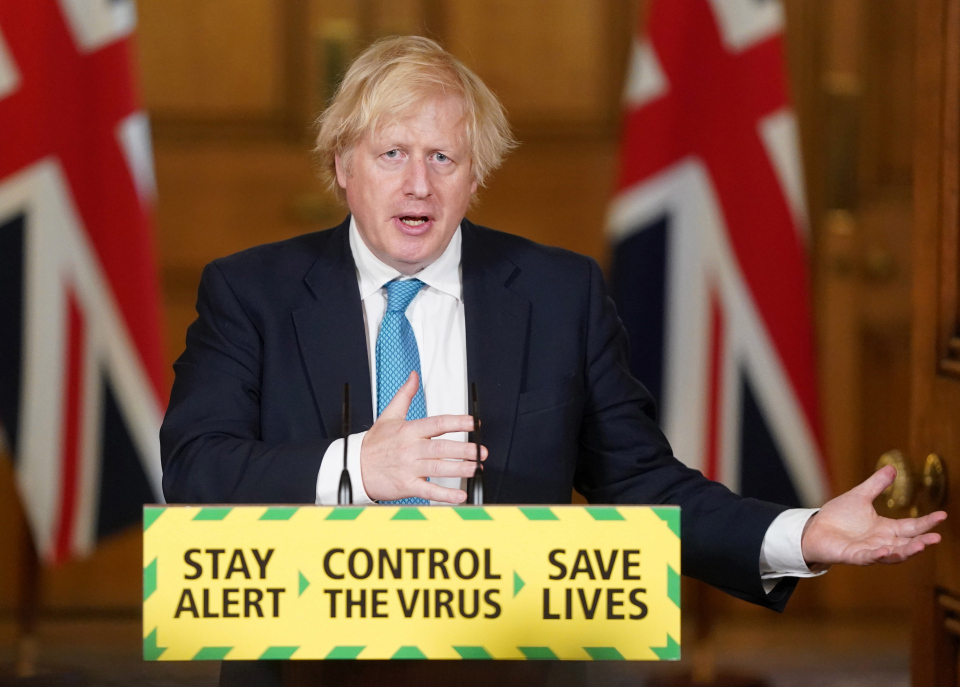 Piers Morgan stuck his fingers in...