BORIS Johnson will ban the sale of petrol and diesel cars after 2030 as part of a £12bn splurge to make the nation go green.

The PM has outlined his plan for the “Green Industrial Revolution” to create hundreds of thousands of jobs in red wall seats, as well as committing to planting 30,000 hectares of new forests every year.

He hopes the new green tech industries will support 250,000 British jobs while turbo-charging the nation’s march towards becoming carbon neutral by 2050. Historic industrial heartlands like the North East, Yorkshire and the Humber, West Midlands, Scotland and Wales will be the focus of new high tech sites.

The PM has also fast tracked his ban on gas producing cars, banning them in 2030 – ten years earlier than previously planned. Under the plans £1.3 billion will be splashed out on charge points for electric vehicles in homes, streets and on motorways across England, while £500 million will be set aside in grants to make the green cars more affordable.

Speaking last night, Mr Johnson said: “Although this year has taken a very different path to the one we expected, I haven’t lost sight of our ambitious plans to level up across the country.

“My Ten Point Plan will create, support and protect hundreds of thousands of green jobs, whilst making strides towards net zero by 2050. Our green industrial revolution will be powered by the wind turbines of Scotland and the North East, propelled by the electric vehicles made in the Midlands and advanced by the latest technologies developed in Wales, so we can look ahead to a more prosperous, greener future.”

Under the green plans Boris wants to prioritise wind and nuclear power, while being ‘carbon capture’ sites in the North East. They’ll also trial using hydrogen as a fuel to heat homes, starting with a “hydrogen neighbourhood” in 2023 – eventually using the clean fuel to power a town by the end of the decade.

Business groups welcomed the announcement, with Josh Hardie, Acting CBI Director-General calling it a “a clear statement of intent.” He said: “It gives a springboard to the huge opportunities for UK-wide investment and green jobs that a true low-carbon economy can bring. Business is fully committed to delivering a green and sustainable recovery from the pandemic.”

The AA’s Edmund King said the cull of petrol cars was “incredibly ambitious” but “welcome.” He said: “Consistently, the barriers to EV ownership are: the initial cost of the car and availability, perceived single-charge range anxiety and charging infrastructure – particularly for the third of drivers without off-street parking.

“If we can tackle these issues with considerable investment and focus, the electric revolution could flourish. We are pleased that the package of measures announced is more than just a date in the diary. By investing heavily in the national charging network, battery production and providing incentives will help. The concession for hybrids will be a welcome stepping stone for fleets and individuals before going fully electric.

“One of the biggest challenges will be for car makers to change more than 100 years of combustion engine production to cater for an electric future within a decade.” 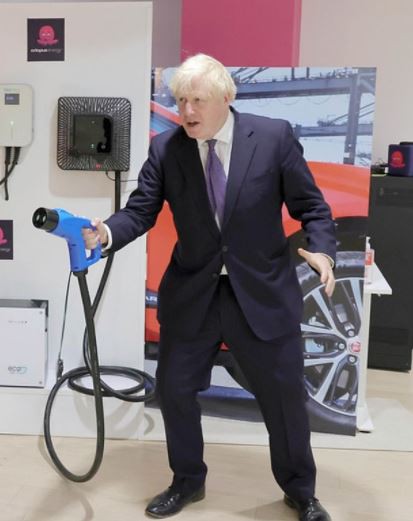