BORIS Johnson has claimed Leicester residents “struggled to understand” the virus rules to stop the spread of the disease.

The Prime Minister today suggested the city was forced into lockdown as many of the residents didn’t know about the Government guidance. 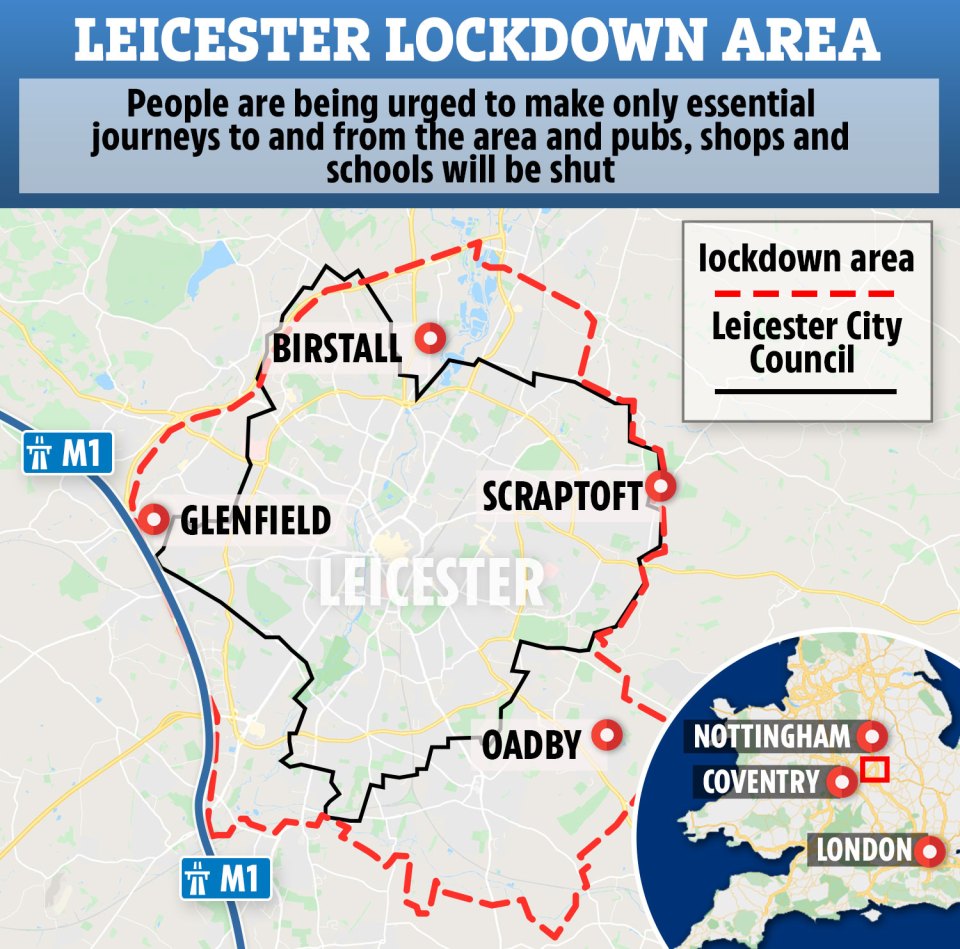 Leicester pubs are to stay shut – and shops have been ordered to close again – as lockdown was extended in the area after a huge spike in cases.

Public Health England identified 2,987 cases, accounting for ten per cent of all cases in the UK.

Speaking at PMQS, Boris claimed the city had “particular” problems after being challenged by the Labour leader on how the outbreak happened.

He said: “For reasons that I think the House will probably understand, there were particular problems in Leicester in implementing the advice and getting people to understand what was necessary to do.

“But let’s face it, we’ve had to act, the government has acted.

“And he wants to know whether we’ll act in future to ensure we protect the health of the entire country – and I can tell him that we will, absolutely.”

ONS figures from 2011 found Gujarati is the first language for 11.5 per cent of the city.

And No10 said this lunchtime that the Health Secretary was in discussions about “provision of extra funding to Leicester councils to ensure those communications are translated into all locally relevant languages”.

It comes after one local politician suggested barriers among Leicester’s Asian community could be one factor behind the city’s coronavirus spike.

City councillor Ratilal Govind said he thought a lack communication with people who do not speak English as a first language could be one factor behind the increasing numbers.

Some 49 per cent of Leicester’s 340,000 population is of Asian heritage or from black backgrounds while in east Leicester that figure is around two thirds.

He said: “I have seen young people getting together, having a few drinks and conversation.

“They are just social gatherings. With these young people there is a language barrier. They are speaking their own language and I tell them to disperse in Gujarati.

“There is a lack of communication made worse by the language barriers.”

The city’s director of public health, Ivan Browne said health conditions such as diabetes and pockets of deprivation could also be to blame.

He said: “We know that these factors combine to create a high-risk, more vulnerable, population that’s more susceptible to coronavirus”.

Councils have blasted the Government for not haring the right data with them so they can monitor outbreaks.

But today No10 insisted they have had access to most data.

However, the local postcode data was only revealed to authorities last week. 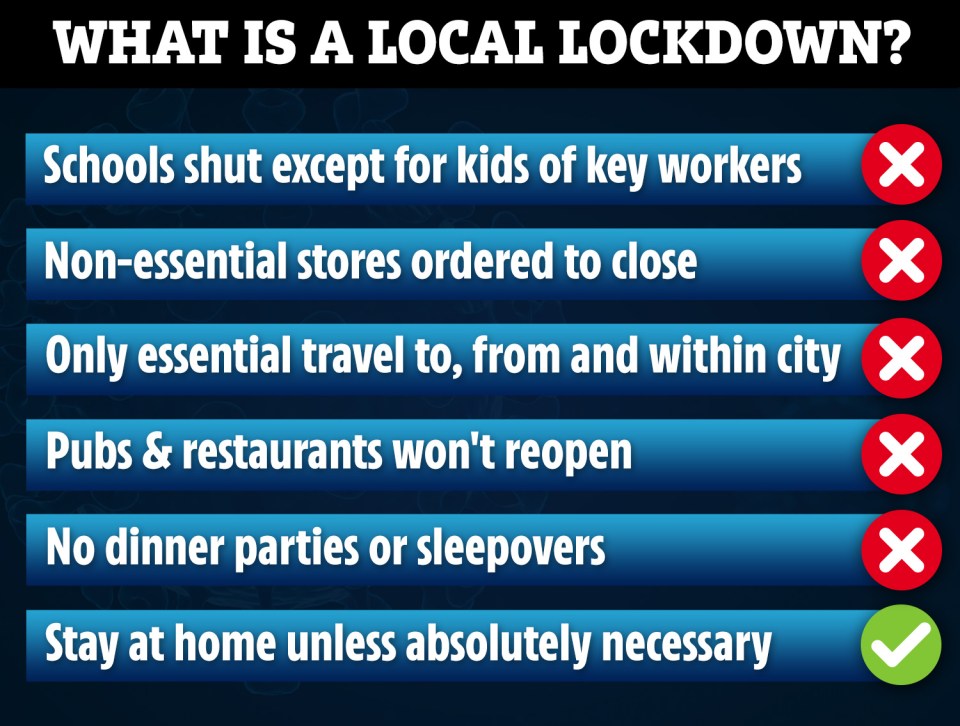 Shocking footage earlier this week captured 200 ravers packed into a Leicester street for an illegal party days before the city shutdown under new lockdown rules.

Hundreds of revellers piled into the Highfields area of the city and drank and danced into the small hours of Sunday night.

The Highfields area of the city is believed to be the centre of the spike in cases of deadly COVID-19.

A furious resident, who didn’t want to be named, told The Sun: “There were hundreds of young people on Oxendon Walk dancing and singing until late. Someone had even brought a sound system and speakers – the music was so loud.

“And it isn’t the first party in Highfields. People haven’t taken lockdown seriously at all around here so I’m not surprised there have been so many cases of the virus.

“The day after the party the street was littered with hippy crack canisters. My mum even tried to start clearing them up because she didn’t know what they were. It’s a disgrace.”

Another local, Fiona Gales, said: “There have been street parties all over the city for weeks – people don’t give a s**t.”

STAY WHERE EU ARE