BORIS Johnson today stood by the ‘poisoned’ foe of Russia’s Vladimir Putin as he demanded an international probe to bring the perpetrators to justice.

The PM said he stands in “solidarity” with Alexei Navalny and insisted that the UK would join the fight “to ensure justice is done” to find out what happened to him.

The poisoning of Alexey @Navalny shocked the world. The UK stands in solidarity with him & his family. We need a full, transparent investigation into what happened. The perpetrators must be held accountable & the UK will join international efforts to ensure justice is done.

The Russian opposition leader is now fighting for his life after a suspected poisoning left him in a coma.

Navalny, 44, fell ill after drinking tea at an airport on Thursday leading to accusations that the Kremlin carried out an assassination attempt.

Navalny fell ill while flying to Moscow on Thursday from the Siberian city of Tomsk, where he met allies ahead of next month’s regional elections.

He was reportedly heard “screaming in pain” shortly after drinking tea at Tomsk airport.

He’s now been rushed to Germany for treatment, with wife Yulia by his side.

The hospital said in a statement that the team of doctors who have been treating Navalny have found “cholinesterase inhibitors” in his system.

Cholinesterase inhibitors are a broad range of substances that are found in several drugs, but also pesticides and nerve agents.

However, the doctors said at the moment the specific substance to which Navalny was exposed is not yet known.

Berlin police and federal agents were posted at the hospital, after German Chancellor Angela Merkel personally offered the country’s assistance.

“Because there is a certain probability of a poison attack, protection is necessary,” Seibert told a press conference.

“The suspicion is that Mr Navalny was poisoned given that unfortunately, recent Russian history has had several such suspected cases.”

A vocal critic of Putin, Navalny has worked to expose government corruption in Russia and has served a number of jail terms.

His alleged poisoning has chilling echoes of Alexander Litvinenko – a former FSB spy and Moscow critic who died after drinking tea laced with radioactive material in London in 2006.

He’s believed to be still in a coma[/caption]

Wife Yulia made the journey with him[/caption] 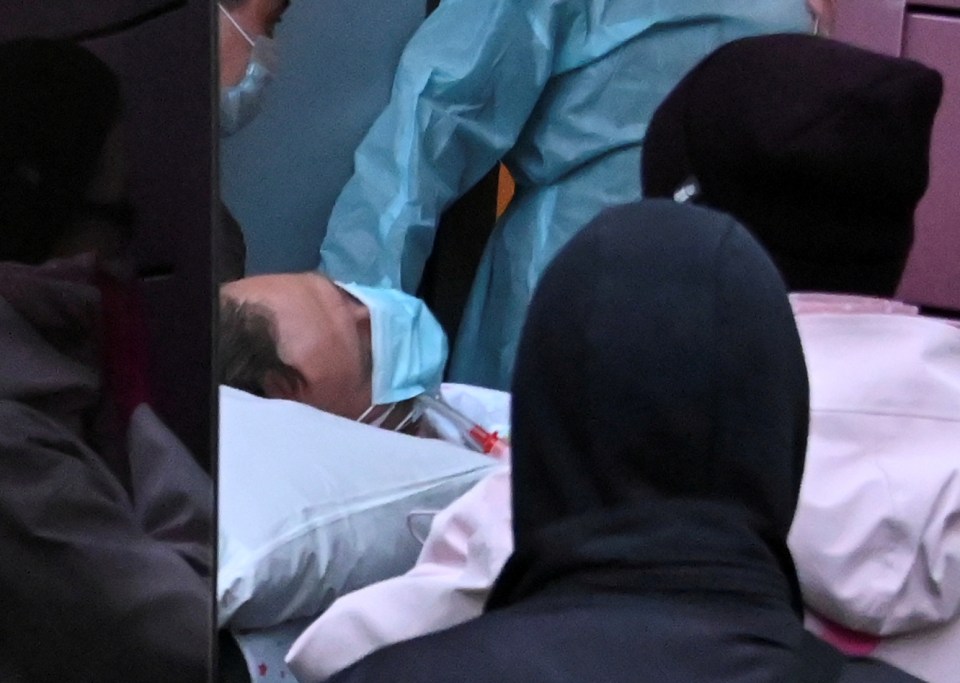