The humiliated leftie boss took “full responsibility” for the “bitterly disappointing” results as he desperately scrambled to save his leadership and party from extinction.

Read our Elections 2021 live blog for the very latest updates

After a brutal year of pandemic ups and downs, the Prime Minister is riding high with an earthquake 7,000 majority win in the North East town that has had a Labour MP since 1974.

The stunning victory saw the Tories overturn a majority of 3,500, with Labour slumping nine per cent since 2019.

It was the biggest by-election win by a party in government since the Second World War.

Jubilant BoJo travelled to Hartlepool to hail it as a mandate for his “levelling up agenda” and proof of the success of his Brexit deal.

He told well-wishers: “This is a place that voted for Brexit, and we got Brexit done.”

Attempting to draw a line in the sand after weeks of sleaze allegations, Mr Johnson vowed to rebuild the Covid-battered economy.

The Tories also made stonking gains in vital local council fights as well as a victory for Ben Houchen to stay Tees Valley Mayor. 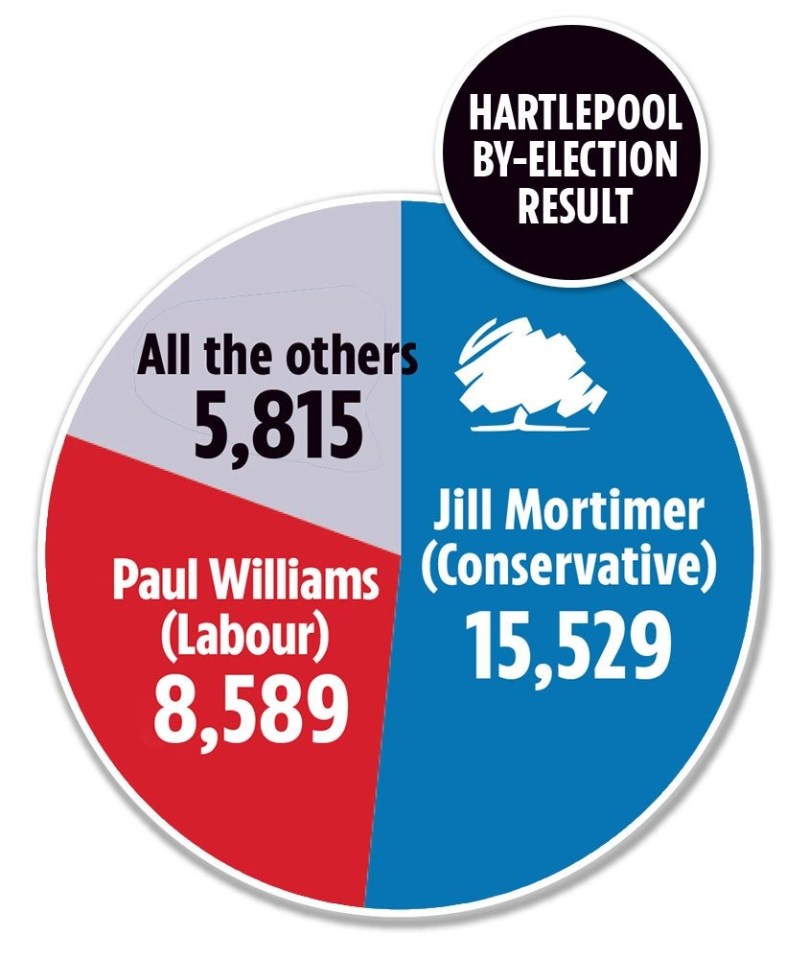 The Conservatives are advancing in the very areas Starmer would need if he has any hope of reaching No10.

But the Labour boss is doing even worse than Jeremy Corbyn.

Both left and right within the party called for a change in tactics.

Finally breaking his silence nine hours after the bombshell Hartlepool defeat, Sir Keir admitted he had failed to “connect” with voters.

He added the “bitterly disappointing” defeats show Labour is hopelessly out of touch with working class Brits.

But he denied the party is facing a life or death battle for survival.

Sir Keir said the party must stop “quarrelling” and tell Britons what it stands for. He said: “The Labour Party has to rise to the challenge of reconnecting with working people.

The stunning victory saw the Tories overturn a majority of 3,500, with Labour slumping nine per cent since 2019[/caption]

“We were set up to represent working people, we need to reconnect, rebuild that trust.

“That means learning the lessons of the results that are in, and putting a much stronger and bolder case to the country.” But the hard-left were sharpening their knives.

Corbynista MPs and union chiefs darkly warned that Sir Keir will be out of a job unless he ditches his “flag waving” and becomes more left wing than his predecessor.

John McDonnell furiously accused him of sending Labour candidates out “naked” with no real policies.

Corbynista MP Clive Lewis added: “The leadership, Keir Starmer, will have to answer some very tough questions about why we are where we are.”

He added: “If he doesn’t change direction, not only will he be out of a job — but the Labour Party may be out of government forever.”

Labour moderates furiously hit back — blaming the historic defeat on the toxic effects of “long Corbyn”.

They said Starmer must go faster and harder in tacking to the right and booting out hard-left elements. Labour insiders told The Sun that Sir Keir should do a Kinnock and “stand up” to the party’s unpatriotic hard-left rump.

Big beast Peter Mandelson — a former Hartlepool MP — warned yet more of the Red Wall will crumble if Labour does not transform itself.

The former minister said he felt “mild fury” at the defeats — and warned Labour must not go back to the “la la land” of the Corbyn years.

He said: “We have not won a General Election in 16 years. We have lost the last four, with 2019 a catastrophe. 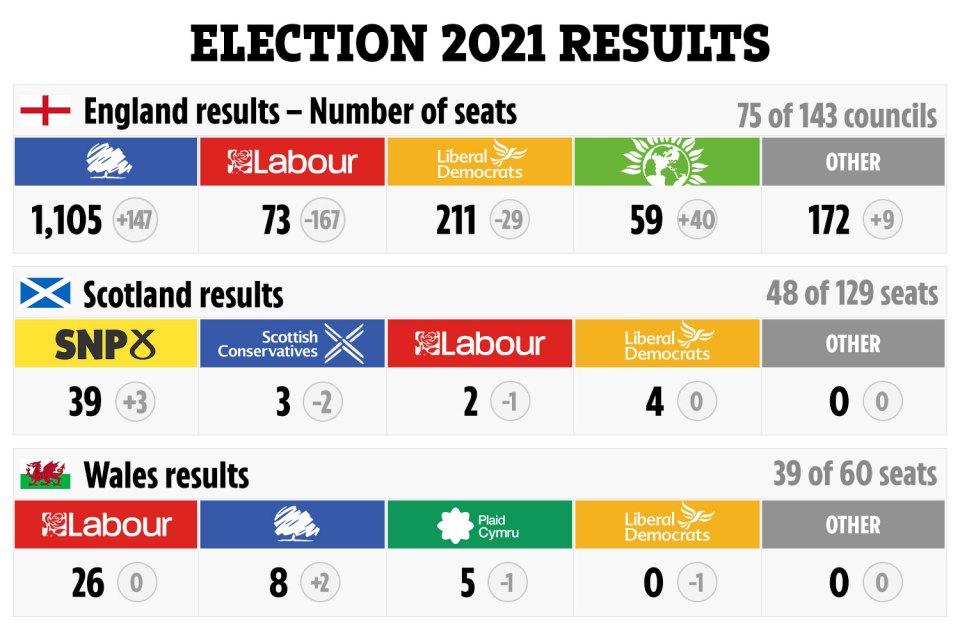 “We need to learn the lessons of those victories as well as those defeats.”

Phil Wilson, who lost his seat as MP for Sedgefield in 2019, blamed “long Corbyn” and urged Sir Keir to “plant a flag” spelling out his vision for a greater Britain.

He told The Sun: “I don’t believe that anybody who hasn’t got a belief in the country belongs in the party.

“It should be that if you vote Labour, you vote for the United Kingdom.”

Victorious Tees Valley Mayor Ben Houchen told The Sun the Tories face a crunch three years if the are to maintain support in the new Blue Wall.

He said: “Nothing is set in stone, nothing is solidified, there is no new normal at the minute.

“There is a big opportunity — if we get this right we could see the solidification of the Conservative vote in places like Teesside and across the North.

“But if we get it completely wrong and the Government doesn’t deliver what it started and we don’t continue what we started, it can easily be undone.”

Mr Houchen also revealed BoJo sent him a voicemail congratulating him on his win — and said that he will be celebrating with a drink in a pub beer garden.

Attempting to draw a line in the sand after weeks of sleaze allegations, Mr Johnson vowed to rebuild the Covid-battered economy[/caption]


Local election 2021 candidates: How to find out who’s standing in your area