The PM hailed a “new dawn” in the UK’s alliance with the Aussies as he inked the historic agreement with counterpart Scott Morrison.

The leaders chewed over the finishing touches over a Downing Street dinner of Welsh lamb last night.

They agreed to tear down tariff barriers meaning Aussie wines like Jacob’s Creek and Hardy’s should be cheaper for Brits to buy.

Ministers say the deal could save British families up to £34million a year.

It is the first agreement negotiated entirely from scratch since Brexit and is being chalked up as a major victory for Global Britain.

The Sun first revealed last month that the PM agreed to press ahead with the accords after siding with Trade Sec Liz Truss in a Cabinet bust-up over fears British farmers would be undercut by cheap Aussie meat.

Under the deal Brits under 35 will also find it easier to work in Australia.

The Government also hailed the deal for shoring up 3.5million UK jobs as industries like car makers and whisky distilleries can export to Oz cheaper.

Boris Johnson and Scott Morrison in No10 today[/caption]


PM delays ending lockdown for four more weeks – will we EVER be free?

The PM said today: “Today marks a new dawn in the UK’s relationship with Australia, underpinned by our shared history and common values.

“Our new free-trade agreement opens fantastic opportunities for British businesses and consumers, as well as young people wanting the chance to work and live on the other side of the world.

“This is global Britain at its best – looking outwards and striking deals that deepen our alliances and help ensure every part of the country builds back better from the pandemic.” 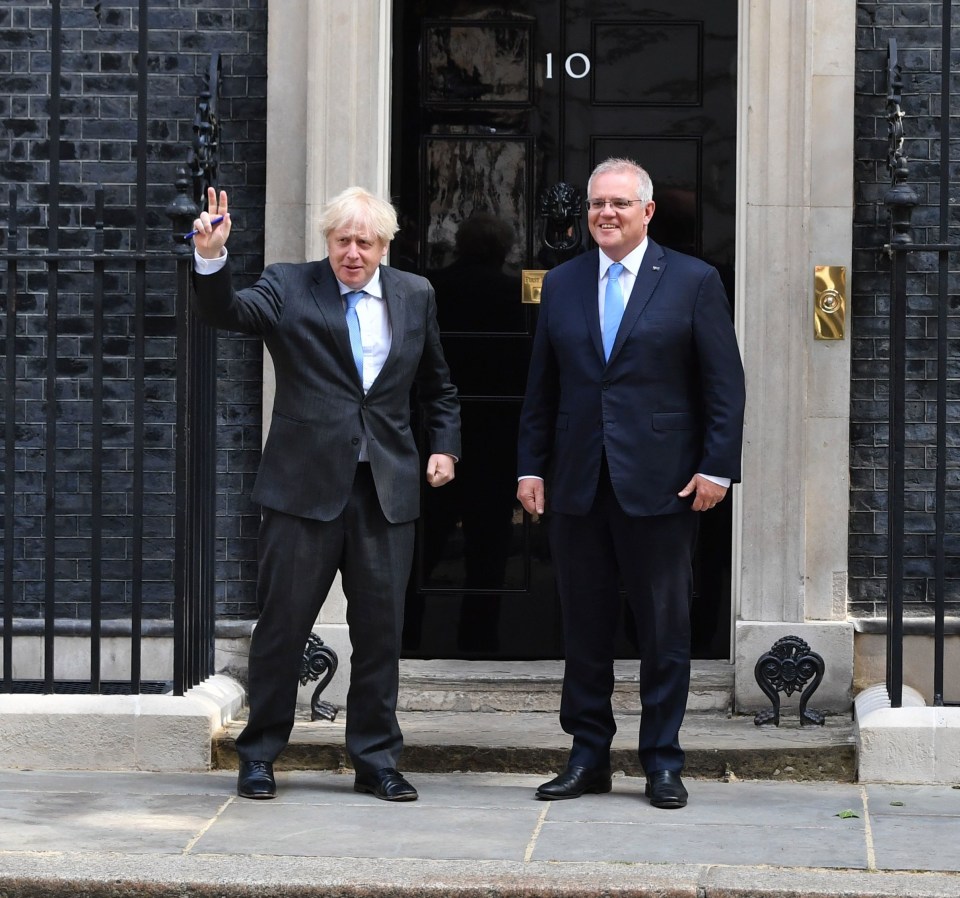