BORIS Johnson has shed several pounds by ditching takeaways and sugary treats after his brush with death, a source told The Sun.

A month after vowing to go on a diet following his coronavirus scare he is reportedly over the moon to have slimmed down from an officially obese 17.5 stone.

One source said he had shrunk by an impressive two and a half stone to shrink to 15 stone but another insider disputed it was that much.

Boris is now urging other Brits to get fit to beat the bug.

As well as ditching burger takeaways and midnight feasts of cheese and chorizo, the PM has also been running round Buckingham Palace and playing tennis at the US ambassador’s house.

The PM previously told colleagues and friends: “Don’t be a fatty in your fifties.”

A source said: “He’s been on a health kick to specifically lose weight after being really ill with coronavirus and I think he was told by doctors it was because of his weight that he was so badly affected.

“He’s exercising more and avoiding takeaways and any snacks.

“He’s lost two and a half stone so far and is doing really well.”

In December 2018 it was reported that the then former foreign secretary had shed 12 pounds in two weeks after a visit to a doctor made him feel “ashamed”.

Fiance Carrie Symonds was credited for helping the PM slim down and smarten up.

But he said he had piled on the pounds while he was campaigning relentlessly for the Tory leadership last year.

The PM has previously spoken about his love for unhealthy food including sausage and mash, red wine, birthday cakes and Diet Coke.

In a 2008 Guardian article he said: “My favourite thing is probably bangers, mash and mustard, with red wine. I do drink quite a lot of wine: red, white, or champagne.

He added: “At work I don’t snack apart from a few chocolate croissants mid-morning to keep the wolf from the door, and I’ll always have a latte coffee. For lunch I tend to eat any old thing.”

The PM weighed in 17stone and 7lbs when he was admitted to St Thomas’s hospital with coronavirus.

It was previously reported in The Times that Boris was playing tennis at the American Ambassador’s tennis court at his residence in posh Winfield House close to London’s Regent’s Park.

He was also recently snapped jogging near Buckingham Palace with the dog he shares with fiance Carrie Symond, Dilyn.

Boris has been getting in shape by jogging with the dog he shares with fiance Carrie Symond, Dilyn[/caption] 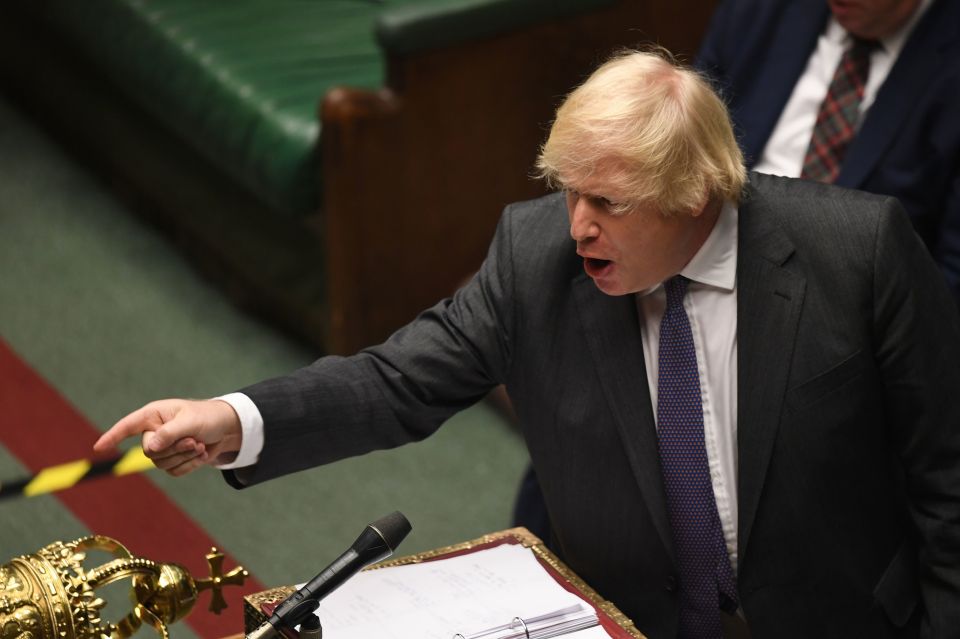 Bosses won’t be able to force...