TEACHERS, parents and kids are all ready for schools to reopen on Monday and feel a burning need to get back to class, Boris Johnson declared today.

The Prime Minister insisted kids are more at risk from staying at home due to missing out on learning than they are from Covid in the classroom – boasting “we are ready.”

And the Education Secretary added that schools will stay open after the Easter break come what may.

Ministers are braced for a surge in the virus “R” rate due to kids mixing in classrooms once again, but Gavin Williamson said Monday’s return must be “irreversible.”

Thanking teachers and parents for six weeks of home-schooling and efforts getting ready to return, the PM declared: “I’m very hopeful that it will work, it will all go according to plan.”

Mr Johnson said that tomorrow will be “the first big step of the roadmap that we hope is a roadmap to freedom and it’s made possible by the rollout of the vaccination programme.”

Secondary school kids will also be mass-tested for the bug as schools get ready to fling open the gates for the first time in six weeks.

Speaking on Sunday morning on a visit to Christian community centre in Brent, Northwest London, Mr Johnson thanked teachers for the massive reopening efforts ahead of Monday’s return.

“I’m massively grateful to parents who’ve put up with so much throughout the pandemic – and the teachers who have done an amazing job of keeping going – but I do think that we’re ready.”

He added: “I think people want to go back – I think they feel it, they feel the need for it, and you ask about the risk – I think the risk is actually in not going back to school tomorrow given all the suffering, all the loss of learning we have seen.”

In her final address as children’s commissioner for England last month, Anne Longfield said it was “impossible to overstate how damaging the past year has been for many children”.

And Mr Johnson’s comments echoed England’s chief schools inspector who expressed concern about eating disorders and self-harming among children after she said pupils endured “boredom, loneliness, misery and anxiety” during the school shutdown since January.

Amanda Spielman said home learning “has been a real slog” for many and that teachers and parents “need to be alert” to more serious mental health difficulties persisting for a minority of children even after classrooms open again this morning.

The Ofsted boss said for the “vast majority of children the restoration of normality” should be enough to “lift those symptoms” of mental health difficulties like loneliness and anxiety.

And she added that there is “no perfect solution” for exam results this year but that teacher assessments were “a good attempt at creating the best we can do in very, very unsatisfactory circumstances”.

It came as the Education Secretary said proposed changes to the summer holidays and longer school days were being considered for helping pupils catch up on lost learning during the pandemic.

Summer holidays could be slashed with a five-term year and longer school days in the biggest reform since the Second World War.

And he vowed the government would be “enhancing support to teachers and making sure they can be the very best of themselves.”

Speaking ahead of schools reopening, Mr Williamson said the education sector was “leading the way”

He told the BBC: “”This is our first step, our real first step in terms of moving out of national lockdown and it is our schools that are leading the way.”

“We are very much factoring in as part of the road map that actually schools will be staying open.

“That is why we are taking a cautious approach because we intend for it to be an irreversible approach and that schools will continue to remain open.”

And he gave a guarantee that schools would return again after the Easter holidays, saying that would always be the government’s intention.

Despite the pivotal role teachers have played in the pandemic and easing of lockdown, Mr Williamson used his Sunday morning tour of the TV studios to confirm they would not be getting a pay rise like nurses.

He told Sky News: “What we all recognise is that this is a period of making sure we have restraint right across the public sector.


Black market betting ‘will rocket if new laws are too strict’

“But we aren’t nervous about investing in those key public services such as the NHS, such as schools.”

Defending the teachers pay freeze, he added: “”We saw this year the largest pay increase for teachers since 2005. 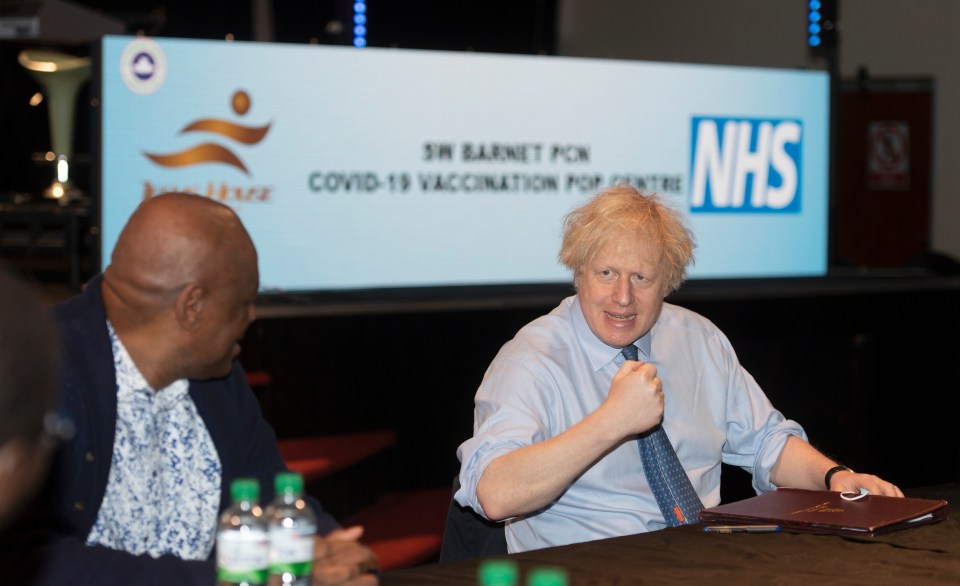 Schools reopening: What are my rig...