The most senior civil servant at the Department for Education will step down from September 1 – only days after exams regular boss Sally Collier quit over the grades fiasco.

Students and teachers were furious over the exams chaos[/caption]

The decision to oust Mr Slater from the Department for Education comes after the PM apologised for the “mutant algorithm” which unfairly downgraded thousands of A-level students.

Education Secretary Gavin Williamson has managed to cling onto his job despite massive pressure for his resignation over the algorithm.

Mr Slater will be temporarily replaced by Susan Acland-Hood, who was brought his de facto deputy last week.

A permanent replacement will be brought in the coming weeks, the DfE said.

A statement said today: “The prime minister has concluded that there is a need for fresh official leadership at the Department for Education.

“Jonathan Slater has therefore agreed that he will stand down on 1 September, in advance of the end of his tenure in spring 2021.”

Sacking Mr Slater is also part of the PM’s long awaited plans to “shake up” Whitehall.

He is the fifth senior civil servant to leave Whitehall this year – after cabinet secretary Mark Sedwill resigned along with three permanent secretaries: the Home Office’s Philip Rutnam, Simon McDonald at the Foreign and Commonwealth Office, and Richard Heaton at the Ministry of Justice.

Mr Williamson was forced to U-turn on using the dodgy algorithm designed to dole out A-level and GCSE grades earlier this month, allowing pupils to rely on their teacher predicted marks.

But school leavers still had to deal with massive uncertainty after many of them had already been turned down by their first choice uni.

Many could still have to take gap years to deal with the lack of space on campuses after student caps were torn up to deal with the number of pupils who met their university offers with their predicted marks.

Mr Johnson today acknowledged the heart ache and anxiety wrought by the chaos.

He told a group of school kids: “I’m afraid your grades were almost derailed by a mutant algorithm.

“I know how stressful that must have been for pupils up and down the country.

“I’m very, very glad that it has finally been sorted out.”

Mr Williamson tried to foist the blame onto Ofqual in the aftermath of his U-turn.

But today he said he had not asked ex-Ofqual boss Ms Collier to quit.

He told BBC Breakfast: “No, this was a decision that Sally made, an incredibly dedicated and committed public servant, and in discussions with the Ofqual board, which, as you’re aware, is a non-ministerial government department.”

“That was a decision between them.”

Labour Shadow Education Secretary Kate Green said of Mr Slater’s sacking: “Under this Government civil servants have time and time again taken the fall for the incompetence and failures of Ministers.

“Parents will be looking on in dismay at a government in complete chaos just a matter of days before children will return to schools.

“Leadership requires a sense of responsibility and a willingness to be held accountable, qualities this Prime Minister and his ministers utterly lack.”

Civil Servants Union general secretary Dave Penman told the BBC: “If it wasn’t clear before, then it certainly is now – this administration will throw civil service leaders under bus without a moment’s hesitation to shield ministers from any kind of accountability.” 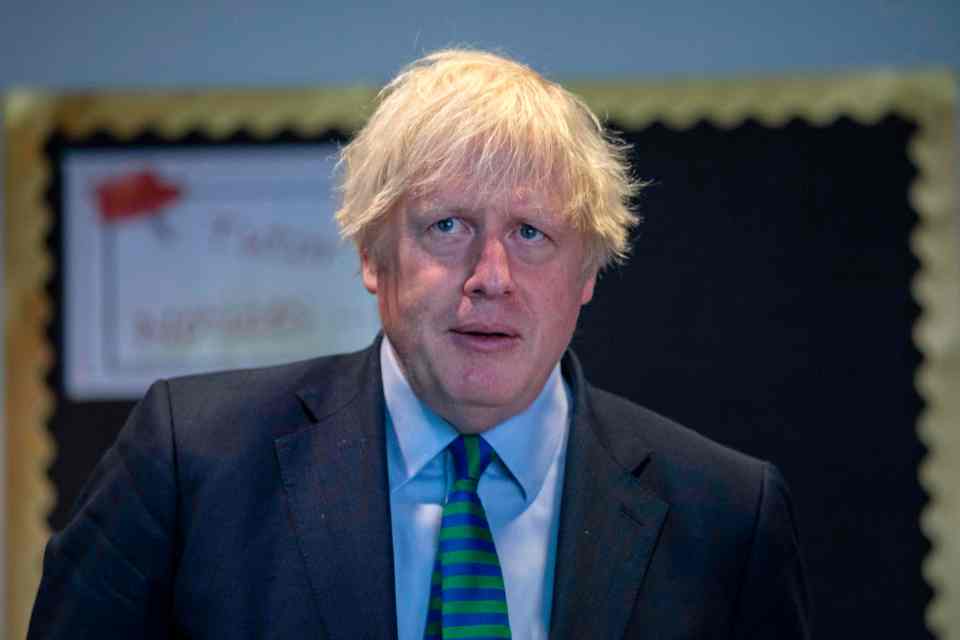