BORIS Johnson revealed he has lost almost TWO STONE since his covid battle as he urged Brits to “search for the hero inside”.

The PM told the Tory party’s virtual conference he had such a ferocious fight against the deadly bug because he was “too fat”.

Mr Johnson said today: “I’ve read a lot of nonsense recently about how my own bout of Covid has somehow robbed me of my mojo.

“This is self-evident drivel the kind of seditious propaganda you’d expect from people who don’t want the government to succeed.”

Making an apparent nod to the 1994 M People hit ‘Search for the Hero’, he added: “I have to admit the reason I had such a nasty experience with the disease is because while I was superficially in the peak of health I had a very common underlying condition –  my friends, I was too fat.

I had a very common underlying condition – my friends, I was too fat.

“I’ve since lost 26 pounds – you can imagine that in bags of sugar – and I’m going to continue that diet because you’ve got to search for the hero inside yourself in the hope that individual is considerably slimmer.”

That means Mr Johnson took off the equivalent of roughly 13 bags of sugar.

During his speech today the PM also vowed to “build back better” and work “night and day” to make Britain the “greatest place on earth” with a plan to look beyond coronavirus with a raft of new policies.

He said: “It is not going to hold us back, slow us down, and we are certainly not going to let us get us down… even in the darkest moments.”

But while Mr Johnson launches fight back – he is facing his own battle to get fit.

WEIGHT OFF HIS MIND

Struck down by a debilitating bout of coronavirus, Mr Johnson, 55, has taken on a new healthy regime since leaving hospital in April.

He was given permission by the Queen to run around the grounds of Buckingham Palace and has also been playing tennis at the US ambassador’s house.

But Boris has really tackled the tub by ditching takeaways and sugary treats, The Sun revealed in July.

Bo-Jo vowed to go on a diet after his Covid scare and has since slimmed down from an officially obese 17.5 stone.

He’s exercising more and avoiding takeaways and any snacks.

A source said: “He’s been on a health kick to specifically lose weight after being really ill with coronavirus and I think he was told by doctors it was because of his weight that he was so badly affected.

“He’s exercising more and avoiding takeaways and any snacks.”

Fiancee Carrie Symonds was credited for helping the PM slim down and smarten up.

But he said he had piled on the pounds while he was campaigning relentlessly for the Tory leadership last year.

The PM has previously spoken about his love for unhealthy food including sausage and mash, red wine, birthday cakes and Diet Coke.

The PM weighed in 17stone and 7lbs when he was admitted to St Thomas’s hospital with coronavirus.

It was previously reported in The Times that Boris was playing tennis at the American Ambassador’s tennis court at his residence in posh Winfield House close to London’s Regent’s Park.

He was also recently snapped jogging near Buckingham Palace with the dog he shares with fiancee Carrie Symond, Dilyn. 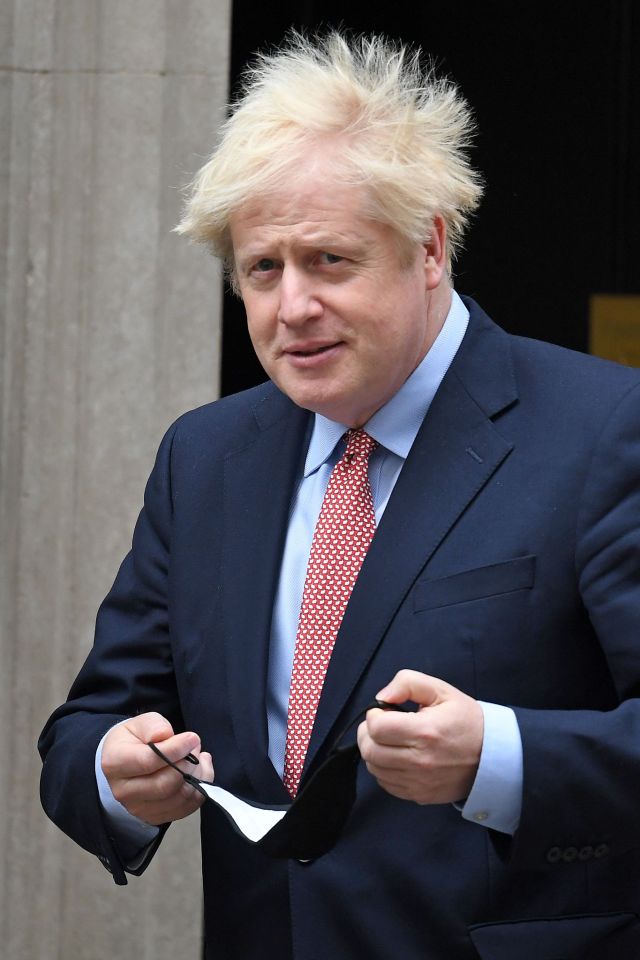