BORIS Johnson ramped up the “sausage wars” yesterday — after Emmanuel Macron claimed that Northern Ireland was not part of the United Kingdom.

The French President showed his ignorance when our Prime Minister asked him to ease EU rules that could ban British firms from sending chilled meat products to Ulster.

Mr Johnson said Mr Macron should put himself in his shoes and asked: “How would you like it if the French courts stopped you from moving Toulouse sausages to Paris?” His French counterpart is said to have replied: “That is not a good comparison because Toulouse and Paris are in the same country.”

The PM looked gobsmacked and said: “Britain and Northern Ireland are part of the same country, too.”

Last night, Mr Johnson was close to tearing up the protocol which he claims has led to “draconian” customs checks by EU zealots.

Sources warned of a two-week deadline for a compromise to be reached before Mr Johnson will be forced to act to avoid the risk of empty supermarket shelves in the province. Mr Macron dropped his banger clanger during a private meeting with the PM at the G7 summit in Cornwall.

Mr Johnson used the example of the Saucisse de Toulouse — a spicy coiled rustic sausage from southern France that is made of pork, red wine and garlic.

A government source said: “It is often the case during all our conversations with the EU that they do not see Northern Ireland in quite the same way as we do. The Prime Minister was pretty struck by what the President had to say.

“It was extremely revealing about how they see the issue and, perhaps, explains why we have had so many difficulties with them.”

Mr Johnson encountered a similar stubbornness and lack of geographical awareness in a morning of head-to-head meetings with German Chancellor Angela Merkel and the two EU presidents Ursula von der Leyen and Charles Michel. The talks were described as “serious and forthright” but Mr Macron and Mrs Merkel were said to be “more reflective”.

An insider claimed: “We weren’t getting much back from them. They all seemed to be reading from a script.”

Mr Johnson branded the bloc’s approach to the Brexit rules “theological” and said he will not hesitate to take action if the EU failed to change the trade restrictions. He added: “If the protocol continues to be applied in this way, then we will obviously not hesitate to invoke Article 16, as I have said before.

“Don’t forget, the EU themselves invoked Article 16 in January, to disapply the protocol, so they can stop removal of vaccines from the EU to the UK.

“I’ve talked to some of our friends here today, who do seem to misunderstand the UK is a single country, a single territory. I just need to get that into their heads.” But EU chiefs were stubbornly digging in their heels.

One official said bluntly: “We have moved on in Europe. It’s not something the people of Europe care about.

“People don’t want us talking about sausages in Northern Ireland. They want to see EU leaders talking about things that matter, like jobs and vaccines.

“There will be no wavering. Both national leaders of the member states and the two EU leaders are on the same page. This is a very serious issue. It has been drafted, signed, ratified and is now British law, European law and an international treaty.

“The EU is a community of law based on rules and procedures. We are strengthening that message, which has already been given multiple times. We made our position clear on Wednesday and the ball is in the British court.”

Charles Michel also joined in the talks with Mr Johnson[/caption]

Last night, a government source replied: “It doesn’t matter to us whether the people of Europe care about this issue or not. We do.”

The source said the “excessively burdensome” protocol was not only causing problems with movement of meat within the UK but it was also preventing the movement of 30 types of drugs and medicines. He added: “We want a negotiated solution but time is running out.” 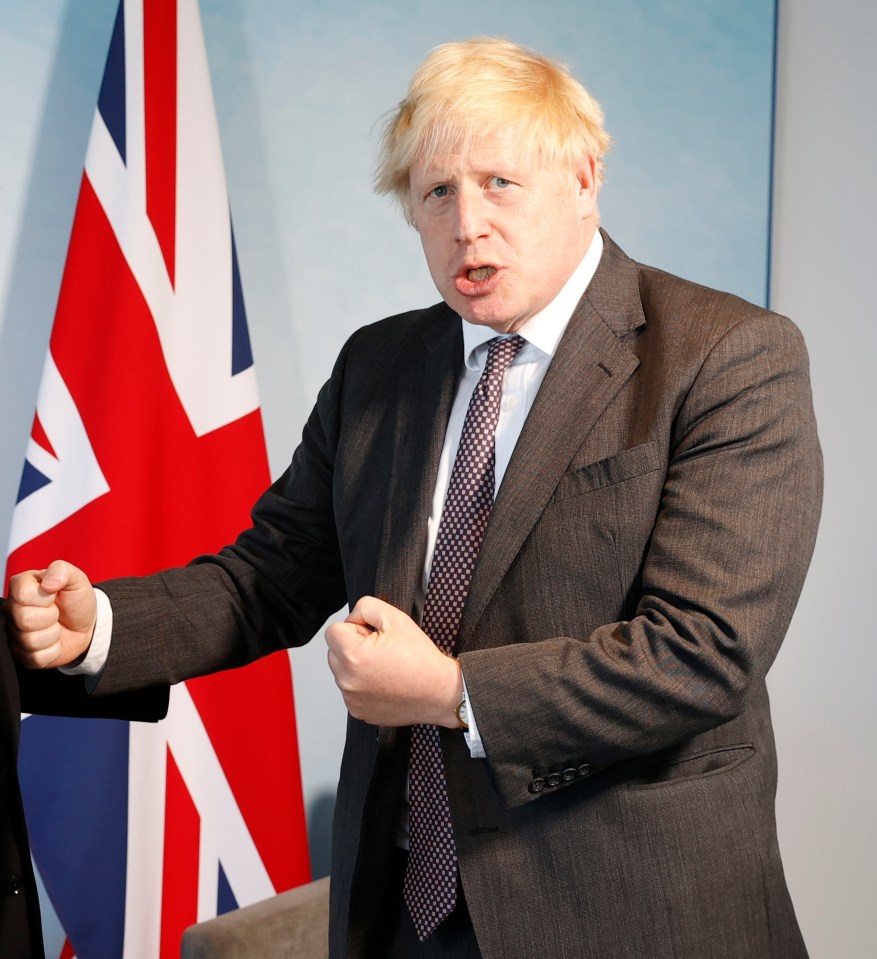 ‘This madness mustn’t be tolerated...

Carrie Johnson has been ‘unsung st...