BORIS Johnson has ordered his MPs to defend “The Prittster” after Priti Patel issued a grovelling apology over findings of a bullying probe.

The Prime Minister said the accusations that she shouted at staff fell down because the investigation said she was “legitimately frustrated” at the poor performance of Civil Servants.

She also said in an pooled clip this evening: “I work with thousands of brilliant civil servants every single day and we work together, day in, day out to deliver on the agenda of this Government.

“I am absolutely sorry for anyone that I have upset.”

Mr Johnson’s decision prompted long term Whitehall anti-bad behaviour boss Sir Alex Allan – who had conducted the inquiry – to resign after his finding that Ms Patel’s behaviour could be seen as bullying was ignored.

Strict rules for ministers outlaw bullying and say staff must be treated with courtesy and respect at all times, and his report found Ms Patel had: “not consistently met the high standards required.”

As the civil service was thrown into uproar Chairman of the Committee on Standards in Public Life Lord Evans of Weardale said his committee would look “urgently” at what had happened as part of its review of the ministerial code following Sir Alex’s resignation.

Home Office permanent secretary Matthew Rycroft said the report made “difficult reading” but added the relationship between officials and ministers had “improved considerably.”

Former Treasury official Nick Macpherson piled into the fray, saying “bullying at work is never justified” following the revelations Ms Patel was let off because it was “unintentional”.

He added: “Things have to be very bad indeed for a Cabinet Office enquiry to find fault in a minister -the system is rigged to conclude the contrary.”

A spokesperson for No10 said this lunchtime: “The PM is reassured the Home Secretary is sorry for inadvertently upsetting those with whom she was working with but ultimately as the arbiter of the ministerial code, weighing up all the factors, the PM doesn’t believe there is a breach.”

ROLL OUT ROLL OUT


EVERYONE in Britain will have Covid vaccine by April, leaked docs reveal 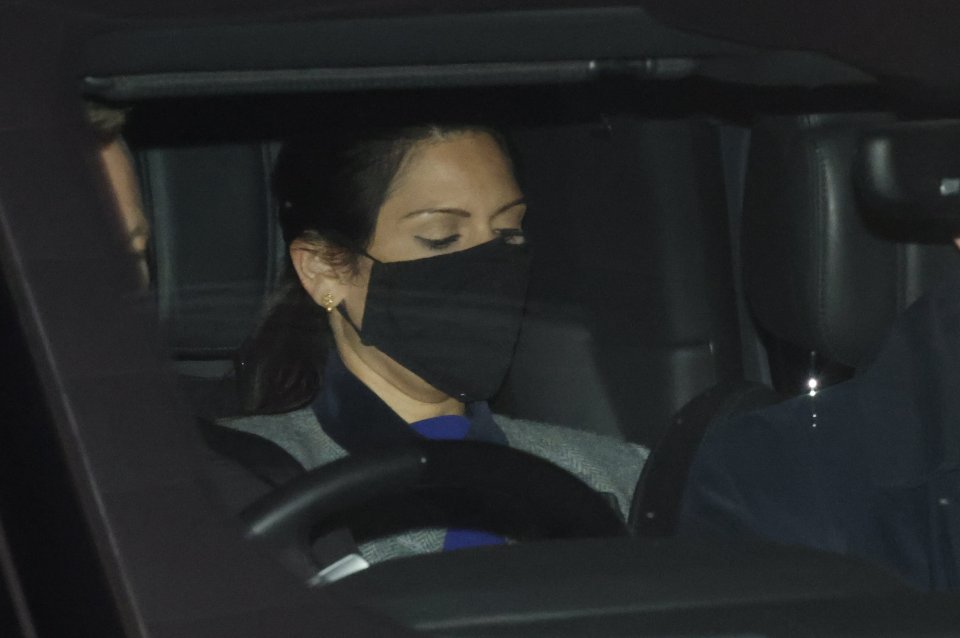