BORIS Johnson was forced into a humiliating apology yesterday after getting muddled by his own Covid rules.

The PM gave duff advice about the lockdown in the North East, seemingly confused at when and where he had outlawed boozing.

His gaffe came after a bungling minister made the same mistake — sparking calls from colleagues to “get a grip or simplify what we are telling people”.

The Sun also found the only UK pub legally allowed to serve after 10pm — a Wetherspoons on the M40 which has exploited a loophole.

After a day of chaos and sniping from his MPs, Mr Johnson will today restore weekly virus press conferences from No10 in a bid to quell growing confusion.

Despite Merseyside and London being on red alert for more measures, the PM is not expected to unveil any fresh clampdown today following his nationwide 10pm pub closures. 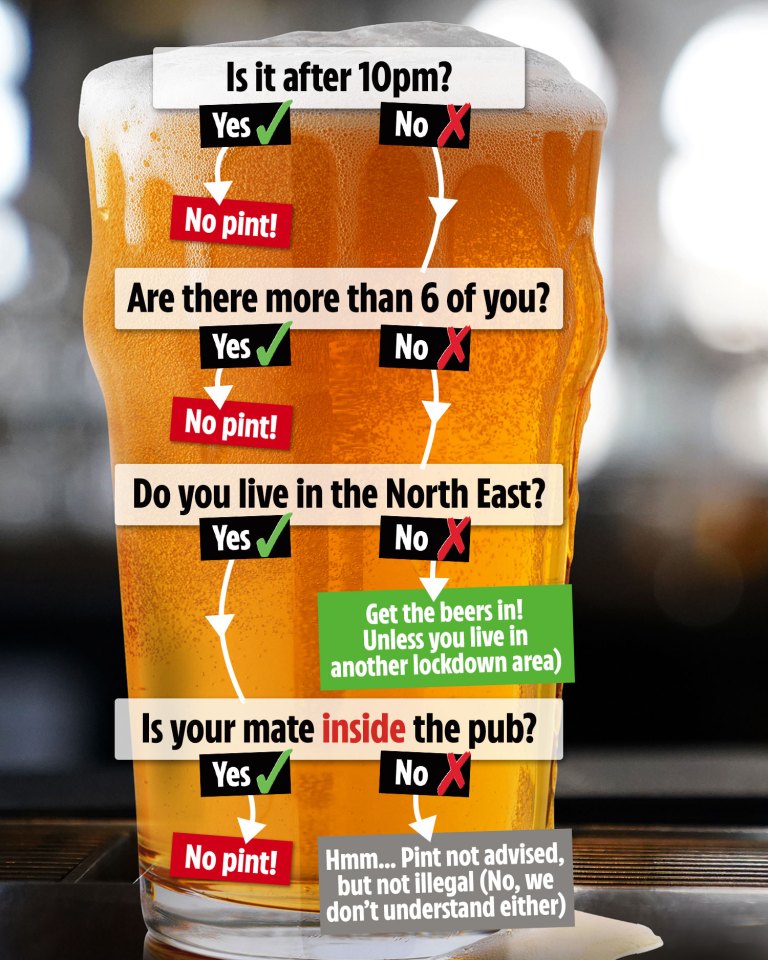 But he will be joined by the Government’s top medics Chris Whitty and Patrick Vallance to address rocketing infection rates, with a further 7,143 daily cases and 71 deaths.

Mr Johnson will also seek to dampen rising anger at the Government’s mixed messaging after a speech descended into farce yesterday in Exeter.

The PM tied himself in knots over complex laws that ban households from meeting in vast swathes of the North East. He also got muddled over the “rule of six”, wrongly saying it did not apply to gatherings outside.

Mr Johnson was later forced to clarify with a tweet saying “apologies, I misspoke” and confirming that people should avoid meeting other households in pub gardens in locked-down areas.

However, it will not be against the law to do so, and people will not face fines — though it will be against official guidance.

In parts of the North East, including Sunderland, Durham, Newcastle and Northumberland, people cannot pop around to a friend’s for a cup of tea.

Visiting parents for lunch in any public setting is also not allowed.

Hours before the PM’s gaffe, Skills Minister Gillian Keegan admitted she had no idea when and where people could meet up in the region during a car crash interview. She claimed she did “not represent the North East” as an explanation for not knowing.

But No10 admonished her, saying the Government represented all parts of the UK — before the PM made the same mistake.

The new 10pm pub closures have also sparked town centre chaos across the country, with drinkers piling out of boozers to buy more at off-licences. 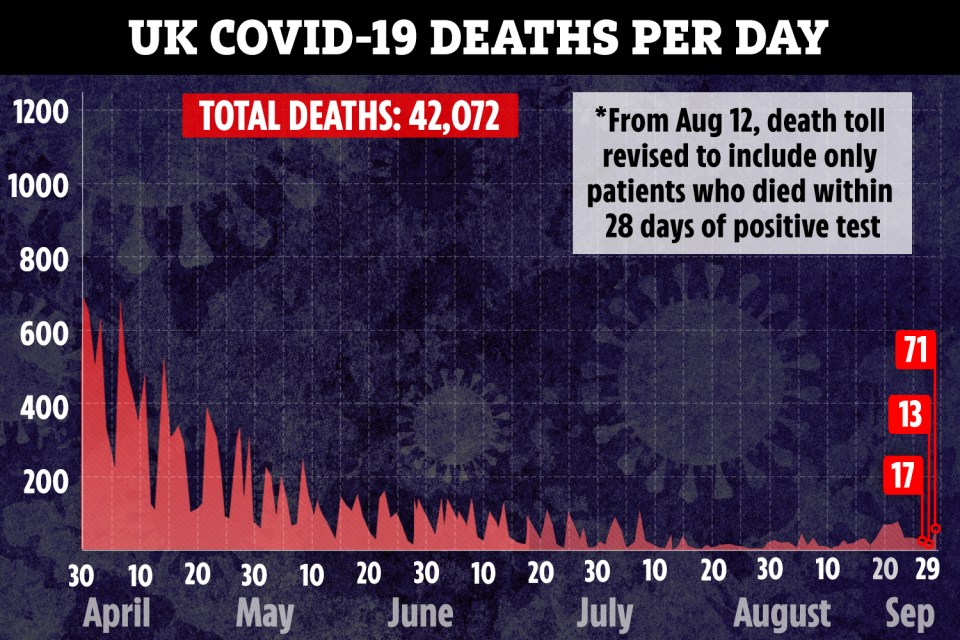 Meanwhile, ministers were last night facing a huge rebellion over the Government’s bungled use of sweeping Covid powers.

Ex-chief whip Mark Harper said as many as 100 could back an amendment by Sir Graham Brady demanding that MPs get a say over future Covid measures.

Talks last night failed to broker a peace deal — teeing up a potential clash in the Commons today. Current chief whip Mark Spencer will meet the rebels this morning in a final bid to avoid what would be a damaging loss.

Ministers are reluctant to grant MPs a veto – arguing they need to act swiftly in the evolving crisis.

They also fear giving any role to MPs could be used by Labour and other parties to tie the Government’s hands.

Ministers are believed to have offered rebels a compromise — giving MPs a retrospective vote after any new measures are introduced. But this is understood to have been rejected.

Mr Harper told Times Radio last night: “For me, the bottom line, and I think for many colleagues, is this idea of having to get Parliament’s approval in advance, not afterwards.”

A government source said last night that talks were “ongoing”. 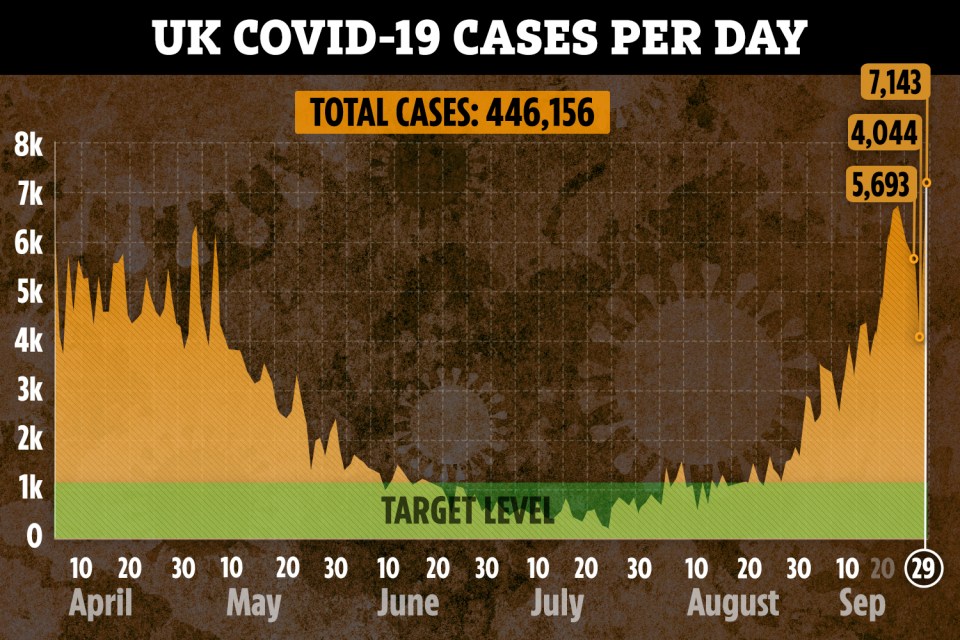