There are hopes America will reopen its border to Brits after the PM meets President Joe Biden at the White House tomorrow.

Boris Johnson boards a flight to New York from Stanstead ahead of a meeting with US President Joe Biden, in a bid to restart UK-US travel[/caption]

Mr Johnson will also join more than 100 world leaders at the UN — the last gathering before November’s landmark Cop26 summit in Glasgow.

He will urge them to step up on climate change in the last 50 days before November’s get-together.

And he will announce an additional £500million of UK funding to help poorer countries move away from coal.

Mr Johnson said he would push the leaders to take “concrete action on coal, climate, cars and trees”.

It is still not known whether Chinese president Xi Jinping will attend Cop26, although a delegation from the globe’s most polluting nation will be there.

CROC ON THE LOOSE 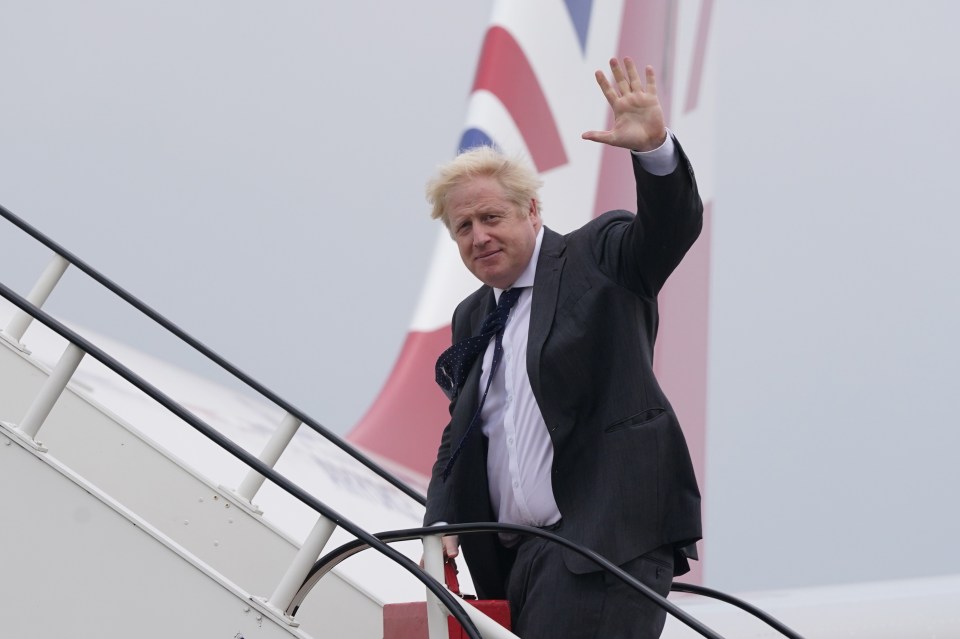