BORIS Johnson has hired Love Island’s Laura Whitmore’s personal trainer to help him shape up after his coronavirus battle.

The PM was snapped out jogging with Harry Jameson this morning in central London.

Boris Johnson was snapped with Harry Jameson this morning[/caption]

The pair were out jogging in Lambeth Park[/caption]

Harry and Laura together after a workout[/caption]

Harry has been helping Boris to get fit[/caption]

Love Island host Laura revealed on Instagram back in March she had been working with Harry too.

She had said: “Let’s get physical, I have these five little exercises I do with @harryjamesonpt and now I can do [them] at home and so can you.”

Yesterday the PM revealed he’s lost a stone and a half and is feeling “much better” after launching into a fresh health kick.

He rubbished “nonsense” claims he will quit in 6 months because of his ill-health from his battle with coronavirus.

The PM said he was feeling “far better” than ever after losing 1.5 stone after a report claimed chief adviser Dominic Cummings’ father-in-law had told a journalist he would resign.

During a visit to Appledore Shipyard in North Devon the PM addressed the rumours, telling Devon Live: “It’s absolute nonsense! I am feeling, if anything, far better as I’ve lost some weight.

“Not enough, but I have lost at least a stone and a half.

“I feel much much better for having lost, by my standards, quite a lot of weight.”

The PM was admitted to the intensive care unit at St Thomas’ Hospital in London in April after he became sick with the virus.

Mr Johnson was given “oxygen treatment” and spent three days in intensive care with the nation on tenterhooks as to whether he would make it.

He later blamed his weight as being a factor in why he was sick – and urged the nation to follow him on a health kick.

Obesity has been flagged as a major risk factor for the virus.

The PM has launched a fresh obesity drive to try and fight Britain’s bulge – with bans on advertising junk food and NHS partnerships with weightloss programmes like Weight Watchers. 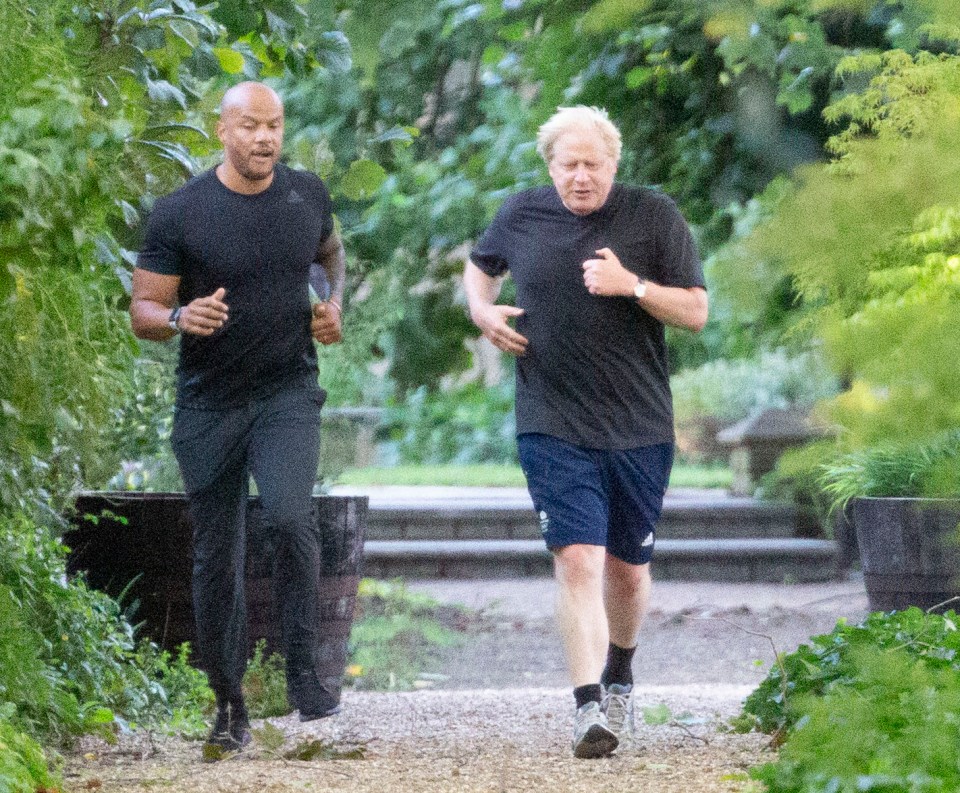