BORIS Johnson had a one-night stand in the exclusive Swiss ski resort of Davos, an explosive new book claims.

The PM is accused of having an affair with an English woman while he was in the Alps at the World Economic Forum seven years ago.

The claim was made in explosive new book The Gambler, by Tom Bower[/caption]

Author Tom Bower makes the revelation about the now PM in his book The Gambler, serialised in The Mail on Sunday.

According to Bower, the one-night stand happened after Boris, then Mayor of London, left a meal without paying his share of the bill following banter with the then-Chancellor George Osborne.

When he arrived late, Osborne said: “Oh look. The leader of municipal government in England has arrived.”

Boris asked “Would you like a drink?” And when Osborne said yes he shot back: “Then get one!”

The book claims even though he was married and having an affair with American Jennifer Arcuri, Boris rushed off to meet the “brunette” — later  a vocal critic of him.

Mr Johnson’s love life is known to be colourful.

He wed first wife Allegra Mostyn-Owen, who he met at Oxford University, in 1987 when they were both 23.

But they split after he had an affair with Marina Wheeler.

The book claims even though he was married and having an affair with American Jennifer Arcuri, Boris rushed off to meet the ‘brunette’[/caption]

He married Marina in 1993 but had affairs with society girl Petronella Wyatt,  journalist Anna Fazackerley and arts consultant Helen Macintyre.

Boris and Marina split in 2018 and he is now engaged to Carrie Symonds.

Their son Wilfred was born in April.

Boris is now engaged to Carrie Symonds, with their son Wilfrid born in April[/caption] 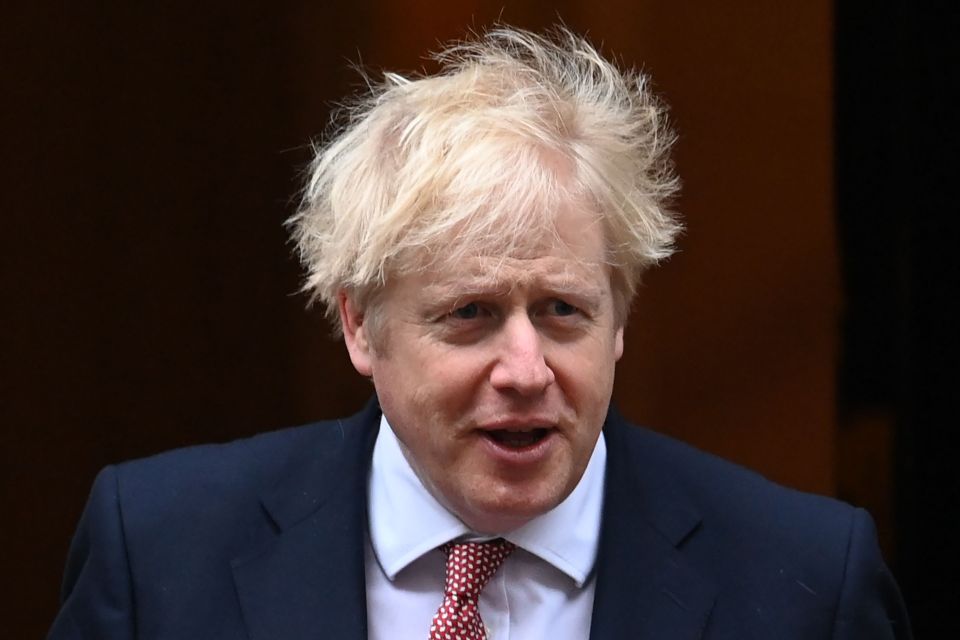