DEFIANT Boris Johnson today faced down calls for fresh Covid restrictions and instead “stuck to the plan” of a booster blitz.

In his first remarks since dire warnings of 100,000 cases a day, the PM said the pandemic dashboard was “within the parameters” of what was expected.

The Government is holding off launching Plan B just yet – that would bring back masks, working from home and vaccine passports.

Instead they’re ploughing ahead with Plan A by urging over-50s who had their second dose more than six months ago to get a third shot of the vaccine.

Holding his nerve on a trip to Northern Ireland, Mr Johnson said: “We are continuing with the plan we set out in July. We are watching the numbers very carefully every day.

“The numbers of infections are high but we are within the parameters of what the predictions were, what Spi-M (modelling group) and the others said we would be at this stage given the steps we are taking.

“We are sticking with our plan.”

Both Mr Johnson and Mr Javid are backing The Sun’s Give Britain A Booster campaign.

The PM said: “The most important thing people can do now is get that booster jab. You get the call, get the jab.

“We have done about four million booster jabs already but as soon as you become eligible, as soon as you get that call, everybody over 50 should be getting that jab.”

Downing St today insisted draconian Covid plans to restrict households mixing are NOT being drawn up by government.

Mr Johnson‘s spokesman said it was “not accurate” that ministers and officials are secretly working on a “Plan C” in case the NHS is crippled with surging cases.

Reports in the Telegraph this morning suggest the PM could ban different households meeting like previous lockdowns if the current approach falls flat.

But the PM’s official spokesman said: “It’s important to stress neither ministers nor officials are working on those proposals – that’s not accurate.”

He repeated Mr Javid’s warning that Britain is heading into a tough winter and they’d be “carefully monitoring” rising infections, hospitalisations and deaths.

The Health Secretary yesterday stopped short of pushing the Plan B panic button.

But he dangled the threat of fresh restrictions to cajole Brits into getting booster jabs amid fears of waning immunity.

Mr Javid warned people to get jabbed “not just to save lives, but to keep your freedoms too.”

The Government has ruled out a return to fully-fledged lockdown and wants to move away from “government diktats” to personal judgement.

No10 is under pressure from medics to launch Plan B now amid warnings frontline docs are feeling the strain.

The British Medical Association has accused ministers of being “wilfully negligent” by holding off.

But Downing Street said the country’s top boffins – Prof Chris Whitty and Sir Patrick Vallance – agree with them that now’s not the time.

Asked if the two advisers supported the decision not to trigger Plan B, the PM’s spokesman said: “They are independent and I can’t speak for them.

“If you are asking me if they have formally requested that change to move to Plan B, they have not.” 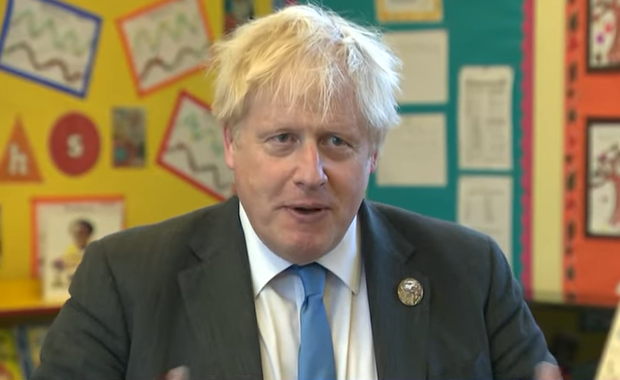