The Prime Minister and his faithful hound were seen pounding the paths in a park yesterday ahead of today’s Budget.

The Prime Minister pounded the pathways in a London park[/caption]

The Jack Russell cross bounded way ahead of the Prime Minster.

Mr Johnson was left in tow wearing his trademark baggy woollen hat and holding the lead, as the pair exercised in London.

The PM also wore Adidas shorts and a dark sweatshirt.

In a move heartily backed by The Sun, Boris offered to host the Covid-hit Euros in the UK.

The PM donned shorts and a dark sweatshirt[/caption]


Meghan ‘faced bullying complaint from one of closest advisors at Palace’

BACK IN THE ICE BOX


Temperatures to plummet to -10C this weekend after spring warm spell

Mr Johnson said that the nation was on standby to take on more games.

He said: “Any other matches they want hosted, we are certainly on for that!”

And Whitehall sources say they stand “ready and waiting” for the call from Uefa to stage the entire summer showpiece. 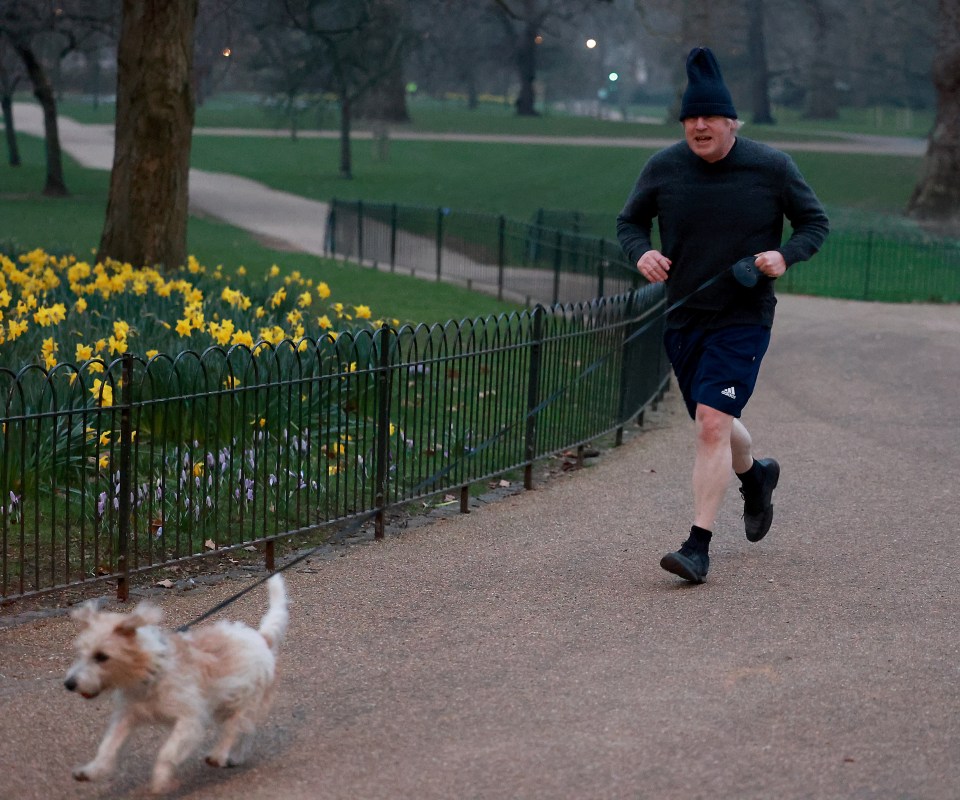