Boris Johnson ‘ditched family, flew to lover’s villa, climbed the walls and said: This proves I love you’

Boris Johnson ‘ditched family, flew to lover’s villa, climbed the walls and said: This proves I love you’

WITH a string of affairs, two ex-wives and a secret love child, Boris Johnson is infamous for his colourful love life.

Now his indiscretions are being laid bare in a new bombshell biography.

Investigative author Tom Bower’s explosive book, Boris Johnson: The Gambler, charts the PM’s journey from chaotic childhood to the door of No10 — and all his affairs in between.

And the author hears from friends who blame his wayward nature on a troubled childhood and the influence of his father Stanley.

BoJo’s flings are set out in jaw-dropping Technicolor by Bower, none more so than his passionate tryst with journalist Petronella Wyatt, 52.

At the time, the man dubbed “Bonking Boris” was editor of The Spectator, nicknamed “The Sextator” because of affairs between staff.

Bower describes how in 2001, Boris, 56 — then married to second wife Marina Wheeler, 56 — penned a love note to Petronella, leaving it on his untidy desk.

Petronella found it, leading to a tortuous on-off affair that left Boris racked with guilt and jealousy and even threatening suicide.

Within eight months of the start of their fling, Petronella was pregnant.
Bower writes: “Attracted by the idea of a second family, Boris urged her to have the child. She was torn.

“Unwilling to be a single mother, she insisted that they should marry.”

The stand-off led Boris to see a divorce lawyer before confessing all to long-suffering Marina, with whom he has four children.

‘AN INABILITY TO TAKE WOMEN SERIOUSLY’

Boris pledged to end things with Petronella, even writing out a cheque for all his life savings and handing it to his wife as proof.

Petronella went on to have an abortion — but the affair continued. A year later she gave him an ultimatum: He was to marry her or move on.

Boris did not marry her, but he could not leave his mistress, either.

The book claims the PM was on holiday in Sardinia with his wife and children when he learned Petronella was 300 miles north in Tuscany.

Ditching his family, he flew to see her. Bower adds: “He climbed the walls of Petronella’s villa and declared that his impulsiveness and bravery proved his love.

“But again he returned to Marina.”

Petronella’s attempts to shake him off led her to move to the US with a new American boyfriend.

Even then, the book claims, Boris bombarded her with so many calls it ultimately “shattered” her new relationship.

Petronella returned to London and she and Boris began seeing each other gain.

Boris and his father Stanley photographed at the launch of Boris Johnson’s book ‘The Churchill Factor: How One Man Made History’[/caption]

The book tells how Petronella learned she had fallen pregnant by BoJo again in September 2004.

This time, she decided to go ahead with the pregnancy.

Heartbreakingly, she suffered a miscarriage, with Boris arriving “in disguise” at the hospital to share their “genuine misery for their lost child”.

Bower adds: “Humiliated, Marina changed the locks to their house and took off her wedding ring before allowing Boris to return a week later.

“It was at this point he revealed to her his secret about his father hitting his mother.”

Boris met first wife, Allegra Mostyn-Owen, at Oxford. They wed in 1987 despite her father warning her: “He’s rapacious. What do you see in him?”

Their marriage ended in 1990. Allegra, 56, later said: “Boris’s game-plan was influenced by what Stanley had done.”

Bower noted: “His refusal to be with her, she decided, was a blind spot he had inherited from Stanley: ‘An inability to take women seriously’.”

The Californian digital entrepreneur was just 26 when she met Boris, then London Mayor, in 2011.

Aides say she “clearly targeted” him as a way of boosting her business, and within minutes of meeting him she had filed his number under “Alexander the Great” (Alexander being Boris’s real first name).

Bower tells how Boris had promised to his election guru, Lynton Crosby, that he would not begin any flings until after his London Mayor re-election bid in May 2012.

But his relationship with Arcuri grew ever closer, with her flat now “a haven” as he “feared his family life was withering”.

The book details BoJo’s “depression” and how Arcuri became a “partly mother figure and partly lover” to him. She said: “I fell in love. I never admitted how much I loved him.”

Bower describes how by 2014 Boris “no longer concealed the relationship from advisers in Conservative Central Office and City Hall”.

But when he stepped down as Mayor in 2016, the pair went their separate ways.

Bower reveals his last message was sent on December 29, 2018 — two years after their last meeting.

He apparently texted, “I miss you and I need you”. She deleted the text.

Their affair began in 2009 and she gave birth to a girl a year later.

Macintyre fought a legal battle to keep the father’s identity secret but in 2013 she lost and Boris was named.

Her boyfriend at the time, financier Pierre Rolin, later said of Boris: “I think he has no moral compass. He thinks he is completely entitled. One day the truth will catch up with him.”

Bower even reveals how Mary Wakefield, 45, a commissioning editor at The Spectator and now wife to BoJo’s right-hand man Dominic Cummings, 48, “developed a crush” on the future PM. Ex-Telegraph director Jeremy Deedes is quoted as saying she was “besotted” with Boris.

The quote continues: “She was like a spaniel on heat. Boris was scratching his head, ‘What are we going to do?’ he asked me.”

Their affair began in 2018 and was the final straw that ended his 27-year marriage to Marina. On Boris and Carrie’s now infamous 2019 row that was recorded and leaked by a neighbour, Bower describes it as a “domestic tiff”.

Friends also told the author how one of the middle names given to the couple’s son, Wilfred, had “provoked uproar” with Boris’s dad Stanley, 80.

‘ABSENCE OF ANY HOME WARMTH’

The choice of Nicholas was believed to be after Boris’s stepdad Nick Wahl, who married his mum Charlotte after her divorce from Stanley.

Later Boris declared he was in fact named after Nicholas Hart and Nicholas Price, the doctors who had saved him as he battled Covid.

While the PM’s string of affairs litter the biography, long-suffering Marina’s incredible loyalty also courses through the pages. But after Carrie’s affair emerged, Bower writes: “Marina was emphatic.

“She couldn’t take his infidelity any more. She explicitly blamed his father, Stanley.

“All Boris’s worst qualities stemmed from that relationship.”

Details of the PM’s toxic childhood are also revealed, as Bower documents the “absence of any home warmth”.

Sister Rachel Johnson, 55, tells how Stanley’s divorce from Charlotte, who had suffered from a nervous breakdown, left the children feeling “abandoned” and with “no home”.

The author adds: “Charlotte is certain that her suffering preyed on the young Boris. Denied his mother’s embrace and the absence of any home warmth while at prep school Ashdown House in East Sussex, there was a vast emotional hole. Some called the result ‘the frozen child’.”

CAMILLA, Duchess of Cornwall, told Boris she fought off a sex attacker when she was 17 – by hitting him “in the nuts” with her shoe.

Bower’s book tells how she summoned BoJo to her Clarence House home when he was Mayor of London.

She grabbed him by the wrist and told him: “You and me, upstairs now.”

Over the course of an hour, Camilla recalled how she had been on a train when she was assaulted by the man.

“I did what my mother told me,” she said. “I took off my shoe and hit him in the nuts. And then I reported him to the police at Paddington.”

Bower claims Camilla told Boris she would attend to open two rape crisis centres if he agreed to finance them.

Boris later told an aide: “Oh God, what a woman!”

Bower’s book is one that goes further than any other to date in painting a picture of how Boris became the complex figure who polarises opinion across Britain today.

As one early school friend told the author: “We were the children of fathers who failed their sons, and created troubled boys.” 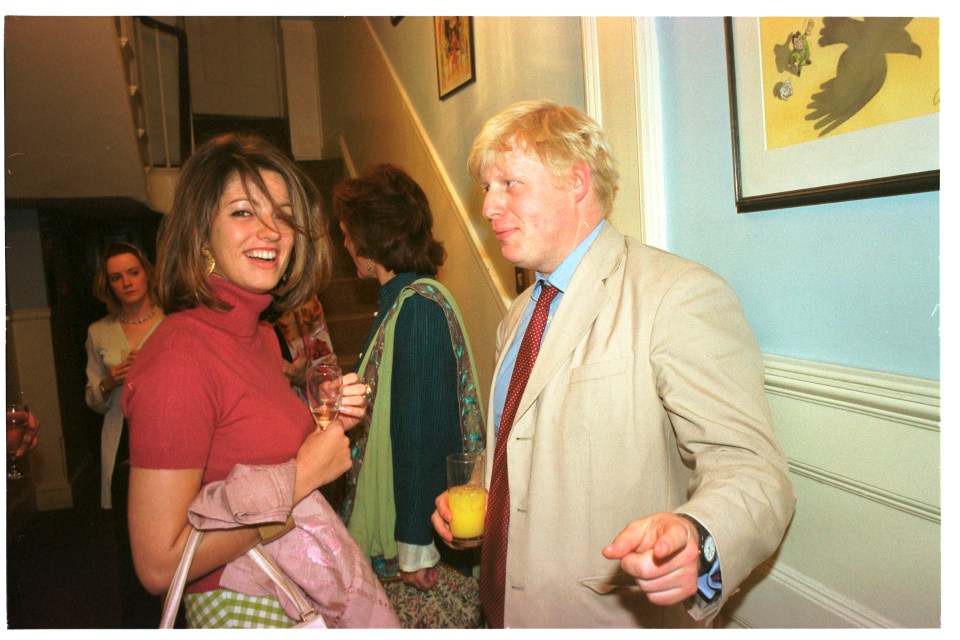