BORIS Johnson is at odds Joe Biden over whether Covid leaked from Chinese lab.

Asked by The Sun about the fears the bug escaped from a Wuhan research facility, the PM said: “At the moment, the advice that we have had is that it doesn’t look as though this particular disease of zoonotic origin came from a lab.”

He added: “Clearly, anybody sensible would want to keep an open mind about that.”

However the US president did not scotch the claim, saying it was not yet certain whether or not “a bat interfacing with animals and the environment caused this Covid-19, or whether it was an experiment gone awry in a laboratory”.

G7 leaders yesterday renewed calls for a further investigation into the origin of the Covid pandemic amid questions over whether it leaked from the Wuhan Institute of Virology.

“We haven’t had access to the laboratories,” Mr Biden told reporters.

Speaking at the Cornish summit on Saturday, the head of the World Health Organisation, Dr Tedros Adhanom Ghebreyesus, said that after almost 3.75 million deaths worldwide, people deserved to know the source of the outbreak.

He told: “We believe that all hypotheses should be open, and we need to proceed to the second phase to really know the origins.”

However, Mr Biden was less certain saying it may have been ‘an experiment gone awry in a laboratory’[/caption] 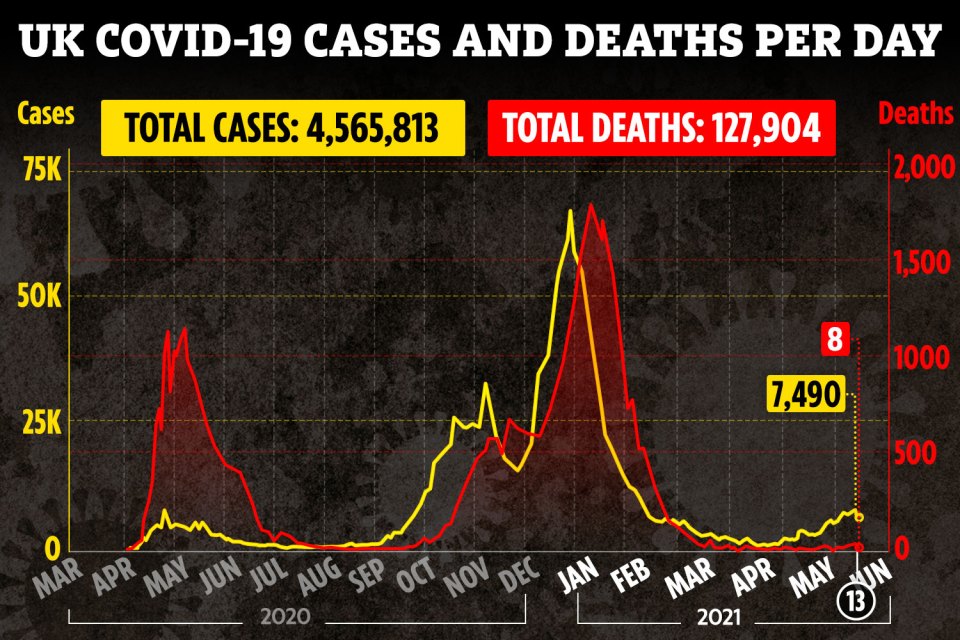