BBC luvvies sparked uproar on Monday by saying they will ditch the words from Land of Hope and Glory and Rule, Britannia! for Last Night of the Proms.

Last Night of the Proms traditionally ends with Land of Hope and Glory and Rule, Britannia![/caption]

Beeb bosses instead announced they would feature — but only as orchestral versions amid fears of a backlash from Black Lives Matter campaigners due to lyrical connotations about the British Empire.

But Tory MP David Morris said: “We cannot erase our history. We have got to be proud to be British. It does not matter what colour, creed or religion you are.”

Brexit Party leader Nigel Farage told The Sun: “The BBC should stop apologising for our history and our heritage. People will be disgusted by this level of political correctness. The only thing that needs cancelling is the BBC itself.”

And North West Durham MP Richard Holden wrote: “Another stupid move from the BBC. Just let the people sing! At every turn the BBC just dig the hole they’re in a bit deeper. They need to stop with this attempt to appease the woke morons.”

The annual Royal Albert Hall concert, beamed around the world, traditionally ends with the flag-waving anthems.

But organisers were said to be concerned about their links to the British Empire, and lyrics including: “Britons never will be slaves.”


Gavin Williamson slaps down Sturgeon’s demand for masks in schools


ASK to go back to work, Boris tells Brits as he piles pressures on bosses

The PM said that while he understands the emotions involved, “we need to tackle the substance of problems, not the symbols”.

There will be no audience at the Proms due to Covid restrictions.

The BBC said a soprano will sing Jerusalem and You’ll Never Walk Alone to create a “poignant and inclusive event” and capture “the mood of this unique time”. 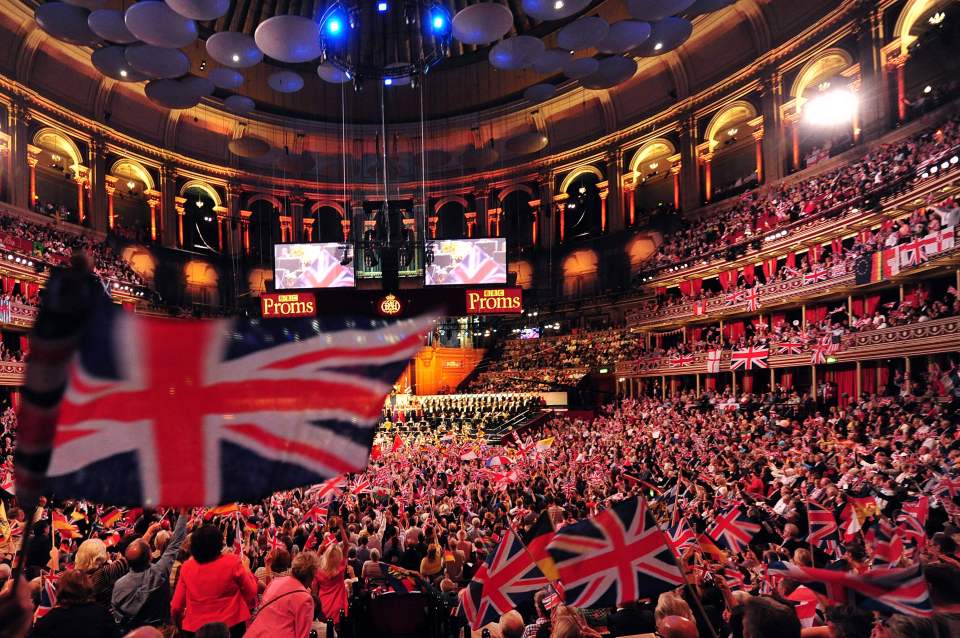