A FOUR nations Christmas COBRA meeting will take place today to hammer out a festive deal to save the holidays – as the PM warned last night people will need to be “jolly careful”.

Cabinet office minister Michael Gove will call the four nations together for a meeting to try and agree on joint plans so people can meet up next month.

Nicola Sturgeon, along with the leaders of Wales, Mark Drakeford, and Northern Ireland’s Arlene Foster, will speak with Mr Gove this afternoon.

All four have agreed in principle to a joint set of rules for the four nations over the Christmas period.

A devolved administration source said this morning: “Nothing has been agreed, but getting around the table is clearly a good sign.”

It’s expected that they will agree a five-day period for people to travel to see friends and family and relax the Covid rules for a period of time – set to be between the 24 and 28 of December.

But there had been reports Ms Sturgeon was more concerned about whether Scots would be able to celebrate New Year.

Yesterday, however, she suggested there wouldn’t be any exemptions for this.

The First Minister said the issue of New Year had been touched on at four-nations talks about easing rules over the festive period.

But she said it was “not to the extent, I should be very clear about this, that we’re trying to get an agreement to cover Hogmanay and New Year’s Day”.

Ms Sturgeon said: “We’re not. Obviously, you know, again, just accepting reality, Hogmanay, and I think the tradition of New Year’s Day dinner is a bit more established in Scotland than it might be in some other parts of the UK.

“So we have to consider that but I – I do not expect that we will be announcing any particular relaxations over the New Year period.

“And why not? Because we can’t do everything. The Christmas thing is hard enough.”

It’s thought that police chiefs and ministers thought it would be too difficult to police relaxation of those rules.

Ms Sturgeon said she is considering “slightly larger bubbles” for households over the festive period.

Ministers have been examining whether larger groups will be able to meet up for a family Christmas lunch next month.

But Matt Hancock has said social distancing should still be in place, even when people do come together.

He told MPs this morning: “It won’t look exactly the same as normal, that’s for sure.”

“It is an important national holiday for everyone in this country.

“Whilst of course we considered the impact of those on other faiths, Christmas is a special time.”

Boris Johnson insisted yesterday it was the “season to be jolly careful” as he warned the nation Christmas would not be completely normal.

He added: “We all want some kind of Christmas, we need it, we certainly feel we deserve it. But what we don’t want to do is to throw caution to the winds and allow the virus to flare up again, forcing us all back into lockdown in January.”

And he warned that people deciding to meet up should make a judgement call about whether it would be sensible to do so.

The PM said: This virus is obviously not going to grant a Christmas truce, it doesn’t know it’s Christmas, and families will need to make a careful judgement about the risk of visiting elderly relatives.”

There are concerns that for every day of unlocking, it could mean up to five days of extra restrictions needed come January. 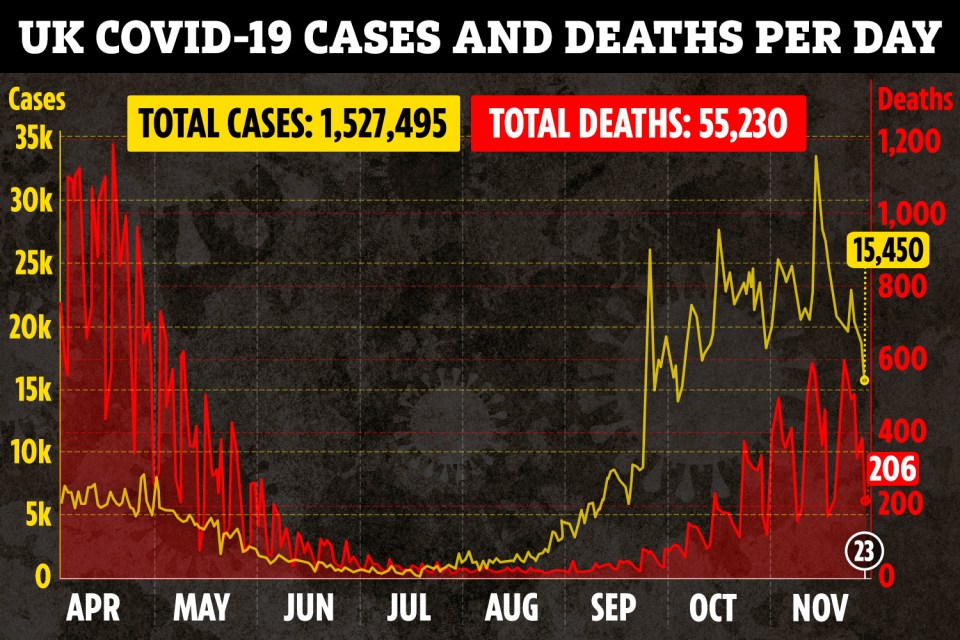 The PM is already due to put more of the country into a greater lockdown than before when he introduces his new tiers system next week.

MPs and local leaders are scrambling to make sure their areas stay out of it, amid fears it will cripple businesses.