Shares of Russian technology giant Yandex soared to new heights on Wednesday, extending the gains of around 5% recorded in the previous session after the firm said it would buy Uber out of several joint businesses.

Yandex stocks soared to $77.6 per share in early trading hours on the Moscow Exchange, marking a record high. The company’s market value has nearly doubled over the past year and amounts to nearly $25 billion.

Last year, Yandex stock price renewed record highs on several occasions. The latest jump comes as the company said it was buying out Uber’s shares in its food tech, delivery and self-driving businesses. Besides, the tech giant reportedly has an option to purchase the remaining interest in the Yandex-Uber joint venture in a deal that could reach $3 billion.

The deal will bring the Moscow-based corporation 100% of Yandex.Eats, Yandex.Lavka and Yandex.Delivery, along with a self-driving venture that operates cars and drones in a $1 billion cash deal. Moreover, the firm will get an option to acquire the remainder of Uber’s ride-hailing and car-sharing business.

Yandex and Uber closed the deal on the merger of Yandex.Taxi with the Uber ride-sharing businesses in Russia and neighboring countries back in 2018. Since then, the venture has expanded into other businesses, such as food delivery and autonomous vehicles. 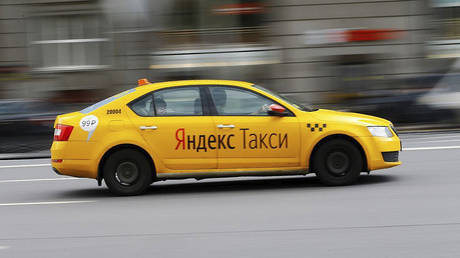 Air pollution could cut 9 years of...

Warning to DELETE Facebook as ‘thousands’ race to quit app

‘I’m richer than the whole roster, b*tch’: McGregor brags he is wealthiest ever UFC fighter as he puffs cigarette topless in motor