Worst of coronavirus impact on Russia’s economy over – Putin

Worst of coronavirus impact on Russia’s economy over – Putin

Russian President Vladimir Putin says the country has already passed the peak of the economic problems caused by the Covid-19 pandemic, paving the way for economic recovery next year.

In an interview with the Rossiya 24 TV channel, the president said the country’s key macroeconomic indicators are stable, despite the aftermath of the coronavirus crisis. According to Putin, low inflation levels and rising gold reserves offer yet more proof that the national economy is on the path toward recovery.

“We believe the peak of our problems has passed and I hope we will gradually begin to recover,” he said. “We are not much different from other countries in the world – I think our recovery will be secured next year.”

According to Putin, the Russian economy is set to shrink between five and six percent this year. This is in line with the expected contraction of the global economy, which is predicted to fall by five percent.

The president pointed out that, despite difficulties this year, Russia has continued to boost its bullion and foreign currency reserves. According to the most recent central bank data, it currently has $590.2 billion in its forex reserves.

“This creates an additional safety cushion…It’s not a panacea for all ills, but it is important,” the president said, adding that the holdings give the government confidence that it will be able to cover its budget needs and fulfill social obligations. 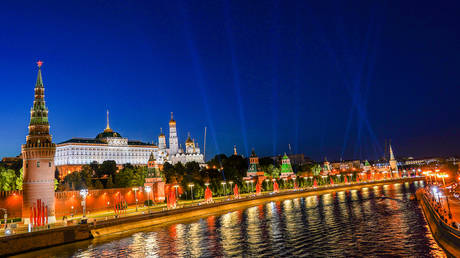